Bigger than life: an interview with Big Freedia

I’m blessed to have my own show and to have a platform to speak on a lot of different things that are happening around the world. 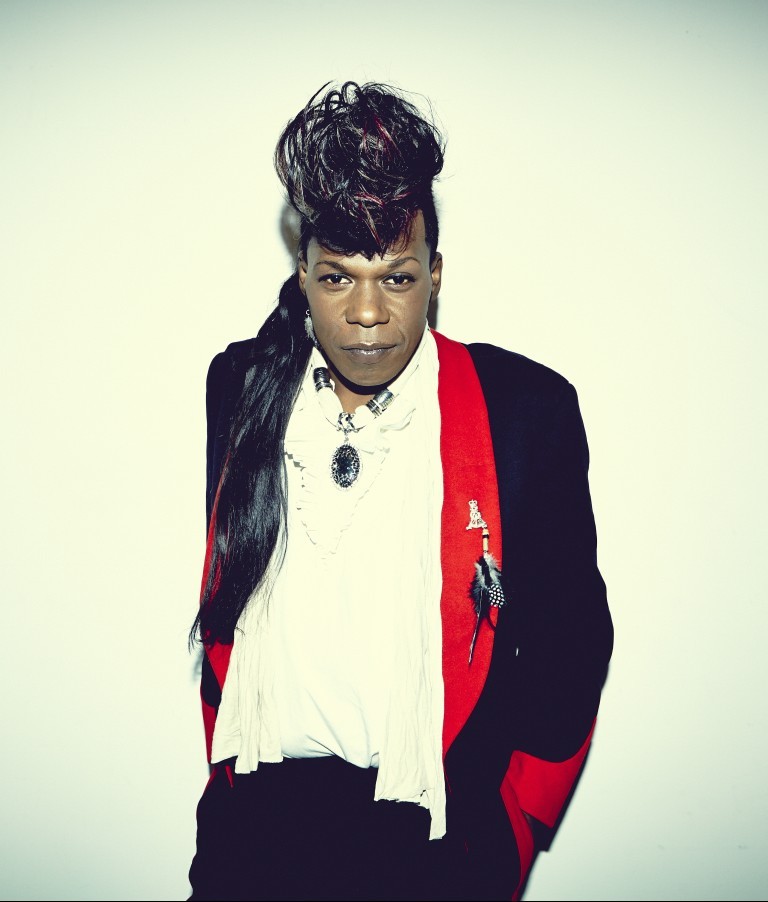 With a large, well-manicured hand in multiple domains, Big Freedia is on her way to becoming (drag) queen of all media. Musically, Freedia can be credited with introducing the hip-hop/house hybrid bounce music to the public and increasing its familiarity in the mainstream. In print, her memoir, Big Freedia: God Save the Queen Diva!, puts her experiences into words. Watching her reality TV show Big Freedia: Queen of Bounce, we witness her trials, tribulations and triumphs. With a movie, Heart, Baby, due to open soon in theaters, Big Freedia further increases her already considerable profile. To be clear, it’s Big Freedia’s world, we just bounce in it. [Big Freedia performs at Milwaukee on June 11.]

Big Freedia: Well, I definitely think it’s grown since the time, like you said, that we last spoke. It has definitely been accepted around the world and I’m super-excited about that. That people allow me to come to their hometowns and be myself and represent the culture of music that I represent, and New Orleans, especially. (Bounce music) will continue to grow. The sounds are getting bigger; it’s elevating. More artists want to work with and incorporate bounce music in their music. I’m very excited about the way things are going and where they can go.

GS: As you’ve said, you’re “one busy queen,” including the upcoming fifth season of Fuse’s Big Freedia: Queen of Bounce. What’s the best thing about having your own show?

GS: What are you most excited about when it comes to season five of Big Freedia: Queen of Bounce?

BF: I’m most excited to see the roller coaster that I’m going to be on. Where I’m going, where I’m traveling, what’s going to be (happening) in the season. Figuring out at that point in my life what’s happening next. It’s a lot of hard work and determination. I put forth my best effort and present to the world what’s going on in my life and (that of) all the people around me.

GS: What can you tell me about the movie you made earlier this year?

BF: The movie is called Heart Baby. It’s about a boxer who was in jail. I’m one of the featured actors and I’m totally excited about that. I’m ready to step into the acting world some more. I’m such a diverse artist and I’m able to be creative on a whole lot of levels.

GS: What part do you play?

BF: I’m one of the queens in jail who was the “mother” of the girls in jail.

GS: You also wrote a book, Big Freedia: God Save the Queen Diva! with your publicist Nicole Balin. What was that experience like for you?

BF: It brought back a lot of emotions. I had to revisit a lot of things from childhood to currently now. It was a fun experience to jog my memory for all the things that have happened – or at least to my best recollection. It was an exciting and hard process for me. We only had a certain amount of time to get our draft in and finish the book. We were on a tight schedule. Lots of hours of talking on the phone to Nicole, and then her coming to New Orleans and meeting and going to the places where I grew up. It was interesting to tell my life story in that period of time the best I could. Then to have a finished product was really amazing.

GS: Beyonce tapped you to be a part of her song “Formation.”

GS: What was the experience of working with Queen Bey like for you?

GS: What did it mean to you that she knows who you are?

BF: We’d been in contact before I did the song. She’s been aware of who I am and what I represent and my music. She’s been following me. She was a fan first.

GS: In June, you are performing at Pridefest in Milwaukee. What can fans expect from a Big Freedia Pride show?

GS: We’ve lost some big name musical acts this year, including David Bowie and Prince. Have you performed or do you plan to perform any of their songs when you play Milwaukee Pridefest or other shows?

BF: I haven’t gotten that far yet. I have so many other things in front of me. But I did do a dedication to Prince at my show at Jazz Fest in New Orleans. It started raining right when I was singing “Purple Rain.” I couldn’t have asked for a better performance at a better time. In the future I’ll definitely be dedicating some stuff to both of them.

GS: If you don’t mind, I’d like to end on a serious note and ask you to say something about the controversy surrounding North Carolina’s House Bill 2, also known as the “bathroom bill.”

BF: I just think it’s a bunch of bullshit. There were drag queens way before my time and they will continue after. They’re making a big mockery out of nothing. People just want to be able to govern us with everything. They should just let people live and be free to choose whatever bathroom they choose (for) whatever their preferred gender may be. I’m definitely going to continue to support those people. I will be at Hopscotch Music Festival (in Raleigh, Sept. 8-10) and letting them know that there are people there giving them moral support. I will be the artist that goes there and lets them know that. Fuck what the Governor says. Do you and be you and just live!