We would rather be in gay bars all over the world than enything else. 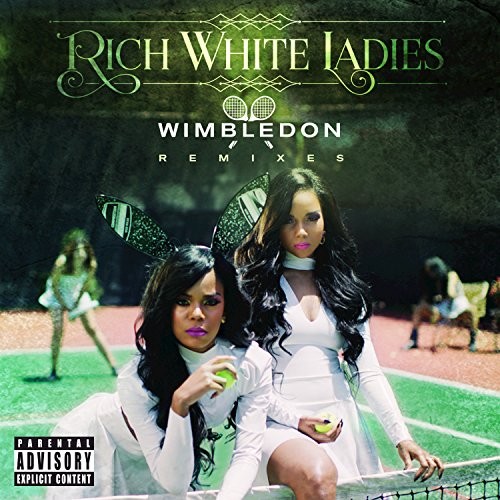 The Rich White Ladies are much more than their moniker. Composed of Toyko Diiva and Scotty Rebel, the group is neither rich or white. Meeting at a club back in 2007 helped the two form the name after meeting a man on the street who told Tokyo that she was giving off a rich white lady vibe. The duo then served up a smash single YouTube sensation called “Wimbeldon” thanks to a fun video complete with rabbit ears and tennis outfits.

The Ladies return to Roscoe's Tavern this month. Nunn rang them up to talk about it...

JN: How are you both?

JN: Where in the world are you today?

JN: You are both from there originally?

TD: Yes. We are both from the Bronx.

JN: Does that mean you are tough girls?

TD: New Yorkers are confident but I don't think I am very tough. Scotty is tough.

SR: You think I am tough?

JN: Where did the group name and individual stage names come from?

SR: Scotty Rebel came from my last name and a word to describe me. My last name is Scott. I was telling someone about my life and everything I have been through. He said, “You are such a rebel.” Ethiopia Habtermariam over at Motown started calling me Scotty Rebel.

JN: Are you a diva Tokyo?

TD: I didn't choose the name, the name chose me. I will just leave it at that, short and simple. There's no big story about it.

JN: I heard you both are Jem and the Holograms fans. Did you see the preview to the new live action movie yet?

TD: It killed me. I was depressed. I can't lie. It looks really bad.

JN: I know some people are already disappointed.

TD: I mean come on, where are the actual holograms? There's no Synergy computer. I didn't even see Shana the black girl with the purple afro.

JN: There are no Misfits!

SR: That's what I said. It just looked like Lizzie McGuire turning into rockstars. That is what the trailer looked like. They should have just left it alone.

TD: They could have at least had better wigs.

SR: Those wigs were horrid.

TD: The fashion wasn't on point either.

TD: The new EP is out on iTunes. You should buy two or three copies if you can. It is our first body of work available for purchase. We are really excited about that. The full album is kind of done. We are just finishing recording some more of it last week. We are going to put that out later this year.

JN: What does “One Percent” refer to?

TD: That was written during Occupy Wall Street protest and we basically flipped it saying that we are the one percent. We were not going to have society tell us who the one percent is. We are aware of the actual issues but we turned it around.

JN: Where did the beat on “Ransom” come from?

SR: That is from Semi Precious Weapons. They wrote and produced our whole album.

TD: He is from Chicago.

JN: He's here sometimes when he's not touring. I saw him in the video for “Wimbledon.” How did you get to know him?

TD: I met him about eight years ago opening for Gaga at a Perez Hilton event. I was obsessed with the whole band after that.

SR: Tokyo introduced them to me. I was immediately obsessed with them, too. When the opportunity came to work with them we went with it.

SR: No. I like Janet Jackson, Michael Jackson, Prince, and Madonna.

JN: That is my generation!

TD: It's a legendary generation.

SR: It is timeless music.

TD: I was just asking about Pat. You know you will see Joan Jett pop in and out but I haven't seen Pat Benatar.

JN: Speaking of tours, I heard last time you were at Roscoe's that you both partied until the break of dawn.

TD: Yes, we sure did. We partied all night. People came with their bunny ears and dressed up.

SR: We just stayed and partied. It was that much fun. We did not want to leave.

JN: I heard you were partying until four in the morning.

SR: (laughs) Yes, I think we were there until the sun came up.

TD: They better have a bedroom ready for us this time!

JN: Do you have a favorite drink that you like?

Both: Jack and coke.

JN: So a big bottle of Jack Daniels is required.

SR: Yes, but can you make sure there is a glamorous fan in the back?

TD: I got enough weave to blow now.

JN: Where does your fashion sense come from?

SR: I think it came from my past life. I was Cleopatra in a past life so I love gold. I am inspired by characters and super models so early '90s, Christy Turlington, Linda Evangelista, Gianni Versache, and I love Pretty Woman so I love my hooker boots.

TD: I am into grunge so I throw on whatever I want. I am into leather and tight things.

JN: You are performing at several Pride events after this. Describe your relationship to the gay community.

SR: Honestly I think they are the smartest people on the fucking planet so I support them like they support us. We are amazing and they recognize amazing talent plus creativity and originality. They show the most support and we love that. We would rather be in gay bars all over the world than anything else. We are excited about it. On YouTube you can see on the drag scene where they create a lot of out music and it is so inspiring and entertaining. There is one called “White Powder Perm” where the drag queen is blowing powder on everyone in the audience. We are not talking about coke but it is really cool that she did that.

JN: What is coming out soon for you?

TD: We will be working on some really dope visuals in the next few weeks. Everyone will have a video for our next song in the next two months. After that we have the new album and putting out a single for that. No single names just yet, we have a few that we are thinking about.

JN: Were you surprised by the hit of “Wimbledon?”

SR: We were not surprised by it because we deserve that kind of response and the love that came from that video. We put a lot of work into that. We were happy when it came out and read for the next thing because we have a lot of ideas. This is just the tip of the iceberg for us!