With every beat of her heart: an interview with Nina Diaz

I love to go dancing, I really do. 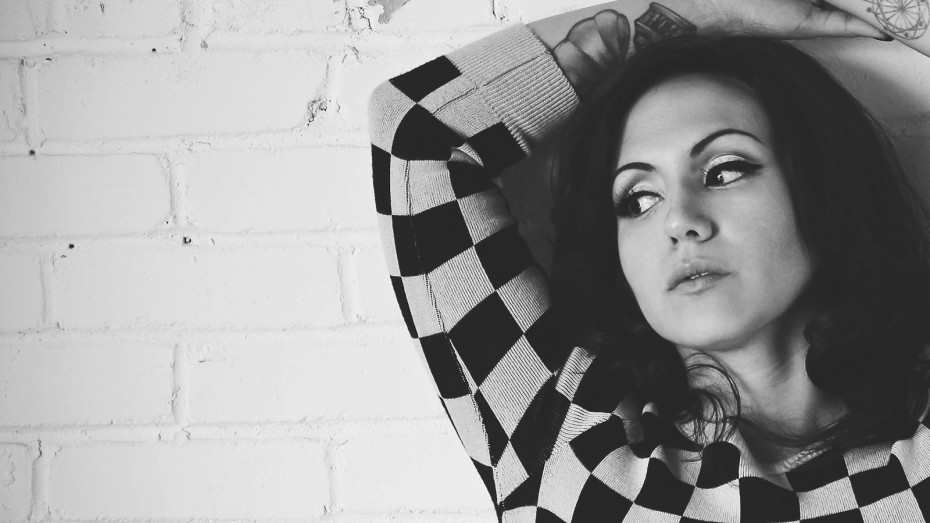 First things first; Nina Diaz, lead vocalist and primary songwriter for Girl in a Coma wants you to know that the band has not broken up. This, in spite of the fact that Nina has released a solo album and the remaining members, Jenn and Phanie, have formed another side-project band called FEA.

Now that we got that out of the way, it’s not unreasonable to think that longtime Girl in a Coma fans, as well as both existing and new Diaz fans are going to be pleased with her solo debut The Beat Is Dead (Cosmica). The first thing listeners will notice is the lively beats and synths of songs such as “Trick Candle,” “Queen Beats King,” “Young Man,” “Screaming Without a Sound” and “Down.” Of course there are plenty of songs here to satisfy the GIAC crowd, including “Rebirth,” “11,” “Dig” and “Fall In Love.” I spoke with Nina about the album and more in the fall of 2016.
Gregg Shapiro: Nina, Girl in a Coma songs were credited to you as lyricist and the band for the music. How did that process work?

Nina Diaz: The way the Girl in a Coma process worked is that I’m really the main writer of the band. There have been a couple of songs, such as “Race Car Driver,” where we were just jamming out in the room. Phanie wrote the music for “The Photographer” and she wrote the beginning of “Mr. Chivalry.” But a majority of the Girl in a Coma catalog began with me and my acoustic or electric (guitar). When it comes to lyrics, I’ll free-flow lyrics while I’m writing the song. Sometimes I’ll go back to some of my journals and fill in the story of whatever my mind is trying to go for or whatever happened to be in my subconscious. When we credit it, since we all worked on it, it’s a very loving…we’re sisters! I would never be like, “This is mine!” We all took part in it. We all made the Girl in a Coma sound. They wrote their parts and we always split it equally. Lyrics are what I have. That’s where I tell my stories. It was the right thing to since we all took part.

GS: Did you still work in that order while you wrote the songs for your solo album The Beat is Dead?

ND: It was a little bit different for my solo record. It was a little bit the same way when it came to the lyrics because, lyrically, this whole album is about my recovery and the things I went through when I was deep in my addiction. It tells stories in a different mindset. Some of these songs I wrote when I was still using and some I wrote right after I got sober. The rest I finished deep in my clarity. A lot of it has to do with the things that I found out about myself as I was continuing my sober journey. Musically, it still began with me and my guitar. I also wrote the bass part and the drum part and the keys part. I outlined everything and then I worked with some really great musicians, including David Garza, a musician based out of Austin. I’m sure you know him.

GS: Yes, I do. David is a fantastic musician!

ND: He’s amazing! I wish I could pick his brain all the time. He’s been right by my side through this whole solo journey. He’s very encouraging. He was in the studio with me.  He brought in Patricio (Dávila) who drums for Ximena (Sariñana) into the studio. I showed them all the songs and they did their thing to it, outlining it a little better for me. I’m not the best bass player or drummer and they were like, “Here, let’s try this.” And I was like, “Oh, yeah, that’s what I was going for [laughs].” They and Manny Calderon, the producer for the record, helped take the songs to the next level.

GS: Listening to you talk about making this record, as well as what you said about Girl in a Coma, leads me to believe that you are someone who plays well with others.

ND: I do! In the beginning I wasn’t that great. I was 13 years old and very stubborn. I was very picky. Me and the girls put each other through lots of different things. As I progressed as a musician and a writer, the girls helped me loosen up, too. Now, that’s what I was eager to do (with the solo album), to hear the opinions of other musicians. When I was starting to do my solo stuff, I tried bringing (the song) “Trick Candle” to Girl in a Coma. That was one of the first songs that started off my whole solo thing. We worked on it, but it wasn’t sounding like what I was hearing in my head. The girls understood because it was turning into a Girl in a Coma song. But I was hearing something different. That’s what started the whole conversation about it being time for me to do my solo record. It was a good thing. Even now, with the musicians I have with me on the stage, they’re all musicians from San Antonio and they’ve done a lot of stuff in the city. I’m happy to have them backing me up as I take this music on the road.

GS: I’m so glad you mentioned “Trick Candle” because I think it’s one of the places where you really distinguish yourself on The Beat is Dead; also later on the new wavy “Down.” Both songs could be dance club hits with the right remixes. How would you feel about being a dance diva?

ND: I’d love that! [Laughs] that would be awesome. I love to go dancing, I really do. Like I said, I’m sober, and the one place, beside the stage, where I can really lose myself is when I go out dancing with my friends. I hope to bring that with the music and for the audience to take that. I do hope to make remixes with other great artists who do that and slowly make my way into wherever it wants to go. If it goes into me being a dance diva, I’ll take it [laughs]!

GS: Was putting “Trick Candle” first intentional, as a way to put some distance between you and Girl in a Coma?

ND: Mainly the reason that “Trick Candle” is the first song on the album was because it was the first song that brought about the whole solo thing. Within the sound I hope that people will hear that it is different from Girl in a Coma. I am trying to distance myself musically, mentally. I love my girls and we’re still together, we’re still a band. But this is just part of my process to heal from the things that I’ve been through and for me to find my own identity. It’s not a bad distance; it’s a good distance for me to find myself.

GS: A line from the song “Queen Beats King” is where the album draws its title.

ND: Originally, I was thinking about calling the album 22 because I have an obsession with the number 22. I see it everywhere. But then I’m like, “Wait, Adele does numbers albums.” Not to say that I’m anything like Adele or her magnitude, but it did cross my mind. This was early when I was in the studio. As things progressed and I was throwing around titles for the album, I was watching a (David) Bowie documentary and something happened in it where he took a lyric from one of his songs and used it as the title of one of his albums. It inspired me to look through my lyrics and I liked the way the words “the beat is dead” from “Queen Beats King” sound together. “The beat is dead” is not literal. It’s just that that part of me is over and victimizing yourself is done. “Queen Beats King” is a story of strength. Getting lost in something, whether it’s a relationship or a dark side, and finding your way out of it. That’s what “the beat is dead” means to me.

GS: I also really love the raw emotion of “For You.”

ND: “For You” was one of the last songs that I complete for the album. Originally, it was an unfinished Girl in a Coma. We jammed it for a couple of sets. It was very different. It had the same chord structure, but it was faster. It just wasn’t hitting. I was playing around with it and I slowed it down. I was really into Krishna when I got sober. I would go to temple. This was my song to Krishna, about me giving myself to Krishna. But then I as found my sober route, I tucked into different kinds of religions and I realized that “For You” is just me giving my all to music and my all to my family. Anything positive – that’s what I’m giving my all to. Musically, I wanted it to be stripped down. I was really into Sinead O’Connor’s version of Prince’s song “Nothing Compares 2 U.” I wanted to have that vibe while I was working on the song. I was inspired by that. Then, later on, something that happens to me when I title songs, I found out that Prince had a song called “For You,” too. It really was an accident [laughs]. My song was very much influenced by that slow, romantic build-up kind of energy.

GS: As the straight girl in the band, what did Girl In a Coma’s LGBT following mean to you and what would it mean to you if they continued to support you in this solo endeavor?

ND: It was great how the community grabbed us. That wasn’t our intention when we started the band. Jenn was the only lesbian and then, later on, Phanie was like, “I’m gay, too!” We’re all just being ourselves. Of course, being women and being Latina, all of this stuff we didn’t think about when we were working on music – “We’re going to be a spokesperson for this or that.” It just came along as we started to see the effect that we were having on these communities. I know that Girl in a Coma is very grateful for all of that. Now, as my solo stuff continues, I hope to have that same love. I hope to help in those communities the best that I can, whether it’s standing up for certain things; any way that I can help, I’m going to put it out there. That’s the whole point of this solo stuff – to stand up for the person that I am and stand up for other people. Now, I think I’m ready to take on any responsibilities that hopefully come my way as I progress to open doors.