Staying power: an interview with out singer/songwriter Thalia Zedek

I think when I find myself leaning too far in one direction I kind of rebel against it and pull the other way. 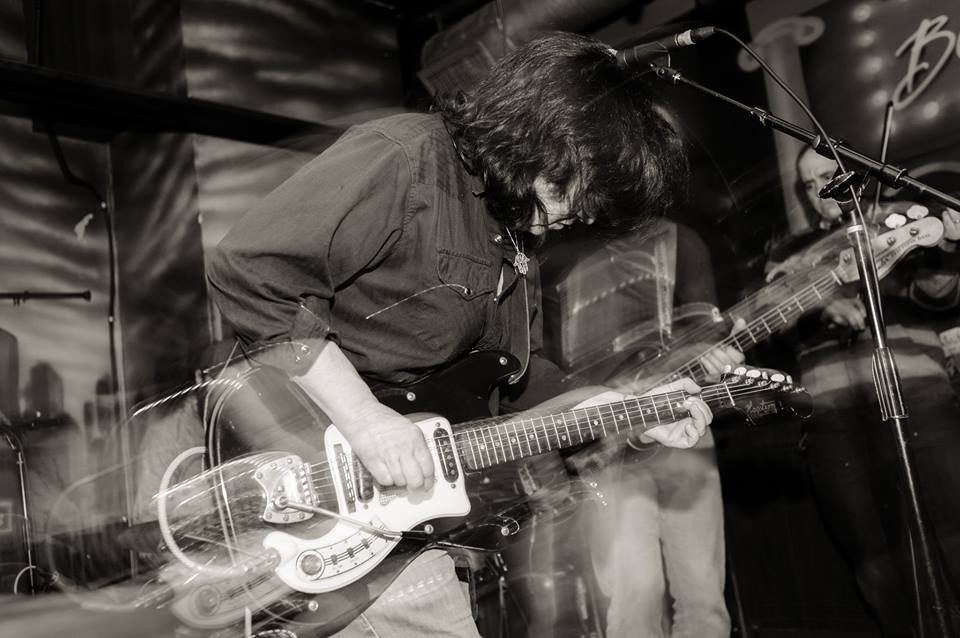 The indie and college rock music scenes have seen a fair share of artists come and go since gaining mainstream attention in the early 1980s. To her credit, Thalia Zedek, who performed as a member of influential bands including Dangerous Birds, Uzi, Live Skull and Come, has been a constant presence. In recent years, as a solo artist and leader of Thalia Zedek Band, she has created some of the best music of her lengthy recording career. Due to be released in August, the moody, exquisite and challenging, Eve (Thrill Jockey) by Thalia Zedek Band is no exception. I spoke with Thalia about the new album and more in July.

Gregg Shapiro: Thalia, how would you say that you’ve evolved as a singer and songwriter in the 15 years since the release of your first solo album Been Here and Gone?

Thalia Zedek: In terms of singing, I think that I’m a much stronger singer now than I was back then. I think playing in a band with piano and viola has given me more room to be more subtle and expressive in my singing as compared to when I fronted really hard, loud bands. And when I quit smoking, in 2008/2009, that made a huge difference in terms of strength and clarity.

In terms of songwriting I think it might be more of a circular thing. I tend to go back and forth between quieter melancholy songs and more forceful, less traditional structures. I think when I find myself leaning too far in one direction I kind of rebel against it and pull the other way.

GS: Do you think being a queer musician played a part in that evolution?

TZ: That’s a tough question. I don’t think my being queer has had much impact on my evolution as a singer or songwriter.

GS: One of the more remarkable things about Been Here and Gone album was the inclusion of cover tunes, such as Leonard Cohen’s “Dance Me To The End of Love.” As a songwriter, how do you know when a song is right for you to cover?

TZ: I have to really love the song and then it’s usually very natural. I never listen to the original when I’m working up the cover; I just try to find the key and tempo that feels right for my voice, which enables me to really inhabit the song. I do make a point to get the lyrics right, though, because I have great respect for all the artists that I’ve covered and they usually tend to be great poets like Leonard Cohen. There were two other covers on Been Here and Gone. “1926” was written by Gary Gogel in the 1980’s for his band V;. Susan Anway sang the original. And “Day in the Life of a Fool” is the English version of the classic “Manha de Carnival” by Luiz Bonfa.

GS: Beginning with 2008’s Liar and Prayers, and including your new disc Eve (Thrill Jockey), your full-length solo albums have been credited to Thalia Zedek Band. What can you tell me about that name change?

TZ: When I first started my solo thing after Come broke up I assumed that I would be playing with a revolving cast of characters. I guess my idea was to just go under my own name so people could come and go and I wouldn’t be dependent on them to perform the material. Then it was eight years later, and the fourth record, and I was still playing with three of the original band (members Davis Michael Curry, Daniel Coughlin and Mel Lederman), and I had added a fourth member, my former “Come-mate” Winston Braman on bass. I wanted to give those guys the credit they deserved and so I asked them to come up with a name but they didn’t want to, so I just started calling it the Thalia Zedek Band.

GS: Eve, the title of the album has a few obvious references, from the biblical Eve to the time before an event. How are you using it?

TZ: Definitely as the time before an event. The time between now and whatever happens next and, perhaps, in a foreboding sense as well.

GS: Since 2013, you released Via, followed by 2014’s Six EP and now we have Eve. Would it be fair to say that you are in the midst of an especially prolific creative period?

TZ: Prolific for me anyway [laughs]! I think that I’m still quite a slow writer compared to some others. But it was almost five years between the Liars and Prayers LP and the Via LP and that didn’t feel good. There were various personal and band reasons for that, but I think that stuff has kind of settled down for now so I’ve been able to get a bit of momentum going again which has been great. I’m definitely much happier when I’m writing and playing a lot [laughs]!

GS: The combination of guitar and viola on Eve’s opener “Afloat,” give the song what I would describe as an insurgent country feel. Does that sound like an accurate read to you? If not, how do you see the song?

TZ: That song definitely has a real Americana feel to it. To me it is very Neil Young influenced. It’s about Hurricane Sandy and how surreal it felt. NYC is so powerful and built up, it’s easy to forget that it’s also an island and susceptible to the elements.

GS: Of all the songs on the disc, I keep returning to the intense “By My Hand.” What can you tell me about the inspiration for the song?

TZ: The inspiration for that song was actually the Boston Marathon bombers. They lived not too far from me and my neighborhood was more or less in the middle of where the whole manhunt went down. It still is hard to comprehend and I think maybe I was just trying to make sense of it in my own way.

GS: As in “By My Hand,” dreams play a part in the gorgeous “You Will Wake.” What can you tell me about your relationship to your dreams.

TZ: In my dreams there has always been a certain city that I end up in, and when I’m dreaming I recognize it from other dreams. I can see it in my mind’s eye, kind of a combination between San Francisco and somewhere I’ve never seen before. There is a very steep hill with many neighborhoods leading down to the sea. I could almost draw a map of it [laughs]! I wonder if that city exists in the world and if one day I will come across it and recognize it from my dreams! If I did it would be amazing!

GS: Eve is the first of two albums that you are releasing in 2016. The second is by your trio E. What can we look forward to with this album?

TZ: E is a very different band from the Thalia Zedek Band. The music sounds very different as well. Me and Jason Sanford (Neptune) and Gavin McCarthy (ex-Karate) write all the songs collaboratively and we all sing. Jason builds his own instruments and effects pedals so it’s a really unique sound. I would say it’s pretty abrasive and explosive and not at all traditional.

GS: As a pioneer, a godmother, if you will, in the venerated Boston music scene of the early 1980s, do you think that kind of confluence could ever occur again in Boston?

TZ: Oh yes, definitely! Boston still has a very vibrant music scene with lots of support from college radio and many venues, both traditional and underground. There are so many colleges and universities here which means there is always something new bubbling up.