Come get you some of Big Dipper at Berlin Nightclub 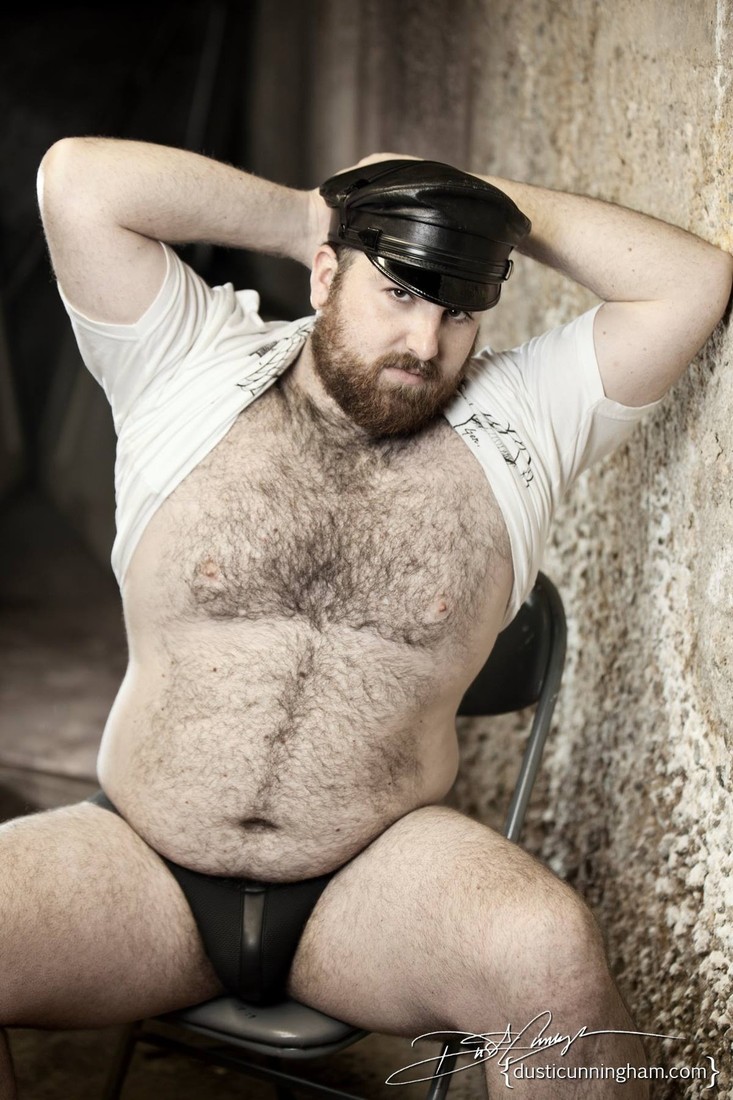 Big Dipper is a Chicago-born Brooklyn-transplant bear of a rapper. His crazy antics, exciting live shows, and infectious music make him the most exciting independent rap act to watch this year. Named one of Hip Hop's Queer Pioneers by DETAILS magazine in 2012, he has been profiled by VICE, Red Eye Chicago, the Huffington Post, Out.com, Chicago Reader, and countless other blogs and online publications.

He released his debut EP THEY AINT READY in January of 2013 with a follow up mixtape THICK LIFE in October 2014.

Since then he has been leaking singles, remixes and mixtape tracks on his SoundCloud.

With over 800K views on his YouTube channel, he is best known for his music videos for Drip Drop, Meat Quotient, Skank and he made quite a splash with a sexy shower video tribute to Ciara's Body Party.

Seeing is believing, come get you some this Friday at Berlin Nightclub where he's headlining Friday F \ / K Fest at 10:30pm with an all-star lineup. To talk to him about the show, Adam Guerino asked him a few questions:

AG: Unless Big Dipper is your given name, what inspired your persona?

BD: Everything just sort of snowballed, there wasn't really any sort of grand scheme behind the creation of Big Dipper.

It really was a joke with some friends at first, writing rhymes, fantasizing about songs....then it all became real when I put out DRIP DROP.

At that point, I basically just did whatever came naturally to me in regards to content and performance and Big Dipper grew out of that.

AG: What have been some of your favorite moments from the stage?

BD: The surprise factor is always the best; when there is a fuck up, or the music cuts out, or an audience member gets excited and dances on stage with us, or anything....those always make the best stories.

I played a show in upstate New York last year that had a dj set after my live show.

LOL those kind of moments make me proud.

BD: YES! 2015 is gonna be CUTE! I've been sitting on a ton of new material that I'm going to finally release in 2015! I have a bunch of club tracks and a new video! Some rap tracks, mixtape stuff, AND a pop EP I'm gonna put out on itunes along with the video for VIBIN (which was kickstarter funded).

Also I have a bunch of travel plans, hopefully Europe, and so many US cities.

I love being on the road and meeting everyone at the shows....and more selfies on IG ! @BigDipperJelly

AG: Tell me about the other performers in Friday's show. You have Lucy Stoole, Valentine Addams and Celine Neon. Did you hand pick the group? What can the audience expect?

BD: I adore Lucy Stoole and Valentine Addams, they do drag that gets me really excited to be in the audience. I met them both back when I was still living in Chicago and I'm so stoked to see them perform on Friday. Oh and I'm OBSESSED with Celine NEON. One of my Chicago based back up dancers told me about them and I've been listening to their stuff for the last few weeks. Can't wait to see them live!!

AG: Any words for your haters?

AG: How about some love for your lovers?

Oh and I just put out a teaser for DA MONEY which is my new video/track that I'll be putting out this month! Watch it on my YouTube channel --> BigDipperMusic.

Check out all my videos actually and come to BERLIN ON FRIDAY!