Wig Out With Gin Wigmore

I wanted to throw myself in the deep end to see if I would drown or I would swim. 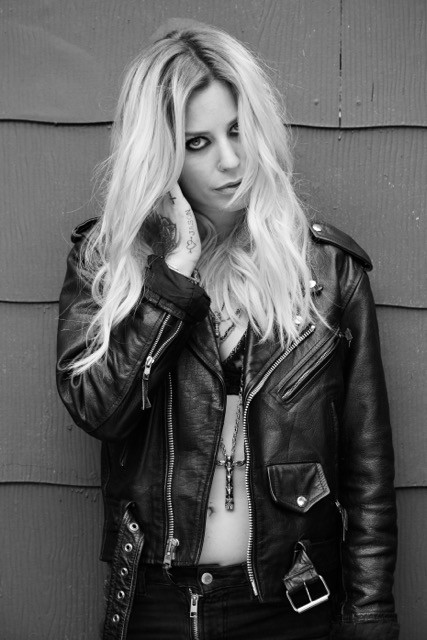 New Zealand singer Gin Wigmore brings a raspy voice to the music scene full of powerful words. She has released three albums and each one grows a little stronger. Her latest Blood to Bone record had a single “New Rush” featured on the Fifa 16 soundtrack.

Wigmore has toured with acts like John Mellencamp and Sheryl Crow. She returns to Chicago this month for a show that should not be missed.

JN: (Jerry Nunn) Hi, Gin. Where are you calling from?

GW: (Gin Wigmore) We are in Stowe, Vermont. We are on a barge in the middle of Stowe. It is snowing and fucking freezing. It feels like we are in a rehab facility. It is brilliant and we are very much away from things right now.

JN: I met you last time you performed in Chicago at Schubas.

JN: It was nice to see you meet your fans after the show. You were willing to stay as long as it took.

GW: That is the sole reason we are out here doing this. This is for the people that want to come to the shows. I value time very much. The fact they want to spend that with me, come to a show, and wait around for me, I think the very least I can do is respect them by giving that time back.

I really enjoy meeting people and seeing how they came across my music. Some of the stories are great. How far people have driven to get to a show is quite overwhelming and awesome.

Yeah, I am out there as much my voice will hold out from the cold or wherever I am standing after a show I will be there meeting everyone.

JN: Are you using the same band that you used at Schubas?

GW: Yes. I don't think they can get rid of me now. They are such good musicians. A band can be good or bad but in this case it is really good. We have become very close. That kind of thing can take years to formulate so there is no way we are getting rid of each other.

JN: Do you have a favorite song to play live currently?

GW: I have to say I have always liked playing “Kill of the Night.” It has been around a long time now but I like that and “I Will Love You.” I like “Kill” because it is sexy and loud with electric guitars. I like it when guitars can take on a personality. It puts characters in my head and has me in a good space.

“Love” I love because it was such a grind to write that song. It took two years to finally finish it. It has come a long way to play it. It is awesome. To see people moved when I play it is very special. That doesn't change every time I play it. I get that similar reaction. I live for it.

JN: I discovered “If Only” when you played it live and I listen to it over and over.

GW: Nice. That is a beautiful song. I really like that one.

JN: What was your direction towards making the album Blood to Bone?

GW: After Gravel & Wine I had no idea what I wanted to do with writing. I was exhausted. I had explored this blues, rock and roll thing a little bit. I just started listening to everything that I had listened to before which included hip hop, and electronic music. I started listening to Kanye 808s & Heartbreak, and old jazz. Stuff I hadn't been aware of before that.

I started working with people that were also in those worlds. I started thinking about synthesizers and writing from beats rather from just on the guitar. It was a more organic approach to the music. I left the traditional and went more modern.

I started doing that to purely excite myself about writing music again. I was bored with myself before that to be honest. I wanted to throw myself in the deep end to see if I would drown or I would swim. That was the sole purpose for this album.

JN: Has it been challenging to play live?

GW: Yes, it is different. My drummer is busy on the pads triggering all kinds of sounds. My piano player is doing all kinds of synths that we put on the record. I feel my band is a lot busier.

For me vocally it is more of a stretch. There is some real powerhouse stuff going on there with “Nothing to No One” and “24.” I had to be vocally ready for it.

JN: I thought “Nothing to No One” sounds very James Bond.

GW: Yes, that is what I think! I am always trying to write for a Bond film so maybe one day they will notice me.

JN: They will. Your music has been used on TV and in films. I heard “Black Sheep” on an Orange is the New Black commercial. Do you watch that Netflix show?

GW: I don't. I have tried but I just didn't get it. It is just not my bag. I watch a series called The Killing. I need something serious to put my shoes in. Orange is too safe for me but I am glad they used my music. I was stoked.

JN: I discovered your music when they played “Hey Ho” on Showtime's Weeds.

GW: That was ages ago. You are old school. It is crazy how that happens around the States in particular when my music travels. It is a way I can keep living so I am very happy about all of that.

JN: Do you listen to artists like Elle King who sound similar to you?

GW: I don't listen to her but she totally does. She's a newer artist so I guess she has listened to me more than I have listened to her.

GW: I have a new one that is pretty rad. It is on the back of my leg. I have Edith Piaf. She is my favorite singer. There is a sparrow around her. It is really fiercely done.

JN: Would you like to work with producer Mark Ronson?

GW: He is an incredible producer. If he asked I would not say no. He's not on the top of my hit list but he is incredible. “Uptown Funk” is an amazing song and the things he has done with Amy Winehouse. I would not turn down a writing session with him.

JN: What are your plans for after the tour?

GW: Well, I have been writing a ton at the moment. I have been writing for other artists, for movies, and my own stuff as well. I think I might throw myself in the deep end a little more. I want to harmonies and layering of my voice. I find that interesting to figure out.

We will be touring until the end of this year and maybe go out with other people or maybe a festival.

I really want to do an EP so that is where I am at. I want to keep releasing little bits of music rather than waiting two years to have a baby, that baby being a full length album.

JN: That is the way the music business is these days.

GW: Yes, I love that. It takes the pressure off the artist. Your fans can be satiated with having new music. You can keep progressing regularly.

JN: You have lots of LGBT fans including myself.

GW: Nice, yeah! I get to see you in Chicago again. Bring all of your friends, my love, and let's have a party!