Come back to the disco, Jimmy Somerville 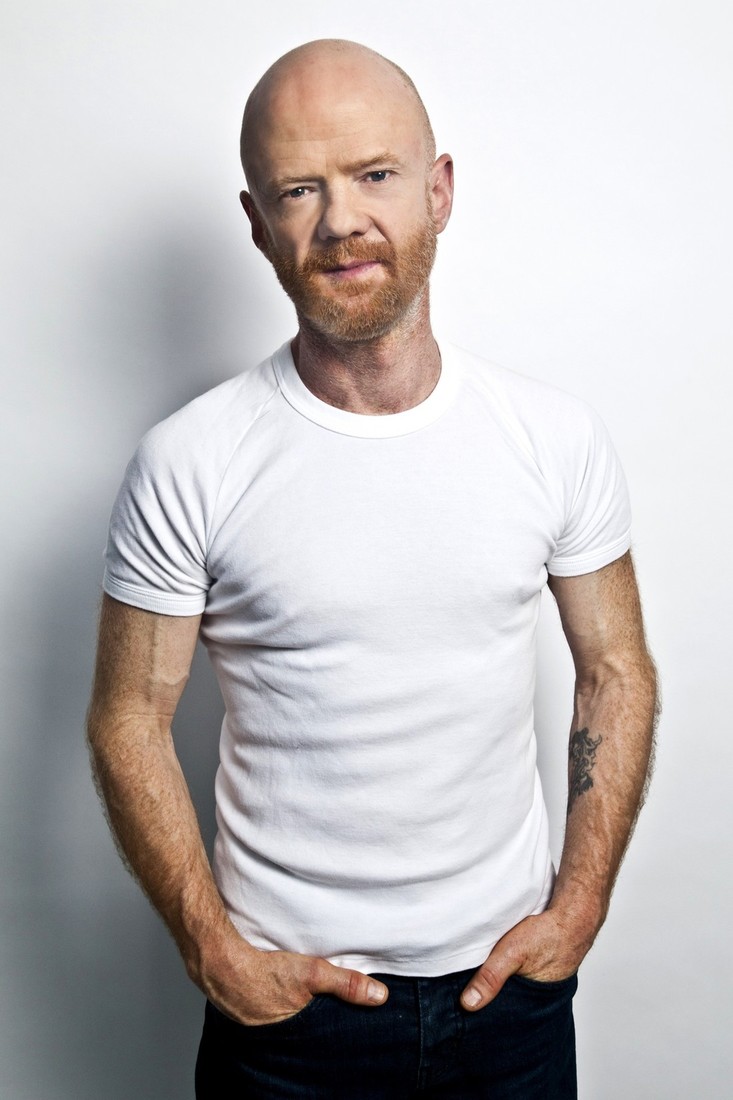 Jimmy Somerville is well-versed in the language of disco. He recorded a cover of Donna Summer's "I Feel Love" on The Age of Consent, the groundbreaking 1984 album by his band Bronski Beat (which also contained the classic gay anthem "Small Town Boy"). With his next band, The Communards, he recorded versions of Thelma Houston's "Don't Leave Me This Way" and Gloria Gaynor's "Never Can Say Goodbye," two more songs from the disco dynasty. On his solo debut album, 1989's Read My Lips, Somerville matched Sylvester's falsetto on his rendition of "You Make Me Feel (Mighty Real)."

So it should come as no surprise that Somerville would eventually record an entire disco-oriented album as he's done with Homage (Membran), out in March. Opening with the Love Unlimited Orchestra-esque strings on "Some Wonder" and continuing through Giorgio Moroder grooves on both "The Core" and "Travesty," Somerville pays his respects to disco throughout this reverent recording. I spoke with Jimmy about the album and more in February 2015.

GS: (Gregg Shapiro) Jimmy, do you remember what the first disco song was that you danced to in a gay club?

JS: (Jimmy Somerville) I remember the first time I ever went to my first grownup club. I wasn't yet legally allowed to go to a club. I think they liked the look of me at the door. They took one look at me and thought, "What the fuck?" [laughs] and they let me in. The club was split into two sections. The top part was a general kind of Billboard chart music and down in the basement it was all disco. I got downstairs and the first thing I danced to was the 17 minutes of (side one of) Donna Summer's A Love Trilogy. As soon as I got on that dance-floor [laughs], I thought to myself, "There is no turning back!" I thought, "Who needs Toto? I've got disco."

GS: I'm so glad you mentioned Donna Summer because her longtime producer/collaborator Giorgio Moroder is undergoing a major comeback. On your new album Homage, listeners can hear his influence on the songs "The Core," which reminded me of his early work with Summer and the amazing "Travesty," which recalls his late `70s work with her. Can you please say something about what Giorgio means to you?

JS: The sad thing for me is that he represents for me something I don't think he even realized he was doing. When he got older and so many people started reminding him, I think he may have started to realize. I remember meeting him and I asked him about (his album) From Here to Eternity and he didn't remember it. I felt like he had fatally wounded me when he said he didn't remember it. To me, he represented a whole kind of European influence on pop and disco and melody. The whole thing he was doing with Donna Summer was a very Euro-centric sound. I really loved that. I loved soul and disco and funk. When that unique European melody was injected into disco, I thought that was the most fabulous thing. For me, from that period, the Once Upon A Time album (by Donna Summer) is possibly one of the best concept albums ever. The arrangements by Bob Esty are absolutely amazing; the combination of electronics and live (instruments). Then you go to the one track that no one ever seems to notice – "Queen For A Day." You have this whole computer-generated synthesized sound and then the piano chords take you into a whole orchestrated opening. The first time I ever heard that, I thought I was going to piss myself.

GS: I actually think Once Upon a Time is a better album than Bad Girls, personally.

GS: I love the way your new album Homage opens with Love Unlimited Orchestra strings tribute on "Some Wonder." It's one of those sounds that bring back a flood of memories. Does that have anything to do with why you chose to open the disc with that track?

JS: The homage is actually me going back to the music that was my awakening to music and pop and disco and culture and politics; everything, really. Disco was part of the underground, the black subculture. From track one to track 12; it's my homage to the genre. As we know, there is a lot of bad and shit disco. Disco gets a bad name. Everybody thinks it's office parties with polyester trousers, frizzy wigs and Bee Gees. It's much more sophisticated than that. This is my thesis on disco [laughs].

GS: It sounds like you've done a lot research, both personally and professionally to create this.

JS: Absolutely! I always used to love the elements of disco where suddenly you'd have a lyric such as Harold Melvin's "Wake Up, Everybody" – you'd listen to it and think, "Oh, my God!" Listen to the song "Village People" by the Village People. It's all about liberation, celebration and positivity. There was so much of that kind of sentiment in disco. I wanted to put where I am at this time in my life, that positive energy, that idea that no matter where I am at, I still have the ability to have some faith and belief in an optimistic attitude. That's what I wanted to put across on this album.

GS: I'm glad you said something about people's attitudes towards disco. In some circles, there is an ongoing debate about the difference between disco and EDM. Do you think there is a difference and if so, how would you explain it?

JS: Doing this album, we didn't use any electronics. The only thing we did use was the keyboard that I think is called a Mellotron. It's a string kind of keyboard. I think it was used on some of Donna Summer's early albums. We used it on "The Core." But the rest of it, the strings, the horns, the percussion, bass guitar; everything is live. There are no computers, no synthesizers. To me, that's what true disco is. The most beautiful thing that I experienced making this album is that when everyone got on board and heard what we were doing, everybody wanted to be a part of it. They had the real pleasure of being a part of it. It was like they were joining in the celebration. That's when I realized that this was what I've always tried to understand about disco. Why has it hung around with me for so long? Why do I always go back to it? Why is it so special to me? I realized that a lot of stuff that I listen to, I pick up on that kind of positivity of it being a contribution from everyone.

GS: Because this music harkens back to a pre-CD era, will there be a vinyl LP version of the disc?

JS: Yes, a vinyl gatefold! Once again, I almost pissed my pants. I said, "Oh, my God, this is all my dreams coming true; my own album on a gatefold with everything that I loved about the process when I was a kid." When I bought Once Upon a Time and I opened the sleeve and I saw Donna Summer in that big white dress sprinkling stardust across Manhattan, I was like "Oh! My! God! [laughs]." You open the gatefold (of my album) and it has Homage in these huge silver letters. I put the BPM and the timing (in the graphics). Everything I was obsessed about reading (album) sleeves when I was a kid. It's my homage to the ritual of having the album in your hands.

GS: Last year, 2014, was the 30th anniversary of Bronski Beat's "Small Town Boy" single. Are you aware of the impact that the song had on a generation of gay men?

JS: Yes, I really am. It's something to be proud of. I'm also really aware of the impact that it still has today on a younger generation and what it means to people and how it can tap into people. It's a very emotional and evocative plea, a cry from the heart. It's honest and raw and it still has the power to move people. That's special and I'm very proud to have been a part of Bronski Beat and to have created that.

GS: Marc Almond, with whom you have collaborated in the past, is also releasing an album in 2015. Any chance that the two of you might go on tour together?

JS: Who knows? There's a possibility. We have to see what happens. I bumped into Marc just the other week at Pret A Manger in Soho. He was buying coffee and we were chatting and catching up. Possibly in the summer we might be doing some stuff together. It would be quite fun.

GS: Do you have plans to tour the States?

JS: Yes! Hopefully we'll get everything up and running. As I keep saying to journalists from the United States, put in the magazine that if there are any rich, old homosexuals with so much money that you don't know what to do with it, send it to me and I'll come and entertain them. Musically, of course [laughs].