The video is very polarizing 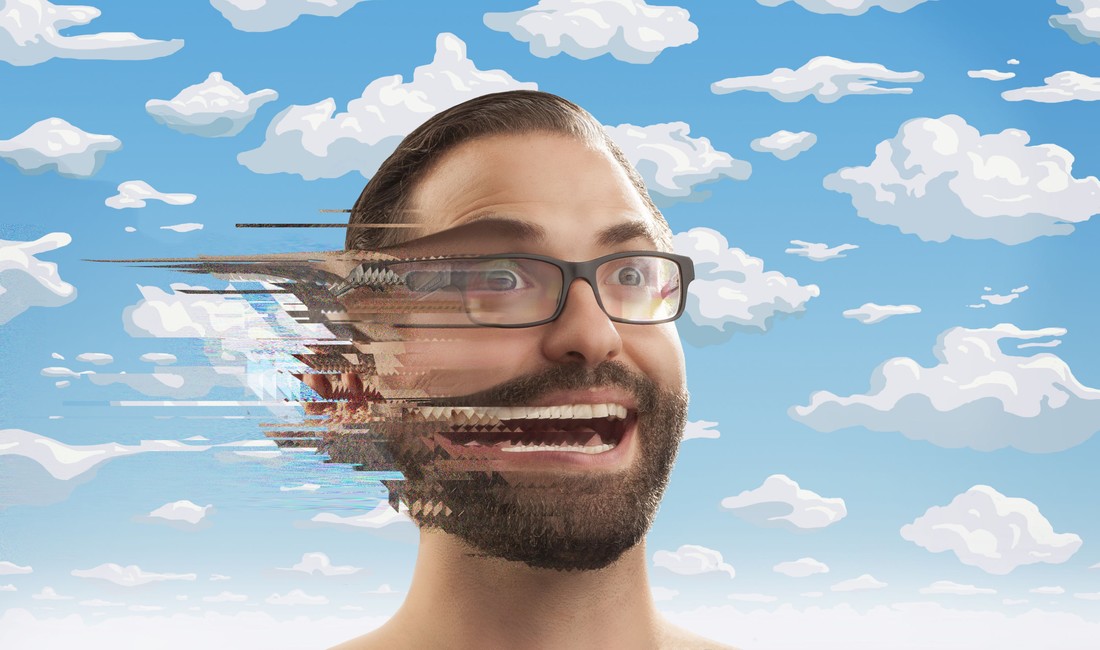 The album 1.0 was released in 2013 and the current 2.0 was just released in March of this year. It features artists like singer Rivers Cuomo from Weezer and dance group Dragonette.

At a recent show in Chicago, Alan sat down with Nunn to discuss new music.

JN: (Jerry Nunn) You are from Brooklyn?

AW: (Alan Wilkis) I was born and raised in Manhattan. I moved to Brooklyn about seven years ago.

JN: Were you always into music?

AW: Yes, it has always been the thing for me. I dabbled in other things but music has always been it for me. My music went into lots of different phases. Everything started with guitar. I started when I was 12 and did piano when I was even younger. Guitar got me really into music. I went through all sorts of phases from there. I played a lot of classic rock and jazz. I had a duo at one point where I played guitar and sang and he was a drummer. It was similar to The White Stripes. Once that fizzled out I got more into recording and producing. Remixing and computer stuff became important. I did some producing and that led into a project before Big Data. I released a bunch of singles as Alan Wilkis with whomever I was featuring on each song. The last one I was going to be making with Dan from the group Joywave. There was something about the way we worked together that felt a little different. That was the first spark of starting a new project. That is how Big Data started. This was all around mid 2012 and when I recorded my first Big Data songs but it was before I had the name.

JN: Where did the name come from?

AW: That summer I got the name from going to my friend's wedding. My friend is an actual big data scientist. He was telling me about his career. This was before the term big data was everywhere. It was specific to his data. I liked the name purely aesthetically but it had Radiohead elements to it although in a more modern day context.

Once I had the name the lyrical and conceptual stuff grew out of that. The first four songs I made were all with Dan from Joywave. With every Big Data song I write all the music and play all of the music. I will then co write all of the words and melodies with whomever the singer is.

Originally it was going to be me and Dan but his band started taking off at the same time. They wound up with a big song called “Tongues” right when “Dangerous” started to fire as well. It became clear that it would be me featuring whomever. I came back to my role as being a producer featuring lots of singers.

JN: Do you work in the studio with the artists or through email?

AW: I have to get together with them, which is ironic when it's a band about the Internet. If I were writing songs about whatever then I would have no problems just doing it over the Internet but this is very specific. Lyrically I have a consistent voice. It is almost always written from the perspective of the bad guy. I have a way it needs to go so I have a very heavy hand in things. At the same time I want it all from them and want them to be themselves through and through. It is so much better when we are in person.

JN: How do you pick the artists you collaborate with? Do they have to be in New York?

AW: No, not at all. In the past it was depending on who I know or had access to. With Big Data I just made a wish list. This was the first time I had a record label who could research things for me. We got a surprisingly large number of people saying, “Yes!” I'm usually prepared for nine out of ten people saying, “No!”

People like Kimbra sang for Warner Bros. so it was a matter of the president asking her.

JN: Were you a long time fan of Weezer?

AW: Big time. I remember seeing them play when I was in seventh grade in Central Park. It was after The Blue Album and they played a few new songs from Pinkerton. There were about 400 people there. I have been a fan forever.

JN: Were you nervous at first working with Rivers?

AW: I was at first. We wound up playing three festival shows on the same bill as them so we met them then and they were all so nice. Rivers and I were at Harvard at the same time. He came back when I was an undergrad to finish his degree so we bonded over that. He was really nice. Once I got over the fact that he was from Weezer it was like writing with anybody.

JN: Did you write the treatment for “Dangerous?”

AW: I knew I wanted to make a video where it felt like a running sneaker commercial. Showing that if you wear this shoe you will be a more empowered person. I wanted to play on that but after a certain amount of time the shoe would make you do something evil. I liked the idea of what it says about American consumers. That was as far as I got it until I met two directors called Ghost + Cow. They took the idea and fleshed it out. They wanted to cover marketing and testing the shoe out in a lab. The final piece of the puzzle was they concluded it would have to be a specific evil thing. We went down a list of evil things and asked, “What if the shoe makes you headbutt people and their brains explode?” That felt like evil but in a funny, ridiculous way rather than a horror film. It felt campy and silly even though it is totally gross with the blood.

Big companies sell us things that are bad for us like cigarettes. They sell it to us using sex or violence.

JN: You covered all of those bases in the video.

JN: I saw boobs, and girl on girl action too.

AW: We really tried to put as many inside jokes as we could. There's a wipe board in the pitch meeting and people working in advertising told us we nailed it.

It is funny, the video is very polarizing. It is either people's favorite video of all time or their least favorite video. To me that is the best possible outcome.

JN: How does it feel to have success with “Dangerous?”

AW: Crazy, and hard to believe! I had a full time job up until a year ago. I have always wanted to do this full time but I never actually expected it to happen. I feel totally grateful.

JN: Is it tricky not touring with the guest stars on the album and conveying their voices?

AW: That was problem number one that I needed to figure out. I am guitar player first and foremost. I don't play much anymore because of nerve problems in my hand but I come from playing onstage and knew I didn't want it to be a DJ thing. I wanted it to feel like a band. I wanted a female vocalist and me. She would do the higher range stuff and I would do the lower. I love harmony and wanted as much of that in the show as possible.

JN: How was SXSW?

AW: Awesome but the most exhausting thing in the universe. We played ten times in four days! It was packed crowds and a good response.

AW: We are touring through the end of April then festivals then radio things. I am doing some producing for other people. I am starting to have ideas about what is next for Big Data.