The best lines just come to you but that's after you've put down maybe 10 or 20 horrible lines. 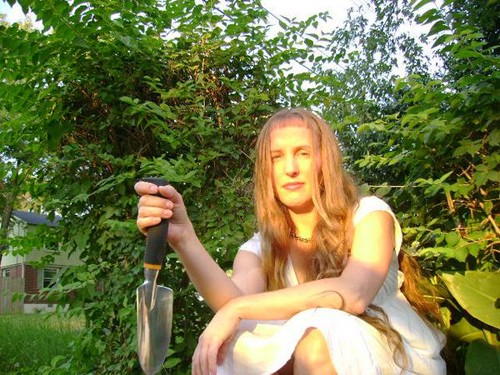 It's only spring, but you don't need to look any further than Dawn Oberg's latest disc Rye (dawnoberg.com) to find an early contender for one of the best albums of 2013. A writer and performer of wry and pithy songs, Oberg deserves a place alongside contemporaries such as Ben Folds and Aimee Mann. Her lived-in voice is that of experience and she maintains a singular sense of humor. Smart and refreshing songs such as "Gentleman And A Scholar," "Girl Who Sleeps With Books," "Contortions" and "Civic High" grab your attention and before you know it you're singing along with Oberg. Pour yourself a glass of Rye, you won't regret it. I spoke with Oberg about the disc in March 2013. (Dawn Oberg performs on Apr. 14 at Elbo Room in Chicago.)

GS: (Gregg Shapiro) Dawn, before we get to talking about Rye, your newly released third disc, I want to talk about what it was that brought you to San Francisco.

DO: (Dawn Oberg) Actually, I just love it. I lived here in 1990 and ‘91 and I stupidly left. The second time I moved here was 2009. I had come here for vacation. Walking around, you know how you daydream; wouldn't it be nice [laughs] to actually live here? I was living in Nashville at the time. I went back and on that Wednesday I got accepted to an online grad school program at University of North Texas. That Friday I got laid off from my job and then on Sunday my old roommate from the first time I lived here (San Francisco) put on Facebook that he was subletting a room. All in one week my life changed [laughs]. I sold my house in Nashville in two weeks during the worst market in history. All the stars lined up [laughs].

GS: You have a Master's degree in library science and your literary leanings are immediately obvious on Rye, beginning with the opening cut "Girl Who Sleeps With Books," which feels to me like an anthem for those who seek solace in reading and writing.

GS: As a songwriter for whom words are important, which comes first in your songwriting process – the words or music?

DO: It's definitely the words and a lot of work goes into them. The best lines just come to you but that's after you've put down maybe 10 or 20 horrible lines. What I have to do is scribble or type for a good six pages and not edit myself until the end. By the time a form emerges, by the time I have a verse or verse and chorus, I'm hearing the music in my mind. It's still something I have to work out. It's kind of like working out a puzzle sometimes. But I do feel like if I do the words right the music writes itself.

GS: Your gift for wordplay is on exhibit throughout the disc, but especially in "Gentleman And A Scholar," which sounds like something Blossom Dearie might have recorded. Does Blossom Theory, the name of your music publishing company, indicate a fondness for the late jazz singer?

DO: Oh, hell yes! I went to see her in New York a couple of years before she died. She was playing Danny's Skylight Room. Because I made the reservations a month or so in advance, the table we got was right in front of the piano. It was the most magical thing ever. That was also the first time I ever heard her do the song "The Lies Of Handsome Men" by Francesca Blumenthal. I had to add that to my repertoire when I do two hour restaurant gigs or whatever. I was slayed by that song. I ended up bumping into her in the ladies room. I came out of the stall and she was fussing with her belt. She asked me if the belt looked okay and I said yes. After the set, I approached her with the CD to sign and I told her that I had a jazz duo called Blossom Theory, which I did at the time, in honor of her. She was like, "Oh, how nice." (Which I interpreted as) "Get out of my face already" [laughs]. She was not into my fawning self.

GS: Not surprisingly you, you elevate the break-up song to new heights on "To That Extent." Which do you think is harder to write, unsentimental love songs or break-up songs?

DO: Probably unsentimental love songs. I think most people's best work is pretty dark because it's the stuff that they need to write. These things just want to come out of your head and externalize themselves. When people ask, "Why are artists so fucked up?," I always want to say that's the wrong question. You're not asking why fucked up people create. The answer is that it's to process things.

GS: The San Francisco tourism bureau would be wise to use "Civic High" to entice visitors and transplants alike to come to San Francisco. Have the other places where you've lived also had the honor of having songs written about them or is San Francisco the only place that inspired that?

DO: I have to send you an MP3 of the song I wrote about Nashville. It's not something that there tourist bureau would want to hear [laughs]. It's a really snotty song. I was feeling rancorous about the complete lack of love that I got from that city.

GS: I particularly liked the line in "Civic High" that went "You're the place where it's OK/To be transgender bi or gay." As a straight woman living in San Francisco, are you aware of a following in the LGBT community?

DO: I wouldn't say yes necessarily. I would totally welcome that. Obviously I have friends and supporters who are gay and I love them. They're amazing. The weird thing is that when that line came to me, I thought that's kind of facile and obvious. But then I thought, it's a sincere sentiment, it's really what I feel, so I'm going to leave it in there. I'm really glad I did. If any LGBT person gets love from that line, good, I'm happy.

GS: What can you tell me about your tour plans?

DO: This will be the first time I've ever toured in my life. I'm thinking about doing a blog about what happens when a 46-year-old high maintenance bitch goes on tour for the first time [laughs].