Grilled: David Guas turns up the heat every week on the Travel Channel

It is a great show for so many reasons. Being able to travel throughout the US and sample the cities we are in is great. 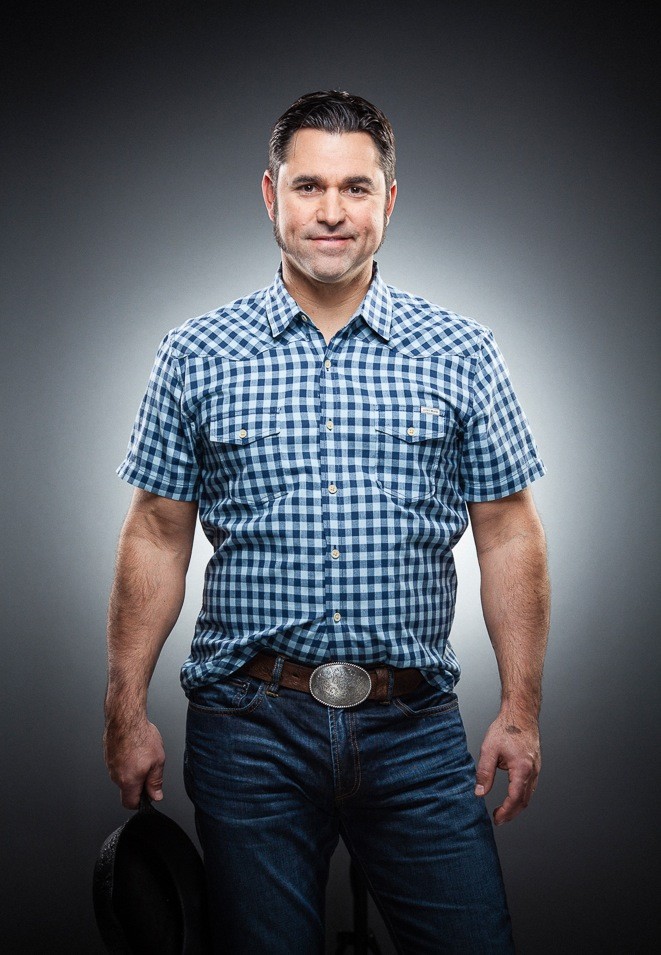 The Travel Channel's American Grilled is turning up the heat all over America and made a stop in Chicago this season. Four contestants compete in the ultimate outdoor cooking challenge for $10,000 showcasing local flavors.

David Guas hosts and judges the show. He is currently based out of Bayou Bakery, in Arlington, Virginia, which he owns and opened another location in Washington, DC.

He's a regular on NBC's Today Show and has appeared on the Food Network and Cooking Channel.

Jerry Nunn sat down for an interview in Wrigleyville while Guas was filming this past spring.

JN: How did you wind up with a Travel Channel gig?

DG: I'm in the DC area now and have a restaurant there. I have done a few spots on TV before so I think my name was tossed around through a casting director in New York to one of the executive producers of this show. That is how my name came up and across their desk. From there it went to their network, which is Travel.

Because they are in Bethesda, Maryland, which is about 20 minutes from my restaurant I got a phone call one day and a meeting was set up the very next. They came to the restaurant, we hung out, and chatted. They saw my passion and energy around food specifically around grilling even though my background was really desserts.

In my restaurant we do breakfast, lunch, and dinner so we do a little bit of everything. I think my energy and knowledge of food helped.

JN: Have you enjoyed hosting so far?

DG: It is a great show for so many reasons. Being able to travel throughout the US and sample the cities we are in is great. We capture the local ingredients and originality. What each city can say through food, culture, and people that it represents was very attractive to me.

DG: I have. Last time I was hear was about five years ago. I think I put a dent in the eating and drinking and tried a lot of what the city has to offer. I came with another couple who did restaurant tours so we had a lineup. We did about 12 restaurants in a four day stretch.

JN: Have you been to Weber Grill? I worked there for four years and it has huge grills inside.

JN: Tell our readers what this show is in a nutshell.

DG: We start with four contestants and the format is that there are three rounds, four grillers, two get eliminated in the first two challenges then we are down to two contestants in the final round. They battle it out in a fifteen minute round to secure the title of Chicago Grill Master and walk away with 10 grand.

JN: Each city gets this amount?

DG: Yes, each city will get $10,000 and will be dubbed that city's Grill Master. Today it is all about Chicago!

JN: So the overall winners don't compete against each other?

DG: No, this season is about going to each of the 13 cities. The landmarks and food are featured that represents the city best.

JN: Chicago is what number of city so far?

DG: I think 10 or 11. We are towards the end of filming. It had to make sense demographically from where we started. It has no relevance to order when it will be aired.

JN: How has the process been so far?

DG: It has been great. This has been four or five weeks of shooting. I fly back, believe it or not, between cities to DC since I signed the lease on the second location. There is a lot happening around the show. The crew is amazing and they go from city to city without a bat of an eye. I've gotten to know them individually and it's fun. It really is a sort of family. It's important to have that chemistry.

JN: You have two guest judges just for the competition today. How has that been?

DG: It was great having our two judges today from Chicago.

We have Mark Derosa, a former Cubs player who now is an analyst with the MLB Network. We went out to dinner last night and he's a great guy. He has a passion for baseball and to Wrigleyille Field since he's emotionally connected to it. It made sense to have him as a part of this day.

Our national judge Ray Lampe is Dr. BBQ! We actually had three or four people come up to him in the middle of dinner last night right in front of Mark Derosa and just say hello.

JN: Lampe was the star!

DG: Yes, he was the celebrity at dinner last night. Mark clued into that and made a funny comment about it. He's from here and a native so that was part of it, too.

JN: Where did you eat?

DG: Bacchanalia, a mom and pop Italian restaurant. There were no frills, just straight up good Italian cooking. We had a lot of fun.

JN: What has been your favorite part of hosting?

DG: I think for me is seeing the cities we are in. I'm learning what cities are most known for and have been able to go over the backstories and do the research prior to going to it. Also watching these guys grill food that I would never have thought of grilling myself. I'm learning watching these competitors grill it off.

There have been all kinds of neat things off of each corner, not just experiencing the city and dining while going out but also grabbing these ingredients from the area and allowing these guys to cook with it.

JN: Any grilling secrets you have for the summer?

DG: I just love the creativity and the things I wouldn't have thought of to throw on a grill. For me I have always been one to say that anything and everything can be grilled. My grill in my backyard invites creativity as well. It is exploring and experimenting. That is what we have attempted to allow these guys to do in a very organic fashion. We have to have the pantry stocked with specific things to this region and area. We invite them in certain directions but not lead them specifically. It is part of it to see what direction they will go.

JN: Where are you heading to next?

DG: We are off to Louisville.

JN: I went to school in Bowling Green, Kentucky. You will get some southern cooking!

DG: They just finished the Derby so it will be great.

Watch that sizzle every Wednesday on the Travel Channel.