Music plays a huge role in our life 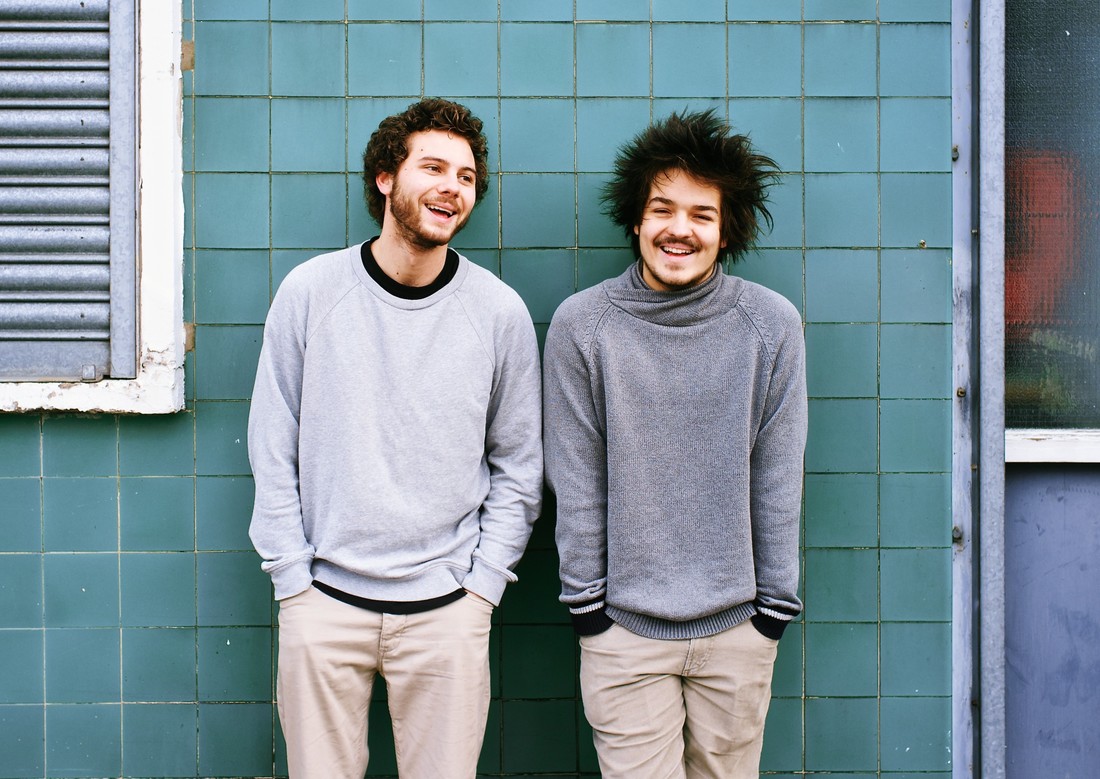 Milky Chance steals the dance with a new hit single. The dynamic duo of Clemens Rehbein and Philipp Dausch have been making beautiful music together since starting as school buds. Clemens focuses on instruments while Philipp concentrates on the production and DJ side of things. They come from the town of Kassel, Germany with a first single “Stolen Dance” that has hit number one all over the world.

The debut album Sadnecessary has spawned other singles and has them touring constantly.

They hit Chicago twice this year and Jerry Nunn called Dausch before the upcoming gig to learn a bit more about the band.

JN: (Jerry Nunn) Hi, Philipp. Where in the world are you calling from?

PD: (Philipp Dausch) We are in the suburbs of LA.

JN: You are originally from a small town in Germany?

JN: Where did you two meet?

PD: We first met in high school. We both got to a new school so we didn't know a lot of people. It was that first day and we got along really well with each other. We went home, cooked together, and had a little jam. We were music people. We have had a friendship and made music together ever since.

JN: Where did the name Milky Chance originate?

PD: It doesn't really mean anything. Clemens was songwriting and when he finished a song he wanted a name to it, a name he imagined was an artist's name. He was looking up names when we were going to make a video and came up with Milky Chance. It was not out of any reason but just sounded good together.

JN: How does the songwriting work between you two?

JN: What is the story behind your song “Flashed Junk Mind.”

PD: It is about falling in love with the city but also at the same time with a girl. It is a metaphor between a city and a girl. It is also about our world today nowadays. You can get distracted from a lot of stuff. We once said it could be a metaphor to drugs and being addicted to the city life but at the same time you realized it is not very natural and not good. You feel the need to go out into nature and see the simple things. It reminds you of where you come from.

JN: The video for “Down by the River” seems inspired by the book Where the Wild Things Are.

PD: Clemens says it a personal story behind it so he won't say much. He puts it into a hidden pattern so people can't really see the story. This one compared to our other songs that are about catching feelings or grabbing emotions is very different. This one is about a story he experienced.

JN: Talk about the huge success of “Stolen Dance.”

PD: It has been good and pretty cool. We didn't expect it. Of course it helps you as an artist a lot if you have a song that is really big. It opens a lot of doors and makes things easier. We get to tour a lot now. We get to play America, which is awesome.

Sometimes it is crazy to think about how many times we have listened to. In the end it is more important for us that people recognize us more as an artist and recognize the whole album. Having a hit helps a lot.

JN: Do you feel pressure to have another hit single?

PD: No, not since we never expected anything to be so big. Music plays a huge role in our life. To us it is more important to have the liberty and the chance to make the music that we love. We always want to do that no matter how many people like it or how many people are listening to it. Sometimes you feel the pressure if people always ask you for it but we try to hold that pressure away and concentrate on our creativity. We focus on the thing we love, which is making music together.

JN: How is touring in America compared to Europe?

PD: There is not a big difference between audiences nationality wise, it is more depending on the day, mood, and venue. These parameters can be very different but it doesn't matter if it is here or in Europe or Australia. At the end of the day people are people. It is the daily things that make it different to us.

JN: How is the diversity of fans? Do you see dance music, or acoustic rock fans? How about LGBT fans?

PD: That differs a lot too. We have concerts where the average age seems to be from 25 to 40 then sometimes a lot of young girls. There are people who like reggae music then also people who are into electronic music. There are also people who enjoy the singer/songwriter sound with some emotion in it.

I would say it is pretty diverse. I don't think we can say it one particular type of people. It is a melting pot and we really enjoy that because we like to see that the music gives something to different people. We want everyone to get something out of it.

JN: You are confirmed to play at some music festivals like Coachella and Sasquatch. How about Lollapalooza sometime?

PD: That would sick. American festivals are great, especially Coachella, which is one of the best known festivals in the world right now. It is a crazy experience and a big chance for us. It is an honor to play there.

JN: How was covering “Lithium” for Kurt Cobain's birthday?

PD: That was cool. The funny story behind that was Clemens was really sick on that day. He almost couldn't sing so the only thing he could sing was Nirvana because it would still sound authentic if he voice was very raspy. The tone didn't have to be on point.

We listened to a lot of Nirvana before that time. We never imagined we would do it so it was a new experience for us. After listening to a lot of Kurt's music we decided to cover the song. It fit with the circumstance that Clemens was sick that worked out.

JN: Clemens has some wild hair.

PD: His hair has always been the same way. It is natural hair. It is nothing he does or wants to have. It is pretty amazing.

JN: We will see how it holds up in Chicago.

PD: Yes, we will see you there!

Look for Clemens and Philipp at The Vic, April 24 and Aragon Ballroom, July 24. Visit milkychance.net for more information on the band.