Life Is a Cabaret for Countess Luann

When I started on Housewives that opened the door to the community. 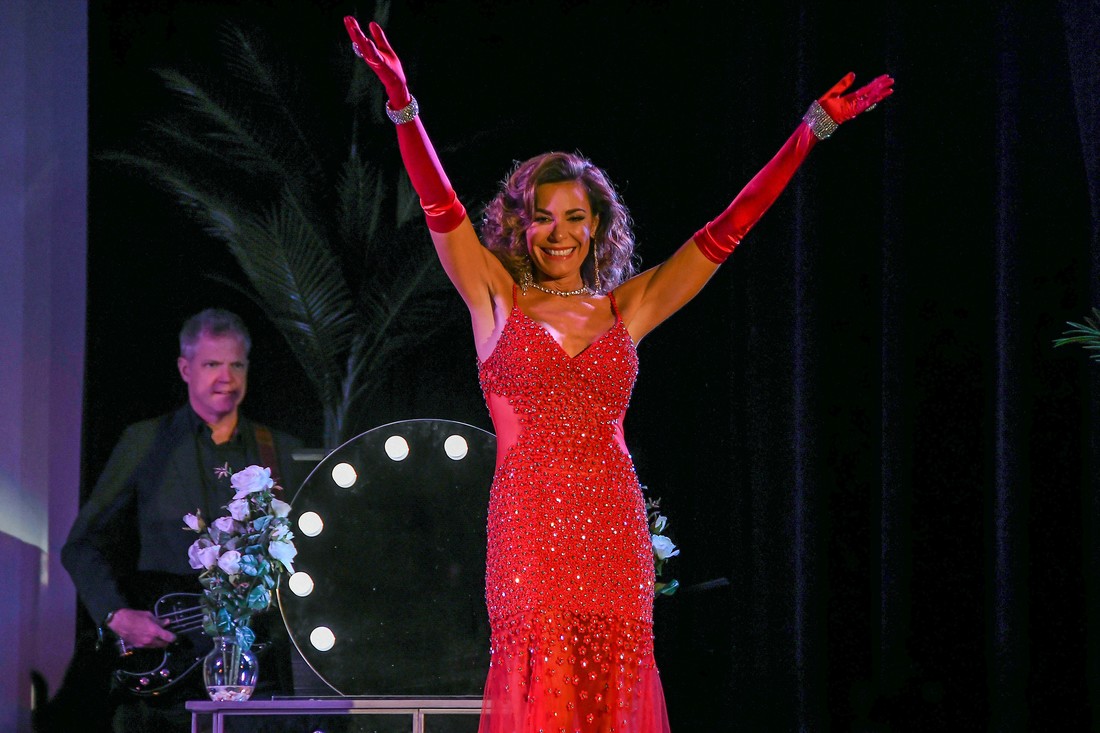 Real Housewife Luann returns to the Midwest for her cabaret show

Luann de Lesseps came into the spotlight on the Bravo reality show The Real Housewives of New York City in 2006.

She guest starred in Law & Order: Special Victims Unit and later in a movie called Mother of All Secrets.

De Lesseps wrote a book called Class with the Countess: How to Live with Elegance and Flair.

She has released several songs over the years with “Money Can’t Buy You Class,” “Chic, C’est La Vie,” “Girl Code” and “Feelin’ Jovani.”

Last year, she created her cabaret act at Feinstein’s/54 Below called #CountessandFriends, which she now takes on the road to The Orpheum Theater in Madison, Wisconsin on Nov. 8.

JN: (Jerry Nunn) Describe your cabaret act to people who haven’t seen it yet.

LL: (Luann de Lesseps) It’s a family affair with mothers and daughters, bachelorette parties and birthday parties who all come to celebrate these occasions at my show. They get dressed up with their sequins and statement necklaces on, which I love.

The show is good entertainment. The closest thing to it is Carol Burnett. I carry the variety show and I have just a couple of guests. I used to have more guests, but now I am singing more. I play the bongos!

There are some classic Broadway tunes, but then I go into my live versions of “Feelin’ Jovani” and the classic “Money Can’t Buy You Class.” It’s just a good time for people to get away and be entertained. They get to indulge in some ol’ school showbiz.

LL: I like Chicago. I want to go see Moulin Rouge. I heard it’s great. I love musicals and going to the theater.

JN: What has been the challenge to be on tour?

LL: The challenge is my schedule. I’m not free to go to my homes, which I love and see my kids as much because I am traveling a lot.

JN: What are your thoughts on Madonna locking up the cell phones during her tour?

LL:  Well, why not at this point? If it’s a Broadway show a phone can throw off the show. When it’s a concert like Madonna, why can’t the fan have a beautiful memento?

JN: I saw Murray Hill has been in your show before.

LL: I love Murray and have known him for years. I have done a lot for the LGBT community so I have seen him around New York for many years.

JN: What started your relationship with the LGBT community?

LL: I have a lot of LGBT friends. I have a passion for people. Carson Kressely is one of my fabulous friends. When I started on Housewives that opened the door to the community. Without it, I probably wouldn’t have been as exposed to it as I am now. I was just a Countess before…

JN: What led you to being on the Housewives in the first place?

LL: I met Jill Zarin at a party. She said she was doing a show and thought I would be perfect for it.

I used to work for Italian television, so reality TV was just another kind of exposure. I started 13 years ago. Can you imagine?

JN: Have you had a favorite moment after all of these years?

LL: My favorite moment was singing with Natalie Cole.

JN: What are your thoughts about Bethenny Frankel leaving the show?

LL: We have been friends for a long time and I wish her the best. It’s always sad to see a cast member go, but it leaves more room to grow for the rest of the cast and for the new Housewife.

JN: Has there been a misconception of being a Housewife?

LL: I think people think it’s easy. It’s not easy navigating all of these personalities with different women and drama. I grew up in a family of seven and my family prepared me for the Housewives. You to be around six other people and be happy. That’s not always easy. It’s a job and most people forget that. They just think we go to fancy parties, sure that’s part of it, but there’s a lot more that goes into it.

JN: One time I was in a hotel room with Sonja Morgan and Ramona Singer on each side of me and I could hardly get a word in!

LL: Welcome to my life and that was only a short interview with you! [both laugh]

JN: How is the current filming going?

LL: I’m having a good season finally. God knows it’s been a rough go the last couple of years. I am feeling really good.

These cabaret shows feed me all I need creatively. I can sink my teeth into them and they keep me out of trouble. I am thankful and grateful for it, I can tell you that. It’s going to be a good year!

JN: Will there be new music?

LL: I am always inspired by what happens from season to season. It’s almost time for a new one after “Feelin’ Jovani.”

JN: How do you stay so great looking?

LL: You are so cute! I just walked out of the gym. I am going to see someone that Dorinda gave me, who is a life coach and vitamin guru. I am always looking for better health and keeping myself fit. I think getting a good amount of sleep is key. People forget about that. You have to keep your energy level up.

I do yoga and work out. I am not crazy and do it every day, but at least three times a week.

JN: How was your recent Chicago Theatre show?

LL: Amazing. Billy Stritch is my musical director. He worked with Liza for 25 years. We played at the Chicago Theatre together. I had a standing ovation for about two minutes. It was the most amazing thing ever. It’s four thousand people and a big theater. It was mind-blowing to have that kind of reception, so I can’t wait to get back out that way!

JN: Did you have any downtime to have pizza?

LL: No, I did have brunch the next day, but I didn’t have much time when I was there.

JN: I just interviewed Michael Feinstein and you have performed at his venue.

LL: He’s such a lovely man. I can’t say enough good words about him. He’s just wonderful. I might be going back to Feinstein’s in New York. I’m working on my schedule now.

I’m doing a new show called F, Marry, Kill. It’s inspired by my fans because it’s always a question at my Q&As with the audience. That’s my new show, it’s all about sex!

JN: I got to see that show too.

LL: Absolutely! I am always refreshing the show, creating new material and working on my music plus season twelve of the Housewives.

JN: I am so happy for you. Sounds like you are in a good place.