My dad always played records so I just wanted to have it in my hands to give to him. 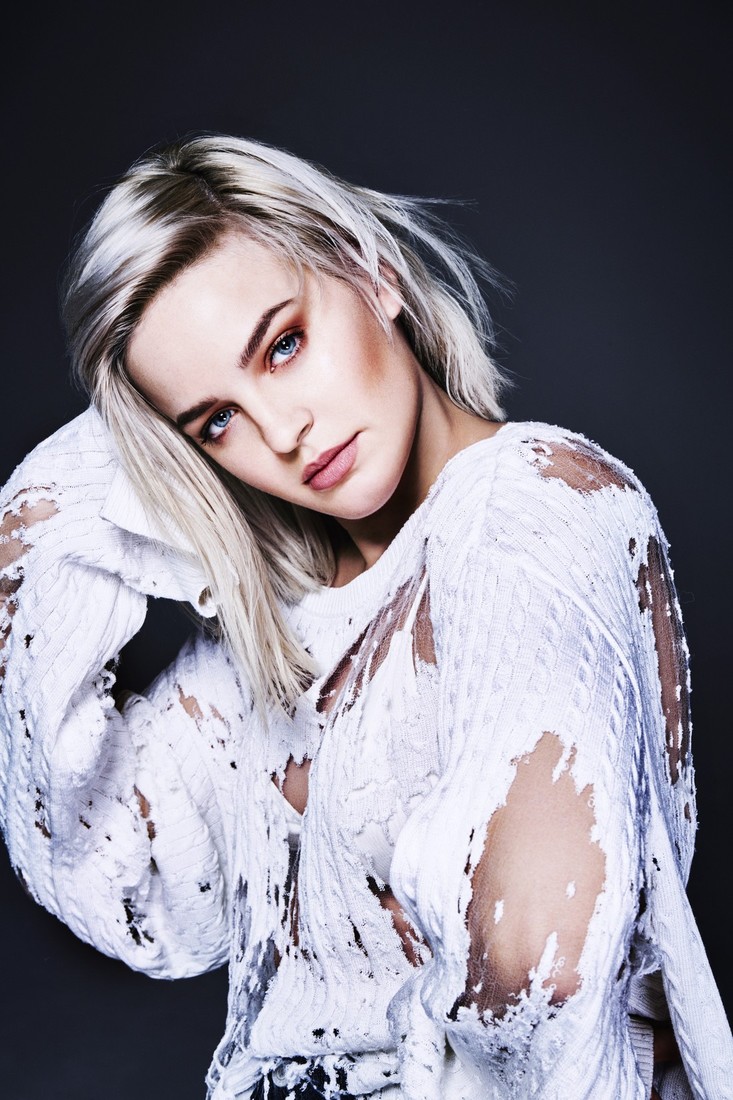 English singer Anne-Marie has a distinct voice that many will know from guesting on Clean Bandit’s “Rockabye” and Marshmello’s “Friends.” She is currently busting out on her own with a new album called Speak Your Mind with terrific new songs like “Alarm” and “2002.”

She has been touring with Ed Sheeran and is on her way to Chicago for a solo show at Lincoln Hall on Sept. 24.

AM: (Anne-Marie) We are just traveling from Columbus to Syracuse on a tour bus.

AM: to be honest, on the tour bus it’s great because you can just sleep, but flying is the hardest. You have to wake up and be awake.

JN: I read you did Les Miserables as a child.

AM: I went to a performing arts school.

AM: I think Les Mis is my favorite of all time. It is a classic one.

AM: [laughs] Yes, very heavy. I am pretty emotional so I love watching that stuff.

AM: Yes. We did a show together called Whistle Down the Wind when I was nine I think.

JN; Sounds like you were performing very young. Did you always want to be a singer?

AM: Yeah. I knew that I loved singing and the feeling it gave me when I was on stage. I never knew what route was going to pan out for me. I studied music in college and met a songwriter. It blossomed from that really. I had not written a song before so I was new to everything.

As soon as I wrote my first song I knew it was something I wanted to do from then on. I fell in love with the process. I already knew I loved the stage so that put the nail in the coffin.

JN: How do these collaborations work? How did you meet Clean Bandit?

AM: They are on the same label in the UK with me. They were at all of the music festivals one summer and on the same lineups so we saw them so much. We became friends.

I saw their song in my emails and fell in love with it. I flew back from wherever I was to record it in the studio. Two weeks later it was out. It was really quick! I didn’t have time to process what was going to happen.

JN: I have seen them perform live a few times. Did you learn anything from them to bring into your act?

AM: I like that they do what they want. They are free. They have their own ideas and don’t want to be like anyone else. I think that is inspiring.

I love that they produce all of their own films and direct all of them.

JN: Speaking of music videos, with “2002” was this your chance to pay homage to Britney Spears and NSYNC?

AM: Yes. I literally listened to that music every day after school when I could get into my room and put on the CD. Ed Sheeran and I wrote that together. We are the same age and we just loved that music. I am so happy that I get to sing those songs in my song.

JN: Have you ever met Britney?

AM: No, but I was Britney in the music video so I felt like her in spirit.

JN: I wonder if she has seen the video?

AM: I don’t know. That would be amazing!

JN: Your album Speak Your Mind came out in vinyl?

AM: Yes. Hopefully it is coming back in fashion. I love vinyl and the sound it gives you. I like to see it instead of just downloading it. My dad always played records so I just wanted to have it in my hands to give to him.

JN: How was opening for Ed Sheeran?

AM: We have been friends for nearly 10 years now. I think the fact that we are friends makes it even more special. We just hang out and there is no pressure. i don’t feel like I am the support act. I just feel like we are doing together.

JN: In the “Friends” video there is a horror feel to it. Do you have a favorite scary movie?

AM: Weirdly, when I was growing up I watched The Exorcist when I was 12. My sister was older and had a sleepover. They were watching it downstairs and I creeped down to watch it.

JN: Is there anyone you would like to collaborate with but haven’t? Britney maybe?

AM: I would love that and Christina Aguilera. I would like to work with people I grew up listening to because they shaped me as a person.

JN: Do you support the LGBT community?

AM: Of course. We are all the same. I have a line in my song about loving everyone. I think that is important message to put across to people and to say that through music, especially if you have a crowd to say it to. Why not be open and open up other people’s minds to it?

I say it in music and everyday life.

JN: You have such personal lyrics. How do you connect with an audience?

AM: I think that’s what makes it better. I do have a really close connection with the audience anyway just through social media. I am able to speak to them all the time just freely and whenever.

When I am onstage I feel like my songs are not rehearsed. I don’t have something in particular that I say in between songs or routines. I feel like I am experiencing this thing with them for the first time. Each performance is special. I remember each and every one for different reasons.

I am open and not scared to get emotional. I feel what I am singing and hopefully they can enjoy that.

JN: I look forward to seeing you in Chicago.

JN: Have you spent much time here?

AM: Not really. I am excited to doing the show there. I can’t wait!

JN: What are you doing after the tours?

AM: Both these tours end at the end of September, then I go to Asia and Australia. After that I headline a UK tour and start writing for the next album. This current album came from years of writing over a period of touring. For the next one I am going to try to create a space specifically for that so I am excited to get writing again!