A Conversation with Lauren Sanderson

I didn’t want it to be something I talk about all of the time, but just a part of who I am. 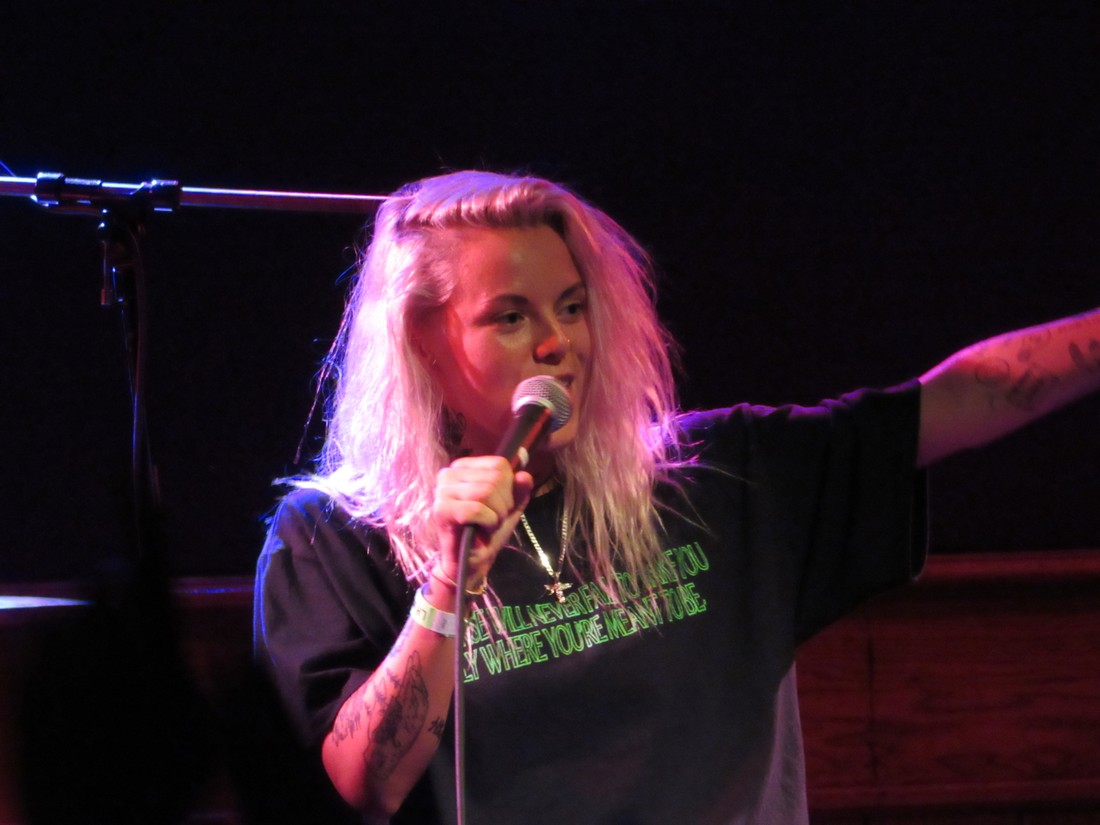 Lauren Sanderson talks about being out, LA Pride and new music

Singer Lauren Sanderson was just signed to Epic and has tons of potential.

New EP Don’t Panic was just released and has six new songs for fans to devour. The lead single is called “The Only One.”

She sat down to discuss her career right before a live performance at Schubas Tavern.

JN: So, Lauren. You ever get nervous?

LS: I get nervous, but I am just excited.

JN: You are from Indiana?

LS: Yes born and raised there in Fort Wayne.

LS: Yes. It was only three hours away. It was the artsy place where we would go and do photo shoots from Indiana.

JN: You started recording music in your bedroom?

LS: Yes. I always loved singing. I really just wanted to inspire people. I just didn’t know how I was going to do it. At first I did motivational speaking and then I did singing. I love singing so much. It is definitely my passion.

JN: It is interesting how those things go together. You did a TED Talk.

LS: Speaking wasn’t as expressive enough. I wanted to be crazy and wild. That is when I turned my speeches into songs.

JN: Do you tell stories when you are onstage?

LS: For sure. I talk about the journey and moving. I live in LA now and that is very different than Indiana. It has been wild, but we are figuring it out.

JN: Have you changed a lot going to LA?

LS: No. I don’t think so. I have grown a lot mentally. I have found out how to embrace who I am in a city that is totally based on status when I am not a status person. I try to make sure what I am looking for has human characteristics. I don’t care about money,, clothes or cars. I like to keep it human.

JN: How was LA Pride?

LS: It was so dope. It was my first festival ever. I was on a main stage. They treated me right!

JN: Who else was there?

JN: She is a good one to collaborate with. I hope that happens for you.

LS: It is going to. We are speaking it into existence right now.

JN: Talk about being an out artist.

LS: Since being a kid my whole family has been supportive of being exactly who you are and not stressing out about stuff like that. I was never worried about it. I didn’t want it to be something I talk about all of the time, but just a part of who I am.

I will always rep for that and make sure everything is based on equality. We are all human and it doesn’t matter about these characteristics and just embrace these things. It is scary at first because you just don’t know what the reaction is going to be.

LS: Human. I want to say gay because I only date girls, but you just don’t know who you are going to meet. I might meet a guy down the road who I think is cute. I don’t see that happening, but you never know.

JN: Talk about the “Written in the Stars” video.

LS: That was another song that I wrote in my room in Indiana. It was on a project called Spaces. That is how Epic Records found me.

It has been a crazy journey too, signing with them and moving to LA. When I first signed. We all agreed that I would pick one song and add a feature to it. There would be a big announcement then move on to the new music. We picked “Written in the Stars” and PnB Rock. He is an artist from Philly. He’s on the song.

We shot the video two times because I wanted it to be right. I think it’s a really good introduction to me and the new music.

JN: Was “Conversations” earlier in your career?

LS: No, that was my last project. That was one I wanted to do acoustically and put on YouTube.

JN: What style were you going for?

LS: I just wanted people to be empowered whoever they are or whoever they want to be in life. My past projects have really had a serious vibe. I really wanted to go the more serious route before, but with this project I just wanted to have fun. Sometimes life doesn’t have to be so serious. Let’s go and be ourselves with our hands in the air.

JN: I can’t wait to hear the record.

More of the interview is on video below: