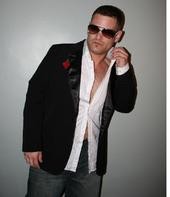 Originally from New York, Jason P. Freeman has resided in Chicago since 1998. An award-winning, community-oriented lifestyle and entertainment reporter for regional and national publications, Freeman has served as the editor of a national LGBT arts, entertainment and culture quarterly and is currently the editor at large for ChicagoPride.com, the largest regional LGBT resource Web site in North America. Bylines for Freeman have appeared in Gay Chicago, Genre Magazine, The Windy City Times, Boi Magazine, PINK Magazine and on ChicagoPride.com. Creative works have also appeared in a handful of zines, regional publications, newsletters and Web sites. A debut novel is in the works. www.jasonpfreeman.com

American Pyscho, Every Batman movie ever made, Beautiful Thing (for sentimental reasons),

Check Me Out, Bitches

Brett Henrichsen parties for the apocalypse

Back at yeah New Friend.

I have no idea what you are talking about! What pic?

"Holy crap your 36?" what kind of comment is that?

But i like it better there in Chicago. I used to live there;)

Thanks for the add cutie even tho i'm here in Texas. I really appreciate it:)

Where the heck have you been hiding?

nice talking to you yesterday!

Come to Hydrate this Friday Oct. 17 from 7-9pm for the viewing party, hosted bar and free food. - FREE.

I could never think to take a good picture of myself without you in it!