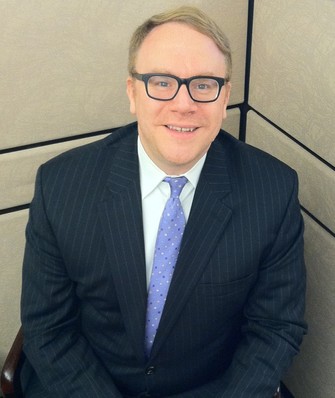 Seattle native, Bill Pritchard is Partner and Senior Vice President of Community Affairs for the GoPride.com Network; a one-stop portal to lesbian, gay, bisexual and transgender communities nationwide. The network offers news, featured columnists, social networking and an unmatched national resource of gay-owned and gay-friendly restaurants, clubs, bars and entertainment venues in its network of cities.

His Make A Difference Initiative is one we can all take part in; actively pursuing ways to impact and serve others. In addition to his work with Amazon, Bill’s "Live to Give" mission pushes him to communicate this difference-making lifestyle to non-profit organizations, and Fortune One Hundred companies nationwide.

Known affectionately as the former Mayor of Chicago's Boystown community; the first officially recognized gay village in the United States, Bill has earned the trust and respect of LGBT business owners and organizations worldwide.

About GoPride.com Corp
GoPride.com is the leading new media company and the most visited and frequented web-based resource (Alexa) serving the nation's lesbian, gay, bisexual and transgender (LGBT) community which connects thousands of users online and on mobile devices to the news, information and entertainment relevant to them. A national LGBT brand which serves as a valuable distribution channel. Using real-time data and exclusive web and social marketing tools, GoPride.com assists organizations and advertisers in developing dynamic and successful marketing strategies to reach the LGBT community.

All For Amy Armstrong

A Message From President Obama

Op-Ed: When the time comes, LGBTs should respect the passing of Fred Phelps

Go Purple for Spirit Day and take a stand against bullying

Artist adds a personal twist to his creations

Chicago jazz singer, Elaine Dame shares her journey and shows her love in an upcoming livestream