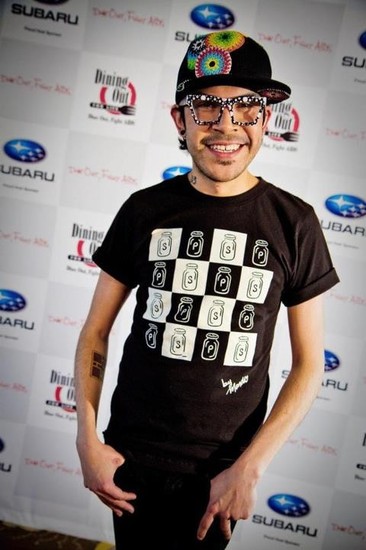 Come this year's designated Dining-Out-For-Life day, those doing brunch, the ladies who lunch, dinner diners and duos on dates, in 55 subscribing cities, may also see a bounty of benevolence figuratively printed on the menus of select eateries, as well as their favored fares.

Per the nationwide-event's flagship Website, Diningoutforlife.com, "Dining Out For Life® [(DOFL)] is a fundraising venture for outstanding HIV/AIDS service organizations and programs throughout the United States and in Canada." Since its founding in 1991, DOFL's objective has been one of a locally benefiting, nation-wide endeavor; the execution of which involves participating restaurants/food vendors donating a portion of their sales, from a pre-assigned business day, to a HIV/AIDS-related nonprofit agency based in the participants' home city—"ensuring that funds raised local stay local." The event's most recent tallies accounts for over 3-million dollars raised nation-wide.

But why restaurants--how did the DOFL ideology come about? Joseph Wasserman, the special events manager of EdgeAlliance [sic], an HIV/AIDS-related housing organization benefited by DOFL, has a theory: "Food is universal," he explains. "People use meals to celebrate, to foster community and explore metropolitan cultures ... [DOFL Chicago] connects more than 8,000 diners and 80 restaurants with our staff, our clients, our supporters and our volunteers to make a difference in the lives of people who are less fortunate."

"Dining Out for Life is our opportunity to celebrate friends, food and being truly fabulous in helping others," Guerra said in a press release announcing the AIDS AWEARNESS! launch.

It's that very same echoing ideological celebration of charity, community and cuisine that's got gay-famed foodie and folk singer Eric Himan stoked for DOFL's super supper in his home city of Tulsa, OK.

"I'm looking forward to being a part of Dining Out For Life by dining out at one of my favorite participating restaurants in Tulsa, Cosmo Café," Himan says with a smile. Himan has been enthusiastically re-posting Tulsa's DOFL Instragram-ed marketing materials to his Facebook page in the preceding weeks leading up to the event. "It's important that our local AIDS provider, the HOPE foundation, can utilize the money raised to benefit those in Tulsa who require these services," he adds.

And as DOFL's 20-plus year history is marked by progressive national expansion, a la AIDS AWEARness!, per the fundraiser's mission and much like what ‘s being seen in Philadelphia, PA., growth is reflected on the local level as well.

In recent years, Philadelphia's DOFL celebration has expanded into the neighboring Delaware Valley and, with 150 registered fundraisers in 2013, marks the region as one of the event's most active participating municipalities. The city's DOFL hype has reverberated along the east coast with such powerful resound, it's caught the interested ear of NYC-based Breaking Records Vice President Sherrie Fell.

Fell is making the two-plus hour trip from Manhattan to Philly to experience the new lunchtime food-truck expo parked at 12th Street and Passyunk Avenue during a one-time event organized specifically in support of Dining Out for Life. While there briefly on business, Fell won't be jones-ing for cheesesteaks but instead hopes to satisfy her cravings for some altruistic Arabian eats.

"I'm curious to see how Philly's falafel stands up against that of some of New York's awesome food carts," she exuberantly shares.

While a few sponsoring cities, like Vancouver, Milwaukee and Atlanta, host DOFL at different times of the year (March 7, June 20, and April 24 respectively), the reigning majority of active localities in the 2013 incarnation do so Thursday, April 25, 2013.

Stats sourced and all participating city information is available via www.diningoutforlife.com; DOFL "Mover and Shaker" shirts are available for purchase at www.subarugear.com.