I look at what the gay and queer community have to put up with and it just disgusts me. 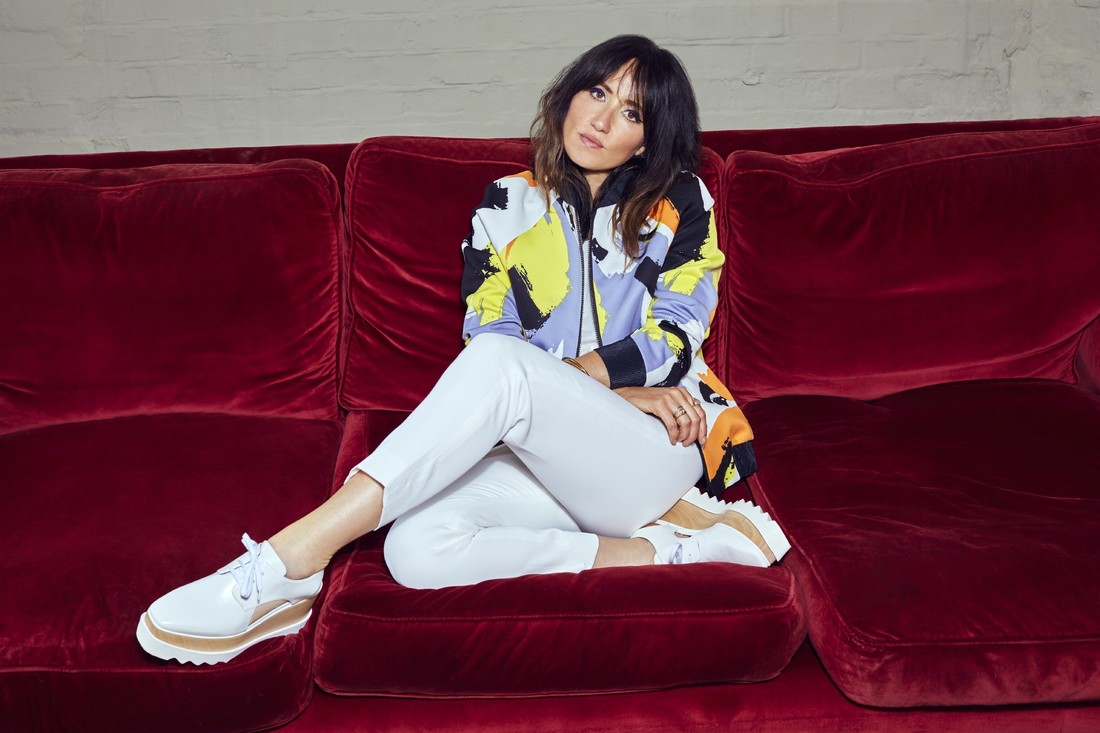 KT talks about her KIN

Scottish singer KT Tunstall broke into the public eye with her song “Black Horse and the Cherry Tree.” She followed it up with “Suddenly I See” from the multi platinum album Eye to the Telescope. She has released several records since and won a Brit Award.

Her songs have been featured on several television shows including Ugly Betty, and Grey’s Anatomy plus several films, most recently in Bad Moms.

Her fifth studio album KIN is released on Sept. 9 on Carolina Records with production by Tony Hoffer, who has worked with Fitz and the Tantrums, and Beck, among others.

Tunstall packs up the new music and heads to House of Blues in Chicago on Sept. 21. Nunn called her up to talk about.

JN: (Jerry Nunn) Hi, KT. The last time we talked was when Tiger Suit came out.

KT: (KT Tunstall) Wow, so nice to speak to you again. A lot has happened since then.

JN: You toured massively with that album.

KT: Yes, we did. We went to Japan, Australia, New Zealand, and bits of Europe. There was also most of North America and the UK. It was a very energetic record.

JN: You were just in Chicago at the Beat Kitchen, correct?

KT: We were looking to play some smaller venues before the record came out to give fans an opportunity to see it in a different atmosphere. It is fun for fans to get tickets to something like that. We got to know each other on a first name basis with the whole crowd.

JN: Now you are coming back with a bigger show at the House of Blues.

KT: I am so excited about that. This album is built to fill space. It’s definitely the most bombastic record I have made so far.

JN: How was it working with Tony Hoffer as a producer?

KT: Tony is a magic being. [laughs] This was one of the most fun producer relationships I have had. I have always enjoyed that relationship on a record. For me it is an important mirror for what I am doing. If you are lucky to work with someone who can really bring something to the project then it can be an incredible learning curve working with an experienced producer.

Tony is all of those things but also fucking hilarious as well. We went to Sunset Sound. The Doors made their first record there and I am a huge fan. It is a beautiful ‘70s studio. There is a ramp that goes up to the control deck in the studio where we were working. He has worked there so much that he can do a magic trick on a rolling studio  chair. He can go backwards and disappear into the corridor!

He’s the biggest prankster I have ever met. He makes everyone around him laugh. That was what I wanted for this record. It is very joyful. It is about coming through all these trails and tribulations of life. It is about finding your KIN and tribe at the end of the day. He’s definitely that. We will stay friends forever. I would love to work with him again.

Beck is my jam and he is from the group of people. He played in the band and he made Mutations and Midnite Vultures and Guero. He has that ability of having a very commercial song that will be played on the radio and at the same time pushing the boundaries of how the production sounds. He creates something really unique.

JN: The video for the single “Maybe It’s a Good Thing” is very focused on you.

KT: That was the idea. It is definitely reminding people of what I look like. It also reminds people that I have never done a professional dance class. Well, I did do tap dancing but that was not featured in this video.

JN: I took tap in college and found it really hard.

KT: I love it. That is partly why I like using the loop pedal. It is a natural graduation for me.

JN: How tricky is using the loop pedal?

KT: It’s tricky and a little temperamental now and then. It is dependent on human error. That is the only thing that goes wrong, but it’s great to call it “the wee bastard” because everyone will think it does it on its own. I use it on both of the big singles “Black Horse” and Suddenly I See.” It is great to have a freshness every time you play the same songs that are always on my set list. It keeps me on my toes literally. I am really glad that it is the part of the legacy of what I do. There was a time when it felt like a gimmick and didn’t want to be known of the loop pedal girl. I got over that quickly and realized it was a unique part of my story. I own it now.

JN: Speaking of “Suddenly I See” Hilary Clinton used that song in her campaign in the past.

KT: Yes she did. I live in America but I am not an American citizen so I don’t vote, but at that time when she was up against Bush it was nice to feel that I contributed to the democratic campaign. I felt positive about that.

JN: How do you feel about gay rights?

KT: I look at what the gay and queer community have to put up with and it just disgusts me. It must all come from fear because I don’t understand why people want to spend their time trying to stop other people from living their lives. It has never made sense to me.

I remember Clint Eastwood, who has some pretty controversial views quite frankly, once said, “I wish people would stop giving a fuck about what other people do. Let people marry who they want!” He was very indignant about it. I feel exactly like that.

If you have a problem at that level where there is hatred, prejudice, and anger, that has nothing to do with the other person. What is wrong with you that you are feeling that way? Look at yourself. Quite often it is their upbringing or their parent’s problems. You got to get free. At some point you have to take responsibility for your actions.

People feel very strongly about these things, as do I. Come on, we are human beings, we share the planet. There is more important shit to get upset about than someone getting married to who they love. It is ridiculous.

I have always had a great gay fanbase. They are a great crowd of people. They come to my show and are always at the front, especially the gay women. I feel very flattered that my music means something to a group of people that have to put up with daily shit. It means a lot to me.

JN: I particularly identify with the song “(Still a) Weirdo because I felt like one growing up.

JN: You have to keep playing it live.

JN: You have done a lot of songs on soundtracks as well.

KT: I have. I am a huge fan of movies. It is my favorite thing during downtime. I get completely lost in films. I find them transformative, even one that seems light and popcorn. I get something profound with the right music played with what I am watching. If there is good cinematography and good acting you can find something that really stays with you. I really enjoy being part of that collaborative process. I like making something really big that will be seen in a theater by a lot of people. There is nothing like it.

I don’t get to hear my own show. When I go to the movie theater it is through that enormous sound system. It is such a thrill and nice to be part of a bigger picture. I do different muscles on those projects, which is good for my soul.

JN: You moved to LA since we last talked. How is life there?

KT: Man, I never thought I would find my sanctuary in the metropolis of Los Angeles. I used to visit all the time and stay writing songs but it never occurred to me to live there. I did live there as a child with my dad so my first memories are of California. I was a Valley girl when I was four years old.

I was working in Santa Monica and I took my bike out. There was a street where there was no McDonalds and dolphins were jumping out of the water. It was a haven with a bohemian community. People were enjoying themselves and relaxing. That was the difficulty in London. I just couldn’t switch off. It was such a fast city. I found it difficult to balance doing with being. I really enjoy my time off in Venice Beach.

KT: Awesome. It is turning into an exciting music town with musicians moving there. It is the place to be from a creative point of view.