I’m a father of three kids. Even though, curiously, I feel like the mother of my films. 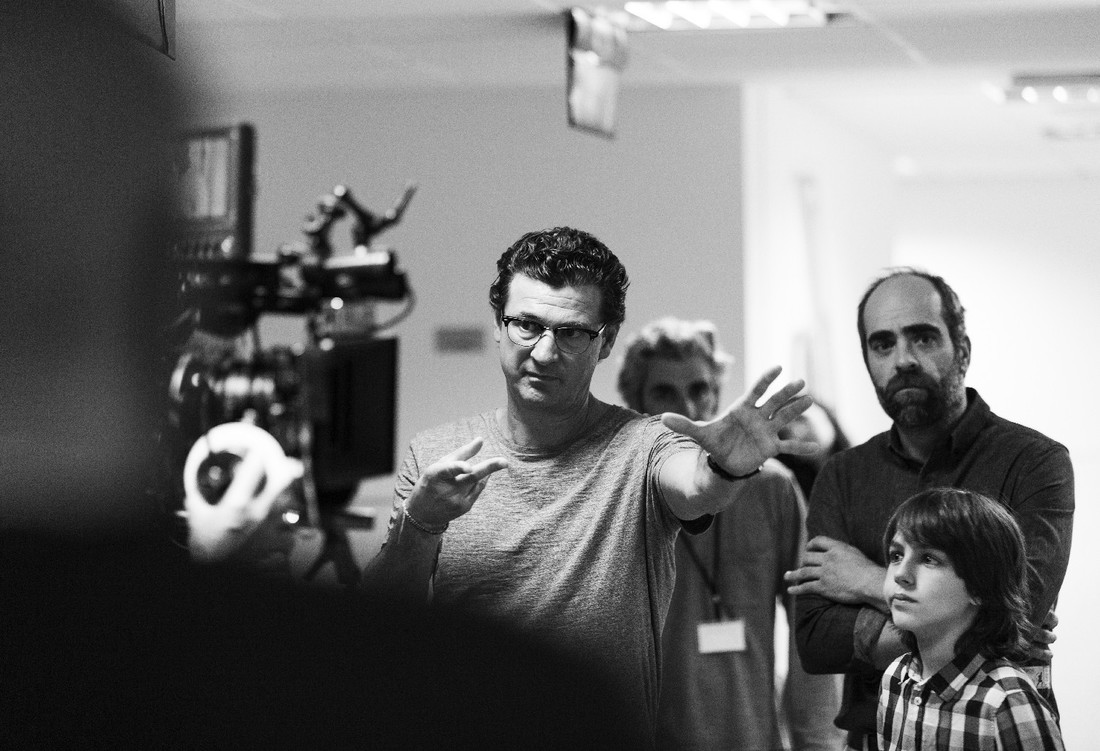 Sex & Lucia may very well be filmmaker Julio Medem’s most well-known film. However, all of that could change with Ma ma (Oscilloscope Laboratories), starring Almodovar muse and Oscar-winner Penelope Cruz. In Ma ma, Magda (Cruz), a woman whose marriage is on the verge of ending, receives both the worst and the best news possible. She is diagnosed with breast cancer and she gets pregnant. It’s an unusual juxtaposition, but the determined Magda, with the aid of her son, her doctor and a new male acquaintance, endures both tragedy and triumph. I spoke with Medem while he was in Miami for the Miami International Film Festival (with gratitude to interpreter Andrea Salazar). [Ma ma opens in limited release on May 27.]

Gregg Shapiro: Julio, as the writer/director of Ma ma was Penelope Cruz the actress you had in mind for the role of Magda from the beginning?

Julio Medem: I wrote the script in 2004. I was inspired by a sculpture in an art museum in Dusseldorf. It was a bronze sculpture of a woman and she looked like a wolf. I didn’t know if she was giving birth to a child or something malignant. That’s when I thought of having life in the middle of death. Since the project I projected initially fell through I continued on with this script.

GS: What can you tell me about working with Penelope Cruz?

JM: I have tried working with her before. She’s the one that called me. She had just gone to Spain and wanted to shoot a film in Spanish with an uncomplicated production. Her daughter had just been born. I remembered this script and I passed it on to her. She loved it!

GS: That’s incredible considering that her own daughter had just been born and that’s what the script is about.

JM: During the shoot she had to breastfeed her!

GS: Religion plays a prominent role in the film. Can you say something about the significance of Penelope’s character being named Magda, short for Magdalena?

JM: Yes, it is Magdalena! There was something very strong at the beginning of the (original) script (which I chose not to use) that she would do to get pregnant. I’d prefer not to say what, but that’s why I thought of (the name) Magdalena.

GS: In spite of being named Magda, the character’s view of religion is less than flattering, and some might say more realistic. Which is a better representation of you, the devout Arturo or the less devout Magda?

GS: Soccer is almost another character in the film.

JM: I’m not very fanatical (about soccer). I like it, but I’m not fanatical.

GS: Parenthood is also a theme in the movie. Aside from Magda’s relationship with Dani, there is the tragic loss of Arturo’s daughter and Julian the doctor’s quest to adopt Russian orphan Natasha. What does parenthood means to you?

JM: I’m a father of three kids. Even though, curiously, I feel like the mother of my films.

GS: You give birth to them.

JM: Yes! The destiny of each kid is unpredictable. Magda is a mother and I wanted to try working on her maternal side. The cancer, the malignancy, is like the catharsis of death. It allows that each character behaves in the best possible way. What happens in life when death occurs. When you put death on the horizon, you have a better appreciation for life. I wanted to reflect on the in-between. Apart from the mother-son relationship (in the film), all the other characters are unknown. They just met. On one side you have the doctor who is pressured into finding that Siberian girl. Arturo suffers the loss of his wife and daughter and then another girl (Magda’s newborn baby) arrives. Then, at the end, a beautiful family appears. I love to see the three men (Arturo, the son and the doctor) singing and appreciating the birth of this little girl. The two fathers and the brother – I really like the dynamic that occurs.

GS: It’s the kind of alternative family situation that could also appear to same-gender parents.

GS: Julian the doctor is also a singer. Was the character always intended to be a singer or was that made part of his identity when actor/singer Asier Etxeandia got the part?

JM: He has to be funny. He was so fascinated with her (Magda) that he does stuff that’s outside of his professional realm. He’s only going to do it with her. I wanted the audience to appreciate and laugh with her and love her, too.

GS: That’s interesting, because it’s the doctor who delivers the worst news, and also brings joy into Magda’s life.

JM: Yes! And Asier also does sing very well. Since he sings – let’s have him sing.

GS: Dreams also play a part in the film. Can you say something about your interest in dreams?

JM: In cinema, it’s very natural. I use the unconscious a lot when I write. Sometimes I’m like an insomniac. I’m always in that state where I don’t really fall asleep. A lot of ideas and information come from there. Sometimes you look to the side and let the unconscious take over. All of my films have been touched by the unconscious.

GS: Have you started working on or thinking about your next film project?

JM: I have many. I’m working on a series in Europe about Aspasia de Mileto. She lived before Christ. I wrote a novella about her. I always write about women. After Sex & Lucia, all of my (main characters) have been women.

GS: Have you written any lesbian characters?

JM: Yes. My film Room In Rome, is about one night between a Spanish woman (named Alba, played by Elena Anaya) and a Russian woman (named Natasha, played by Natasha Yarovenko). Before one of them gets married to a man, they spend one night in Rome together. They tell each other their life stories.