In living color: an interview with writer Jarrett Neal

For a long time, many issues concerning black gay men had been tugging at me, things I had observed and experienced. 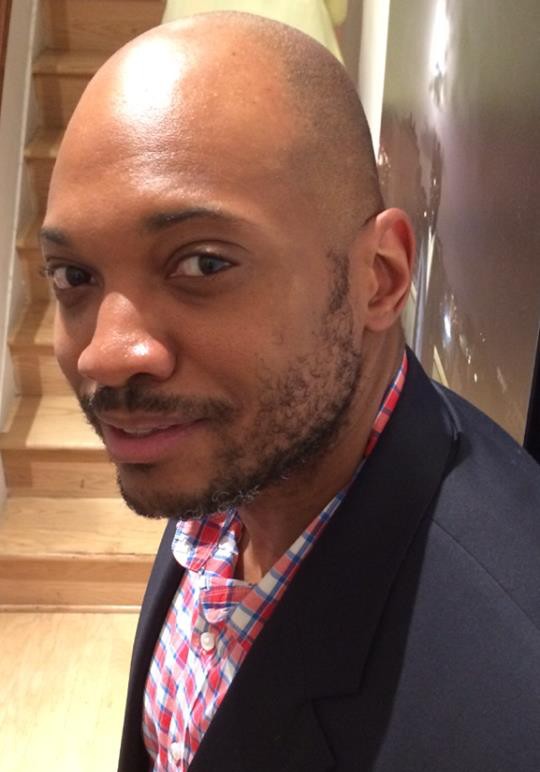 Jarrett Neal talks about his essay collection What Color Is Your Hoodie?

Have you met Jarrett Neal? He’s a poet, fiction writer and essayist with degrees from Northwestern University and the School of the Art Institute. He is also an educator, teaching at Aurora University.

Have you read Jarrett Neal’s writing? His work has appeared in a variety of literary journals and anthologies. What Color Is Your Hoodie?: Essays on Black Gay Identity (Chelsea Station Editions, 2015), Neal’s first book, a collection of insightful and provocative personal essays is the best introduction to this fresh voice a reader could ask for. Writing on subjects including President Obama, education, coming out, body image and pornography, Neal’s refreshing take on being black and gay is deserving of a vast readership. I spoke with Neal about the book in September 2015. [Women and Children First on Clark Street in Andersonville hosts a book launch party for Neal on Oct. 9 at 7:30 p.m.]

Gregg Shapiro: Jarrett, I’d like to begin by asking you to say a few words about the process of selecting and compiling the pieces that appear in What Color Is Your Hoodie?: Essays on Black Gay Identity.

Jarrett Neal:  For a long time, many issues concerning black gay men had been tugging at me, things I had observed and experienced. A few years ago I decided to take a break from writing fiction and poetry and try my hand at nonfiction. What Color Is Your Hoodie? emerged from those writings. I organized the book around central themes: the body, politics, friendship, sex, and media representation, beginning with the individual (me) and spanning out into the black gay community as a whole.

GS: In the second essay, you write “Life gets in the way, as it often does when one matures.” Is that sentiment intended to be as much a message of reassurance to you as it is to your readers?

JN: I hope so. Aging is often grounded within a narrative of loss: friendships, dreams, opportunities, our young bodies. Once we grant ourselves permission to let go of certain parts of ourselves and understand that loss does not always have to relay negative emotions, I think we can grow and become something else, and usually the new self we create enjoys much more freedom and happiness.

GS: You mentioned Dwight McBride and you cite him a few times in the book. Is he someone that you consider to be an influence?

JN: Absolutely. I admire the way McBride (in his book Why I Hate Abercrombie and Fitch) integrated intensely personal narratives into academic writing. In many ways, his book gave me permission to take the chances I did in What Color Is Your Hoodie?, not only in terms of the subject matter but also in merging memoir and academic writing. I cite McBride multiple times in my book, and I look to him and others (Robert Reid-Pharr comes to mind) to be my role models for taking provocative subject matter and handling it with gravitas and decorum.

GS: In the essay “My Last Love Affair,” you write about President Barak Obama, including his accomplishments at the time the essay was written. Much has changed since then – have you written or thought about writing about Obama as he nears the end of his second term?

JN: Like many other people, I am very curious about how President Obama will spend his post-presidency, what causes he will devote himself to, and how he can best serve the American people. Barack Obama is arguably the most transformational figure within the black community today; it would be difficult for me not to revisit him in my writing life at some point. I’m quite eager to write an essay on the back-to-back speeches he gave on June 26, 2015 when he gave an impromptu speech on marriage equality in the Rose Garden following the Supreme Court’s 5-4 decision, and then just hours later he delivered a eulogy for Rev. Clementa Pinckney in South Carolina that became a rousing sermon. That day, I think, encapsulated everything we who support the POTUS had in mind when we voted for him. When history books about the Obama presidency are written, that day will stand out as the most shining moment of his term in office. I don’t think anyone can know what it felt like being a member of the black LGBT community that day. Just monumental.

GS: As a potential Presidential candidate, how does Dr. Ben Carson compare to Obama?

JN: Let me put it this way: If Dr. Carson practices surgery the way he conducts himself on the campaign trail, I’ll hold out hope that euthanasia will one day become the law of the land.

GS: Do you know if any of your students have read the essay "Teaching Black, Living Gay"?

JN: To my knowledge no, but many of my colleagues at the university where I teach have read it and said it truly opened their eyes to the way black and/or LGBT instructors navigate higher education.

GS: In that same essay, you write about “the toxicity of homophobia in the black community." What will it take for that to be eliminated?

JN: When members of the Black Lives Matter movement met with Hillary Clinton a while back, she told them that changing people’s hearts about racism shouldn’t be their goal. I’m inclined to think the same thing in regard to homophobia, whether it comes from the African American community or any other group. I strongly advocate visibility and representation for marginalized groups. When homophobes see who we are and what we stand for, we have a chance to dismantle their stereotypes and misconceptions. Yet I feel the black community is becoming more tolerant, as evidenced by the growing number of black clergy members who have recently come out in support of LGBT causes. Still, the road to full inclusion is long.

GS: What is the status of your novel mentioned in the "Baldwin Boys and Harris Homies" essay?

JN: I began a doctoral program last year and since then my creative writing projects, sadly, have stalled. I’m a writer who needs mental space and relaxation to complete a project, and right now most of my writing is devoted to my academic endeavors. My plan is to give my novel one more thorough revision sometime within the next year then send it out into the world, warts and all.

GS: Patrik-Ian Polk’s Noah's Arc comes up in more than one essay and you also write extensively about TV in other essays. Would you say that TV or literature has had the greatest impact on who you are as a person and writer?

JN: As a kid I watched far too much TV than I should have been allowed to, yet I credit TV and movies for teaching me structure, characterization, and giving me a taste for the dramatic in my creative work. As a matter of fact, I have written a manuscript of personal essays chronicling with my husband’s and my relationship with films; it desperately needs my attention. Yet despite my love of visual entertainment, literature moves me in profound ways. I’ve always been a bookworm. The older I get and the more the world becomes cacophonous, the more I seek out literature. The works of Toni Morrison, Patricia Highsmith, James Baldwin, and Flannery O’Connor have shaped me as a writer but I’d be remiss if I didn’t point out the influence dynamic televisions shows such as Mad Men, Six Feet Under, Alfred Hitchcock Presents and The Twilight Zone have also had on me.

GS: The circumcision essay "Peewee's Peepee" is every bit as personal as it is clinical, and the one essay in the book probably not meant for the squeamish. Was it hard, so to speak, to write about?

JN: I didn’t find it difficult to write “Peewee’s Peepee”. It is one essay in the collection readers seem to respond to most. Circumcision is a charged topic. I was inspired to write this essay because dear friends of mine—a straight couple in a long term relationship—were debating the issue one night, each of them passionately arguing his or her side. When I told them I had undergone elective circumcision when I was twenty, they were eager to learn more. I’m glad I wrote the essay; I relied on old journals and memories to force me to come to terms with the procedure and how it altered my self-image.

GS: Have you started thinking about or writing your next book?

JN: I always have an idea for a new writing project spinning in my mind. I have a list, and at the top of that list is my novel A Dangerous Man. It’s a project I’ve been nurturing for a decade now, ever since my days as an MFA student at the School of the Art Institute of Chicago, and I long to bring it to conclusion. I also have an idea for a novel set in Chicago that combines the el trains, student loan debt, and a man caught up in a bisexual love triangle in the middle of the 2008 presidential election. But presently, I’m preparing to write my dissertation, which will be an autoethnography.