Just in time: an interview with Justin Tranter

If we want the rest of the world to fully accept us we have to accept and encourage our community and ourselves first. 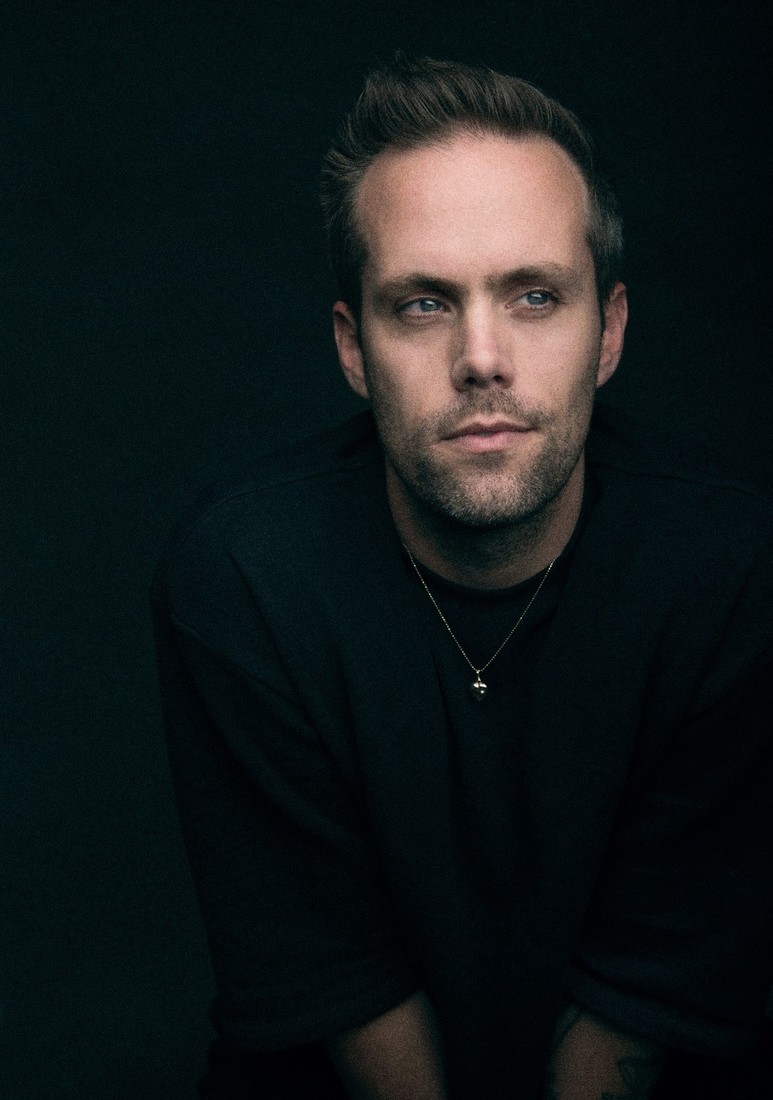 Even if you don’t know Justin Tranter’s name, you probably know his music. In recent years, the openly gay songwriter has written hits for DNCE (“Cake By The Ocean”), Selena Gomez (“Hands To Myself”), Justin Bieber (“Sorry”), Hailee Steinfeld (“Love Myself”) and others. Perhaps his most high profile project, Tranter co-wrote all of the songs on Gwen Stefani’s This Is What The Truth Feels Like album with Stefani and his longtime collaborator Julia Michaels. Tranter, who also has a career as a solo artist, as well as the leader of the glam/punk band Semi Precious Weapons, is a man of many talents, including being a jewelry maker. I spoke with Justin about his musical life shortly after the release of the Stefani record.

GS: Justin, you received a 2003 Outmusic Award for your song “Blend In.” As a gay artist, what did that honor mean to you at that time and what does it mean to you today?

Justin Tranter: It was and still is a great honor. If we want the rest of the world to fully accept us we have to accept and encourage our community and ourselves first.

GS: When I interviewed you the first time 12 years ago you had just released your second album Tear Me Together. Do you ever go back and listen to your early solo albums, and if so, how do you feel about them?

JT: How the time flies [laughs]! I do go back every few years and have a listen. Some of the songs I still love, and some terrify me. But mainly I'm just proud of myself for being so boldly weird and queer in my lyrics at such a young age.

GS: How would you say you’ve developed as a songwriter since that time?

JT: I've become much more interested in helping other people tell their stories. Between my solo stuff and the band I talked about myself for way too long.

GS: Four years passed between the release of Tear Me Together and the 2008 debut album by your band Semi Precious Weapons. What were you doing during that period?

JT: Collecting cans on the street, starting a jewelry line, hosting a night of LGBTQ artists at Sidewalk Cafe. Basically just doing anything and everything I could to make my living as an artist. I think I'm also partially responsible for the gentrification in Greenpoint Brooklyn during that time [laughs]. My apologies.

GS: What is the genesis of the name for the band Semi Precious Weapons?

GS: What was involved in the process of evolving from a solo performer to leading a band?

JT: The band was just all about recreating the over the top NYC I fantasized about and thought still existed when I moved there. But everyone wanted to be in Sex In The City, not Blondie by the time I arrived.

GS: Semi Precious Weapons released three full-length studio albums. Is there a fourth in the works?

JT: We are sadly on a semi-permanent hiatus. The life of an openly queer and happily femme singer in the major label world can be VERY exhausting and difficult. Our band faced so many obstacles that when the writing started happening I decided to focus on that full time. But I made sure to hook my band members up with good jobs though. Cole is in DNCE and Stevy and Dan play with queen Gwen (Stefani)!

GS: Being in a band means that you have to be open to collaboration, which you obviously are considering that in recent years you’ve co-written hit songs for artists such as Justin Bieber and Selena Gomez. What is it about your personality that makes it easy for you play well with others?

JT: I'm a very positive person who always dreams really big for everyone around me. Maybe that's it? I guess we would have to ask those I play with.

GS: How did it feel the first time you heard a song you’d co-written for someone else on the radio or in a club?

JT: It was magic. It was insane. For some reason it felt even more gratifying than hearing myself.

GS: One of your recent big projects is the new Gwen Stefani album This Is What The Truth Feels Like, for which you co-wrote all of the songs. Were you a Gwen Stefani fan when she was in No Doubt or did you prefer her as a solo act?

JT: I was a massive Gwen fan in every era. She is one of the greats. And anyone who can combine brutal lyrical honesty with high glamour visuals is a hero in my book.

GS: What was involved in the process of co-writing the songs with Gwen?

JT: It was all about capturing exactly what Gwen was thinking, feeling and saying in the moment. It's Gwen's journey, we are all just lucky to be on it.

GS: Your regular collaborator Julia Michaels was also integral in the project with Gwen. How did the two of you come to work together as a team?

JT: We just met in a session put together by my publisher and it was creative love at first note. But to get the first note out, Julia had two panic attacks and a Subway sandwich.

GS: What’s next for you, Justin?

JT: Hopefully a lot more songs, signing and developing artists I believe in, hanging out with my parents and possibly breasts when I'm 70 [laughs].