Jon Seda on 'Chicago P.D.' and the Windy City

I enjoy the mystery of Chicago and going around to places. 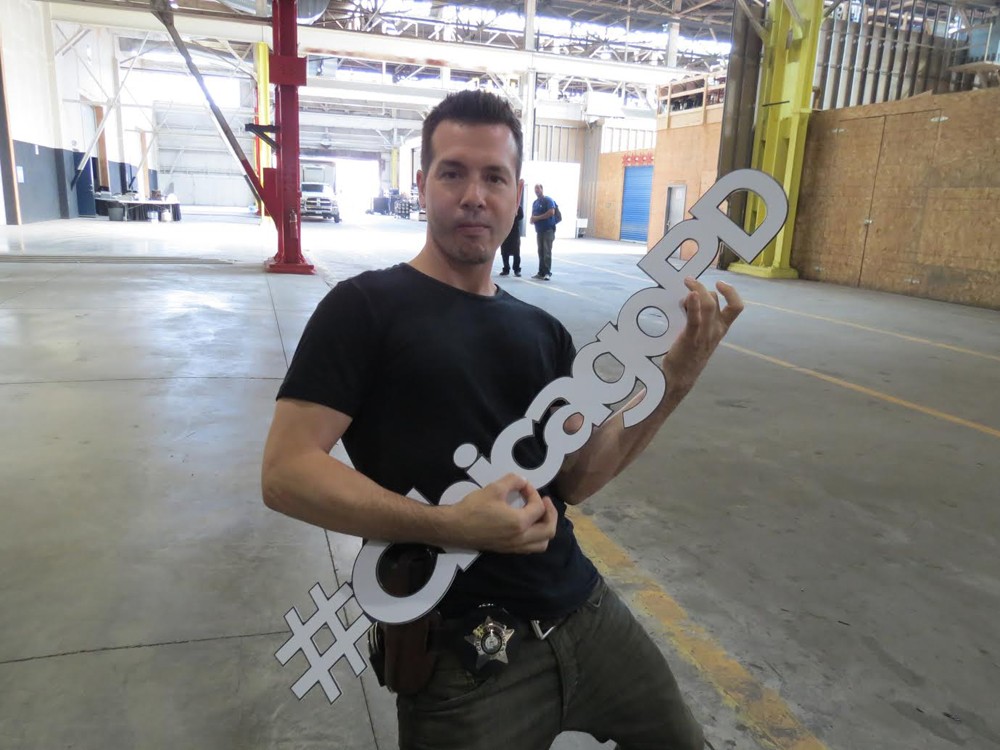 Jon Seda, who stars as Antonio Dawson in the NBC drama "Chicago P.D.", is talking up Chicago and the second season of his hit television series.

From his TV roles including "Homicide: Life on the Street" or "UC: Undercover" to the movies "Gladiator", "Price of Glory", "12 Monkeys" and "Selena", the 42-year-old Seda has been acting steadily for over a decade-and-a-half.

Jerry Nunn caught up with Seda on the Chicago set of "Chicago P.D."

JN: (Jerry Nunn) Hi, Jon. Where are you from originally?

JS: (Jon Seda) I was born in New York but I grew up in New Jersey.

JN: How has Chicago been?

JS: Chicago has been great. I did my first movie out here back in 1990. It was a boxing movie called Gladiator. It was not the Gladiator that everybody saw! (laughs) We shot here and it was freezing then. It is good to come back. I have spent a lot of time here. I enjoy the mystery of Chicago and going around to places. Now it is a different time and it is very nice.

JN: Tell people about your character on Chicago P.D.

JS: I play Detective Antonio Dawson who was first introduced on Chicago Fire. My sister Gabriela Dawson is played by Monica Raymund. That is where I started and it spun over to Chicago P.D.

My character loves what he does. He's a police officer and a family man. He loves his family. He will do whatever is needed as long as it is by the book and done the right way. He tries not to do anything that hinges on, dare I say, breaking the law. Like our title says, "Break the rules, don't break the law."

He that guy that is kind of honest. He's a guy you trust and a good cop, very smart, and a guy you want on your side.

JN: How is the filming going so far?

JS: It is going great. We are up to episode seven, which is actually going to air as nine because they are still preparing the real seven. It is the big crossover episode between SVU, Fire, and P.D.

JN: These writers are crazy!

JN: Do you do your own stunts?

JS: I do most of my own things, of course, within reason. I've had to realize that I am an actor. People are going to think I did it anyway. I try to do my own driving and my own take downs, as long they are going to be seen. We can't risk getting hurt. If we get hurt it could end the whole season. We try to do most of the stunts.

JN: Tell me about your hair in Selena.

JS: I miss that hair.

JN: Did you grow it out for the role?

JS: Not all of it. Most of it was mine. It was down to my shoulders then they added it because Chris Perez who I played in the movie had hair down to here. He's like Slash! It was really curly and mine is straight. I had to curl mine up and do all of that. It was a good time.

JN: Do you have a favorite Jennifer Lopez story?

JS: You know it's funny. People always come up to me and ask how it was kissing JLo. I like to tell people, "Hey, she got paid a million dollars to kiss me!" She was a sweetheart. She was great. She did such an incredible job in that film. Everyone had a tough job. It was a very emotional film to work on. For me I actually had the guy that I was portraying with me on the set.

JN: What are you doing after this?

JS: Just this, it is pretty much taking up all of my time. Oh, I did write a film that I am trying to get off the ground. It is a boxing based film. It is an homage to my former boxing trainer who is in the Boxing Hall of Fame. I trained at his gym in Jersey City. Boxing is what I wanted to do but acting came out of nowhere. I never got a chance to say goodbye to him. He passed away when I finally made it to go back to the gym. He had passed a year before I went looking for him.

This just happened. I became an actor and the next thing I know I am in Hollywood. I never got a chance to say goodbye. This is my way to have an homage to him. I created a story that is loosely based on real events that I experienced. It is something that I am looking to direct. I feel it could be an actor's film. I am trying to get it off the ground so if there is anybody out there that wants to invest in an amazing project with me directing give me a call.

JN: Are you doing a Kickstarter for it?

JS: Yes, I am checking out all different angles and venues. I have someone right now that is finishing up breaking it down and getting a schedule together. It is based in New Jersey but walking around Chicago I don't see why we can't emulate Jersey here. If we used a sound stage we could shoot it here. Most of it is interior with some exterior shots. There's a shot in Vegas. With Chicago P.D. going on this is a passion project of mine. It allows me to really dive in to work on it. Maybe during the next hiatus it is something I can shoot.

Chicago P.D. is currently crossing over Wednesdays on NBC.