I was a band geek. I was in the pit playing trumpet for all the high school musical productions. 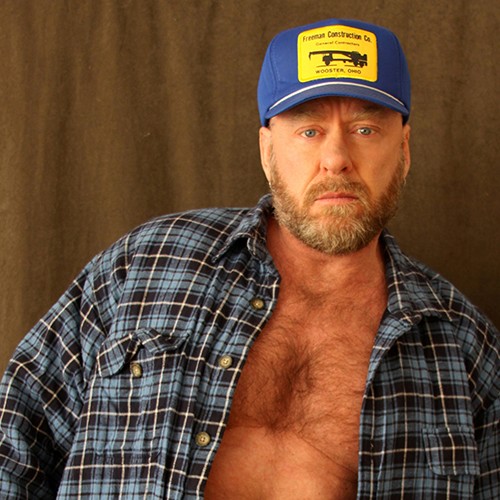 When it comes to LGBT music in Chicago, Scott Free is the go-to guy. For the past 14 years, Free’s queer spoken word and music performance series Homolatte has been the longest running event of its kind, pairing up queer musicians and writers from all over the country. A 2010 inductee into Chicago’s Gay and Lesbian Hall of Fame, Free also has a pair of OutMusic Awards to his name. A musical activist, Free has released four full-length albums under his own name and also leads the queer ska band Dean Of Women. In August 2015, Free will release Witches Among Us (LeatherWestern/scottfree.net), the original cast recording of the musical for which he wrote all of the songs. Set in mid-1960s Manhattan, with a book by Rick Karlin (in the interest of full disclosure, it should be noted Karlin is my husband), the musical equates the struggle for gay rights with that of a coven of witches who want nothing more than to live their lives and love whomever they want in peace. I spoke with Free about the album and more in July 2015.

Gregg Shapiro: What is the genesis of Witches Among Us?

Scott Free: I had been anxious to write songs for a musical theater project for many years, but couldn’t find a book writer to work with. Rick Karlin and I met and discussed a few possible projects. Rick had some original ideas, but he also suggested some adaptations, including the 1959 play/movie Bell, Book and Candle. I had loved that movie growing up, so I wanted to give that a shot. We had a staged reading of the project at the Center On Halsted in Chicago. We tried to obtain the rights to Bell, Book and Candle to do a full production, but were unable to. As it turns out, my friend Anthony Whitaker was in the chorus for the staged reading. Shortly after the reading, he and his partner, Jamal Howard, started the New American Folk Theater company. Anthony wanted to produce a musical with those songs, but in order to stage it, we had to completely rewrite it. Rick rewrote the book with new characters and plot, and I wrote a number of new songs, and changed lyrics on a few. And in that process Witches Among Us was born. The New American Folk Theater produced it in the fall of 2014.

GS: Had you previously had any interest in writing for the theater?

SF: Well, to name-drop a little, when I lived in New York, I knew Bob Saget, back when he was doing the NY comedy club circuit. I gave him a three-song cassette to check out, and his comment was “you should write for musical theater.” I only ignored him for about 25 years [laughs].

GS: Do you remember the first musical you ever saw?

SF: The first Broadway show I saw was the original production of Sunday In The Park with George, although the night I went, the understudy filled in for Bernadette Peters. But Mandy Patinkin was incredible!

GS: Did you do theater in high school?

SF: I was a band geek. I was in the pit playing trumpet for all the high school musical productions.

GS: Do you have a favorite musical?

SF: Sweeny Todd, of course! But there’s quite a few that come quite close – I love Gypsy, and The Music Man, too.

GS: How, if at all, did writing songs for Witches Among Us differ from the way you worked on songs for your other albums?

SF: It was mostly different in the lyrical approach. I had never written for characters before, and it was actually very freeing. After so many years, that whole singer/songwriter, self-centered lyric was getting tired [laughs]! But also, I had to move away from the repeating chorus concept that’s in pop music. You can’t have a character singing the same thing over and over again, (that) just doesn’t work.

GS: Witches Among Us is set in the mid-1960s, aside from the obvious acts of the era such as the Beatles, from what artists did you draw inspiration?

SF: I delved into the genre that is now called “Lounge Music” for the obvious campy aspects of it. I even went back and checked out Ann Margrock on The Flinstones [laughs]! But musically, Martin Denny was a big influence, as was Henry Mancini, and even a little of Dean Martin’s work.

GS: Were there one or two songs that were more fun to write than the others? If so, which ones?

SF: Oh, “The Potion Song” was a blast [laughs]! It’s basically a song where the wacky witch Althea is putting one over on a very naïve mortal Alan with a fake potion she creates. It’s got lots of Americana references like Disney and the Green Bay Packers [laughs]!

GS: You wrote the music and lyrics for the show. What Broadway lyricists inspire you?

SF: That’s a harder question – I avoided the tag “Music & Lyrics by” for a long time, because I just wrote songs – I never thought of them as separate processes. But in the midst of this project I have had to rewrite lyrics for the music I had already composed, so I got a better sense of how they could be done separately. But no, I don’t have specific lyrical influences in the theater world.

GS: When writing for the theater, you have to think about hearing other voices singing your songs. What was that experience like for you?

SF: It was wacky. I strolled around the house as the characters to help me come up with the lines they would sing. The female characters were especially fun [laughs]!

GS: The show’s mid-1960s setting pre-dates the Stonewall Riots by a few years, but it portends things to come. You have a history of political activism, in both your artistic and personal life. Do you see Witches Among Us as an extension of that?

SF: I did have the opportunity to write a very political song in Witches Among Us with “Bright.” It’s a very obvious metaphor for the gay community and the collective will that was required to come out of the shadows. The song “Not Anymore” is a reference to the Stonewall Riots, although it was not used in the NAFT production.

GS: As you mentioned earlier, Witches Among Us had its world premiere in Chicago in October 2014. What are your fondest memories of the production?

SF: I stood on the side for opening night. I couldn’t stop myself – I mouthed the lyrics to the entire show. I think I was trying to project my mind into the actors, so they wouldn’t make any mistakes [laughs].

GS: Are there plans to mount future productions of Witches Among Us?

SF: Nothing yet; but we’re working on it.

GS: Are you planning to do more theater work?

SF: I do have plans for more projects. It’s too way too much fun to not keep going.

GS: Have you started thinking about or working on any other creative projects?

SF: I am working on a project where I wrote all of the songs, but have other musicians from the LGBT community singing the songs. I hope to have that CD out by the end of the year.