I was trying to be Gwen Stefani I think. 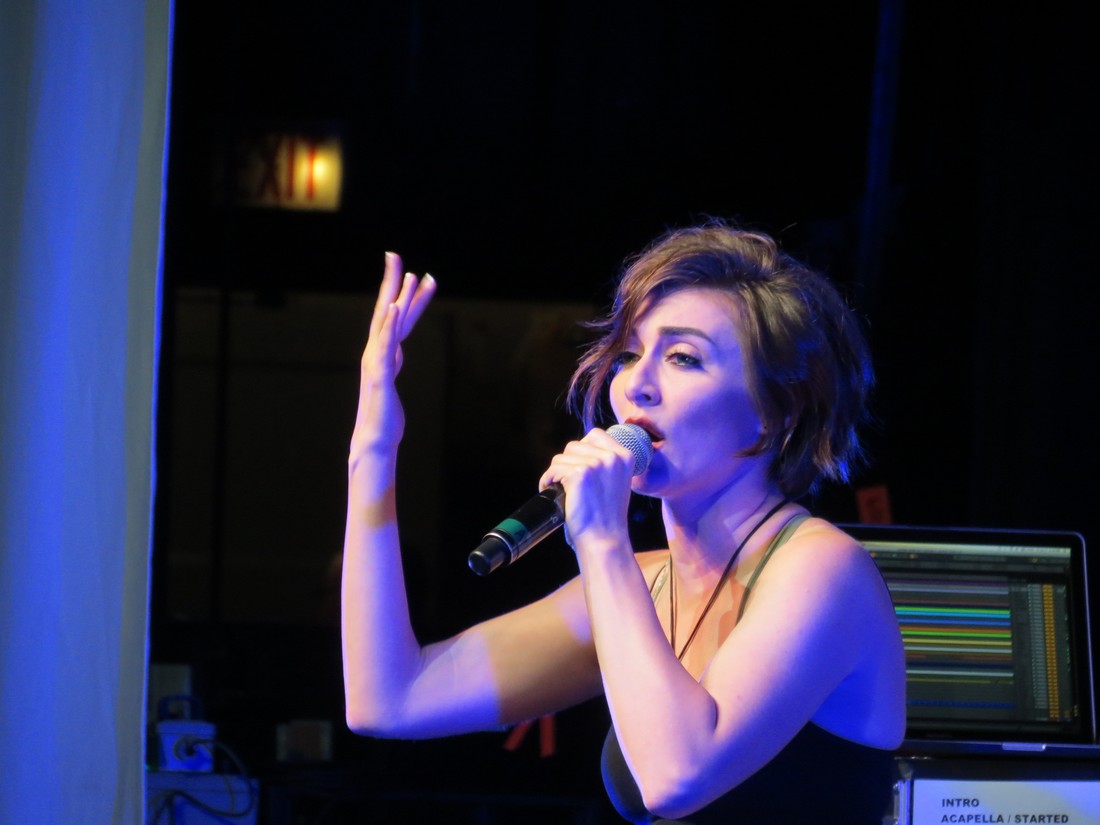 The pop group Karmin consisting of Amy Renee Heidemann and Nick Noonan became YouTube sensations and joined a major label for hits like “Brokenhearted” and “Hello.” They have toured constantly ever since making many Chicago appearances. Now with a second album Leo Rising the duo goes independent.

Nunn caught up with them on tour to talk about the new music.

JN: (Jerry Nunn) Good to see you both again.

AH: (Amy Heidemann) We have so much to catch up on.

JN: Start off with talking about the two of you coming together in a nutshell.

AH: I'm Amy and he’s Nick, neither one of us is a Carmen. We met in college and started the group. We have been dating for almost ten years now. We were crazy to start the music group together because now we work together constantly and are around each other every day.

AH: We started putting our music on YouTube because we couldn’t afford to tour at the time and we blew up so to speak with some hip hop music. I was rapping, which was unexpected coming from a girl from Nebraska and a guy from Maine. We were assigned to a record deal and had some songs that got played on the radio. We are now independent for the first time since that.

JN: This is a whole way of doing things with the second album.

AH: We think of ourselves as new age artists. We are directly in touch with our fans the whole time.

NN: We just came up with an app. You just type in “Karmin” and it comes up on an Android or iPhone.

AH: If you have never heard of us get the app because our music is free on there. Subscribers get it earlier than everyone else.

JN: How is it working independently as opposed being on a major label?

AH: We are just finding out.

NN: It is creating it creatively and is more fun. We had amazing experiences from Epic learning from producers and writers. We wouldn’t be anywhere close to where we are now if we didn’t have those experiences.

AH: We have no regrets at all. Now that we have learned all of that, we are in the studio and there are no rules. There is nobody breathing down our necks asking for a single. We just record what we believe is a work of art and put that out. We are the fans which is the most important thing. We will figure out what the single is. We found one that was pretty single-y!

AH: Hard worker and your life gets better as you get older, lucky you!

We saw an astrologer to find out the best possible way to get out of the record contract because we didn’t want to burn any bridges, we had a great experience. He told us how and it worked to the exact date so we wanted to dig in a little further. We found out that everyone is affected by all 12 signs. You are not just a Capricorn, you might have Taurus in terms of your career that brings you to art. You might have Gemini in term of family which makes things complicated. Everyone is unique with these different signs. Every song on our album embodies a sign and we have 12 songs.

JN: It is all coming together.

NN: Exactly. “Didn’t Know You” is the Gemini song. Geminis are the twins so people that bounce back and forth between two people. That is where we got the concept for that song.

JN: Is your favorite song on the album your personal sign?

NN: That is why the album is called that because Leos make everything about them anyways. It is the king sign and the party starters.

AH: The Taurus song is “Sugar” which we put out a few months back as a hype song.

JN: That one is a more rocking sound for you, isn’t it?

AH: It is heavier.

NN: Everything is much more of an approach to a soul album. I produced everything so it has an alternative rock feel to it. We took away the auto tune and put more feel back into it. Everyone was so excited about our live performances so we wanted to give that feel and vibe to it.

JN: Are you still matching your outfits with the trumpet, Nick?

NN: Not so much. Maybe we will revisit that in a little bit.

AH: We still love color. One of my fashion icons is Rachel Zoe. We got to work with her on her show when she did a campaign with Coach. She is into ‘70s fashion so we are into that too.

JN: You were a blonde before.

AH: I was. That was the last time I saw you. Don’t do it. It’s so high maintenance. I was trying to be Gwen Stefani I think.

AH: We are coming back when the album drops. It should be out later this year. We love coming back here. Anytime we are invited we say yes.

NN: We were here a few weeks ago taking some random meetings. Chicago is great time and we have too much fun here.

AH: We always eat too much of that cheese and caramel popcorn you have here.

NN: I have to get a hotdog every time I am here, Chicago style and loaded!

[Anchor] JN: You could could come back and play Market Days again.

AH: We have done it twice. We are like the house band!