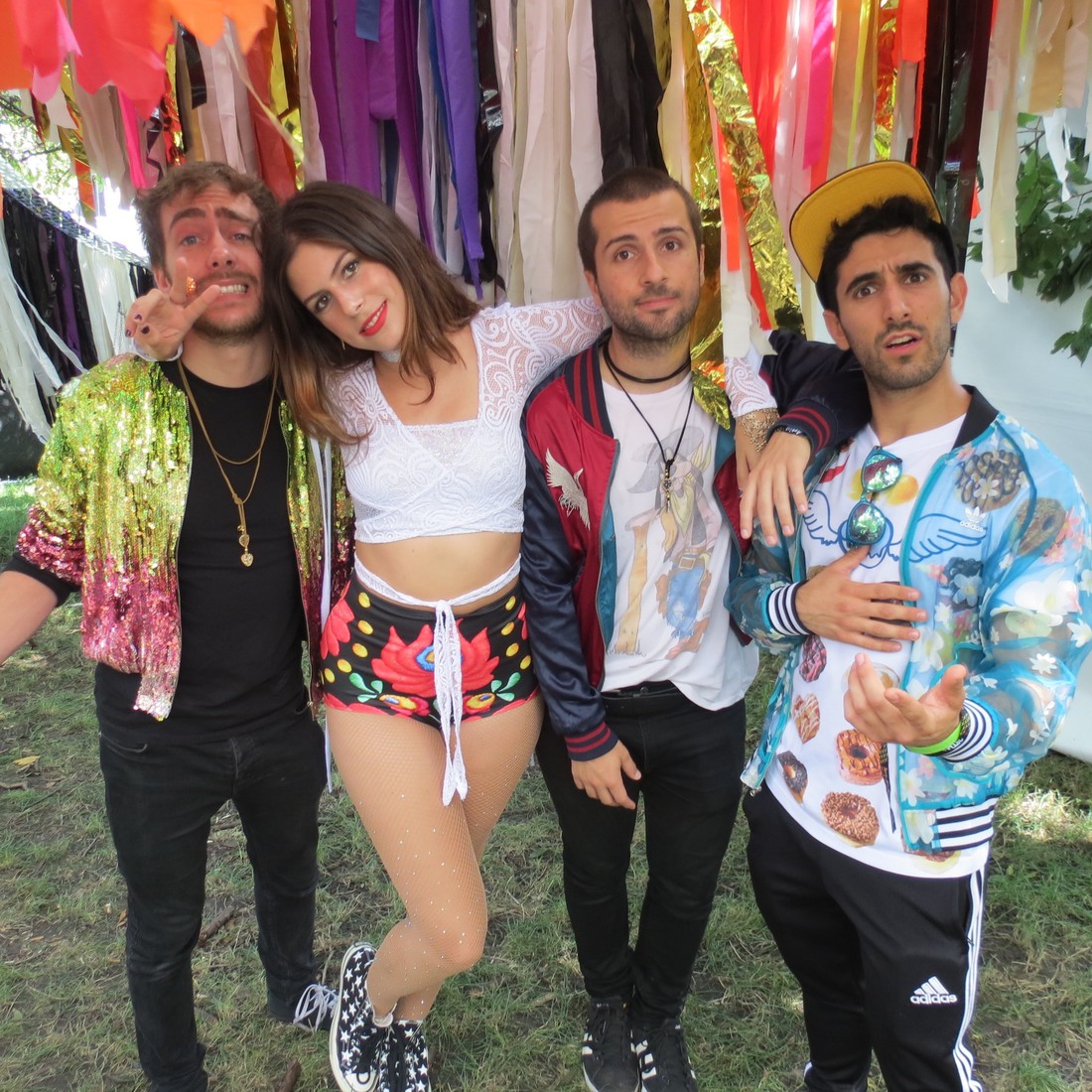 Pop singer Frankie might be heading for the big time. The Los Angeles singer is obsessed with artists like Gwen Stefani and Stevie Nicks. After listening to her music she even comes across as the next Kesha. Songs like “New Obsession” and “Chaos” are gems to listen to over and over on her debut EP Dreamstate.

Nunn talked to her before her recent Lollapalooza appearance and here is what she had to say:

F: (Frankie) I’m from Oakland but I have been living in Los Angeles for the past two years. I’m a California girl at heart.

JN: I just got back from LA Pride.

F: You did? Was it amazing?

F: We were out of town but I wanted to go.

JN: You need to get into the gay market.

F: Yes, help me out with that.

JN: Do you come up with the treatment for your music videos?

F: Definitely. With Dreamstate, my EP. We created the sound and this world. I wanted everything we did visually to fall under that. I like a lot of color and it feel slightly out of this world. Especially in “New Obsession” music video you can’t really tell if it is reality or not. I wanted to extend it in everything that we do.

JN: Do you have a “New Obsession” right now?

F: Being out here at Lollapalooza. I have never been here before. This is our first festival. I’m kind of freaking out right now.

F: Yes. I haven’t got prior to this year but I have gone five times this year alone luckily. It is one of my favorite places now. Hands down. I can’t believe I haven’t been here before.

JN: Did you know there’s another Frankie performing at Lollapalooza?

F: Frankie + The Studs, which I don’t know what that is. I’m assuming it is not a girl. I’m Frankie the girl!

JN: Are you influenced by Kesha?

JN: Do you have other songs in the works?

F: Well, we have this whole debut album. I’m so lucky because RCA, my label, has been so amazing. When we put out Dreamstate, the EP, the boys and I had already written it and produced it. They didn’t touch a single thing. It was released exactly how we made it.

They let us do the whole album like that. I am writing it with my best friends. It is so cool because we are one big happy family. It is really rare. Usually they try to set you up with people to write and produce. They are letting us do the whole thing. We made an awesome album that I am so damn excited for everyone to hear. It comes out later this year.

JN: Is there someone you would like to emulate as an artist?

F: I have powerhouse women that I totally look up to like Stevie Nicks is my ultimate queen. I love her and Gwen Stefani. I like women who write songs and say how they feel and give no fucks whatsoever.

JN: I interviewed Stevie one time.

F: Oh, I hate you. I just want to go to dinner at her house. That is my ultimate dream. I want to hear her play piano and have her tell me stories about songs she has written.

F: Oh, yeah. Coven was such a great season with her on it. She was so amazing.

JN: What do you want to tell people about yourself as a new artist?

F: I feel like there is not really a tomboy pop star. I wear sneakers and I am a down to earth person. I write everything and my band is into doing it themselves. That is our motto. I hope I represent a certain type of girl out there in the world. I want to be a good influence for everybody. I say what is on my mind and I am hundred percent myself. That is what I am all about.

F: We just played the B96 Summer Bash. That was so much fun. So I was here a few months ago. I am sure within the next few months. I seem to be coming back here a lot.