I can’t imagine ever giving up theater; it’s been a part of who I am since I was eight years old. 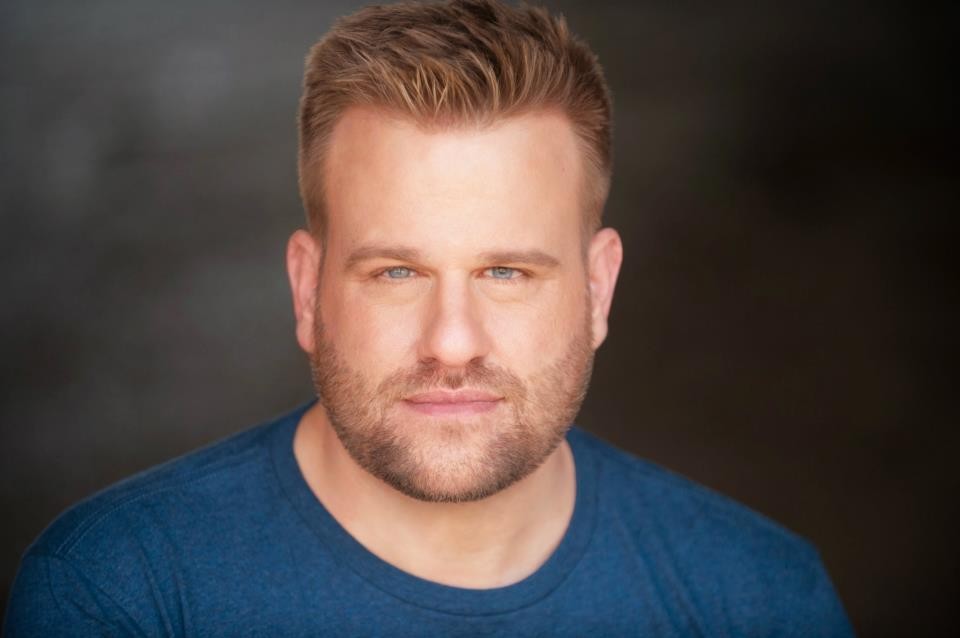 There are so many reasons to watch the fifth season of Nurse Jackie (Lionsgate/Showtime), now available in a three-DVD set. First, it's a reminder of Edie Falco's innumerable charms and a testament to her acting abilities (Carmela Soprano? Who's Carmela Soprano?). Falco's Nurse Jackie, a recovering drug addict in the midst of an ugly divorce, is one of the most perfectly flawed characters on television.

Then there's the supporting cast, led by recent Emmy Award winner Merritt Wever as Nurse Zoe, Anna Deavere Smith as administrator Akalitus and Peter Facinelli as resident/stud Dr. Cooper. But it's probably gay male nurse Thor, embodied with grace and glamour, by the amazing Stephen Wallem, who will resonate with LGBT viewers. A gentle giant Viking in scrubs, Thor's bedside manner is all cuddly bear and razor-sharp wit. Out actor Wallem, who has been portraying Thor since the series began, turns in a pivotal, tear-jerking performance in the season finale. If you haven't seen it yet, you owe it to yourself to check in to All Saints' Hospital for these 10 episodes, especially since the new season begins on April 13.

I spoke with the multi-talented Wallem about the show and his career in March 2014.

GS: (Gregg Shapiro) Stephen, what was involved in the process of your being cast as Thor on Nurse Jackie?

SW: (Stephen Wallem) I initially read for the role of MoMo while I was visiting Los Angeles. I hadn't yet moved to New York, I was still based in Chicago at the time. It's a long, harrowing process auditioning for a TV series. There tends to be far more call-backs than what is typical in the theater. The next call-back was in New York and the next one after that was my first time reading with Edie Falco. As the stakes get higher, more and more important people get added to the room each time. If you make it that far, the next step is the "studio test" where the producing studio execs (Lionsgate, in this case) join the room to watch the "contestants"-- it does start to feel like American Idol after a while [laughs]. That same day, after the studio test, I sat in a room with all the other hopefuls for all the roles and waited to hear from my agent if I made to the final leg: the network test. So it boiled down to four of us for the role, the execs from Showtime joined the room, and I went in to read with Edie one last time. Although I ended up not getting that particular role, they liked me enough to create the role of Thor for me. He didn't exist in the pilot.

GS: Thor knows his way around a one-liner. What's the best part about delivering Thor's zingers?

SW: I feel like I get to live out the fantasy of being Addison DeWitt from All About Eve; Always coming up with the perfect biting retort, no matter the situation.

GS: Thor and Zoey provided a great deal of comic relief in season five of Nurse Jackie. What's it like to work with Merritt Wever?

SW: I couldn't possibly love Merritt more, both as a person and an acting partner. She has a huge heart along with being a comic genius. It's so rare to work with someone who truly is unique and unpredictable in the best sense of the word. Her Emmy is so deserved. Zoey is one of the most endearing characters to come along in decades. The creators truly don't know who's going to end up clicking with whom as the story progresses, so I couldn't be happier that Zoey and Thor became buddies. Keeping a straight face while Merritt channels her magic, however, that is work [laughs].

GS: Do you feel like you know more about medicine than you ever wanted to after being on Nurse Jackie?

SW: [Laughs] Oh, if only any of us actually remembered anything we learned [laughs]! Even after six seasons, we'll come back after hiatus and our brilliant medical advisor will have to re-teach us even the most basic procedures. The best compliment we can get, in my opinion, is to hear from fans in the medical profession who think we're getting it right. I'm really proud of how the show takes care with making sure every moment is authentic. I can't in my wildest dreams imagine being a real nurse. We certainly owe it to them to paint a genuine portrait of what they do.

SW: I can't give away any spoilers, but it sure is time for the poor guy to get some affection, right [laughs]? He's tall with a full-time job, after all.

GS: What did it mean to you to get to sing ("One More For The Road") in the season's final episode?

SW: I've been a singer and stage actor my entire life, so I was blown away that the creators found such a beautiful reason to put Thor in front of an audience to sing. Plus, the location we used, Don't Tell Mama, was where I did my first Manhattan cabaret show and where I reconnected with my partner Tony after having first met twelve years prior. It meant a great deal for my television story and my real one to intertwine like that.

GS: That's amazing! You didn't just get to sing in that episode, you also got to act alongside theater legend John Cullum. What was that like for you?

SW: That episode was a monumental gift for so many reasons. I had no idea they were planning that storyline for me. When I first read it, I burst into tears because the character of Wally reminded me so much of my dear Uncle Jim who passed away a few years before "Nurse Jackie" went into production. So to say goodbye to Wally in that beautifully written scene, I was able to pay tribute to Uncle Jim in my heart. The fact that I got to do this all with John Cullum was beyond being an honor. Most audiences remember him best from "Northern Exposure," but of course the musical theater geek me knows him better from his stage work. He is such a kind, delightful gentleman. Not only did I get to work with him every day, but I was lucky enough to ride in the same car with him at night. They would usually drop me off first, but I would stay in the car longer just to hear his theater stories. I truly didn't want to go home. He had endlessly wonderful tales about his rich career. That week of shooting will remain a highlight of my entire life.

GS: Nurse Jackie has one of the most amazing ensembles on TV. What does it mean to you be a part of a show such as this?

SW: I seriously can't believe I get to do what I love most with so many people at the very top of their craft. It can be such a crap-shoot to throw together a bunch of strangers and hope they all mesh on-screen and off. They really did find magic with this group. It all starts with the top, and there is nobody out there who is more of a pro than Edie Falco. When I hear stories about temperamental stars, I just shake my head. It's ludicrous. You do not have to be an asshole to make it in this business; I don't care what anyone says. Edie is the textbook example of that fact. When someone like that sets the tone for excellence that she does, how can we not strive for the same thing?

GS: Your roots in theater go deep. Are you able to get to do much theater, either of your own creation or someone else's, these days?

SW: As much as I wish we shot more episodes each year, the upside to a shorter schedule is that it frees up most of the year to pursue other projects. I've been really fortunate to do lots of theater and cabaret during each hiatus, everything from playing Shrek last year at The Muny in St. Louis to a redneck trucker in Anna Nicole for New York City Opera. Not for lack of trying, but Nurse Jackie is my first on-camera job ever. I can't imagine ever giving up theater; it's been a part of who I am since I was eight years old.

GS: Do you have any new theater projects on which you are working?

SW: The details are still being worked out, but I'll be doing a musical in July playing one of my dream roles. I'm also itching to do another cabaret show soon.

GS: Do you have any new film or television projects on which you are working?

SW: Nothing in the works at the moment, though my childhood dream was to be in a Star Wars movie. I'll gladly be the guy that pushes Jar Jar off a cliff into molten lava or something [laughs].

GS: Finally, Stephen, as a Midwesterner, what do you miss most, if anything at all, about that region?

SW: I miss everything about the Midwest! I'm so grateful to have been born and raised there. Every time I meet someone here in New York who's originally from the Midwest, I say " I knew it. We always find each other." People can make fun of Midwestern friendliness, but I will take that over cynicism anytime [laughs]! My parents and brother still live in my hometown and I have dozens of close friends still in Chicago, so I have plenty of reasons to come home frequently. Chicago was my home for twenty-two years, and I can't imagine a better place to have grown as an artist and a person.