Estelle is a "True" talent

We don’t stand around, “Look at me singing at you.” We have a party and I mean everybody. 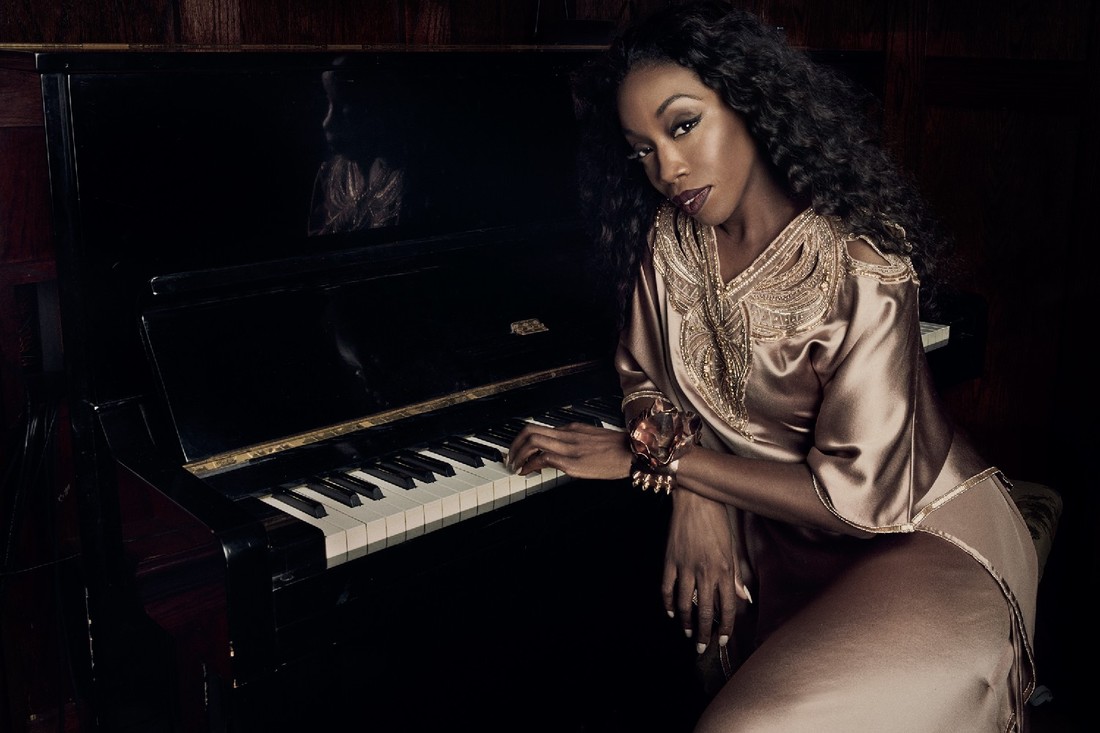 British soul bird Estelle stumbled a bit after her Grammy Award-winning second album Shine, containing the hit single “American Boy.” Returning after a three year gap with her fourth album True Romance (BMG), Estelle has the potential to regain some momentum. True, there’s nothing like “American Boy” on the disc, but the dance-floor jam “Something Good/Devotion” sure comes close. As for the other soul balladry, “All That Matters” and the empowerment anthem “Conqueror” are decent.

GS: (Gregg Shapiro) Estelle, I’d like to begin by offering my much belated congratulations on your 2009 Grammy for “American Boy.” What did winning the Grammy mean to you?

E: (Estelle) It’s a kind of validation that you’re not crazy [laughs] at the root of it. I also look at it like our industry’s graduation and prom combined.

GS: Did you have any idea that “American Boy” would be as big a hit as it was when you were writing and recording it?

E: I knew it was special because of the reaction to it. I never knew that it would be that special. It is what it is and it did what it did.

GS: “American Boy” got the dance club remix treatment which no doubt made it popular in gay clubs. Have you made any appearances in gay clubs in the US or elsewhere?

GS: You performed the song “Conqueror,” from your new album True Romance, as a duet with Jussie Smollett on the show Empire. What was that experience like for you?

E: It was fun. It wasn’t hard at all. It was very cool. What it looks like and what it was shaping up to be at the time are two very different things. They shot it in Chicago so it was easy just to go down there and hang out with them and do your part and leave. I know Jussie, so it was easy to do. We’ve hung out in real life, so it wasn’t tense or “what are we doing”? [laughs].

GS: It looked like you guys were having a really good time.

GS: What was the inspiration for the song “Conqueror”?

E: I didn’t write the majority of it, but I told them the kind of thing that I wanted. I wanted something everyone can relate to, that everyone can feel, no matter what they’re going through. That’s what they gave me. You want one of those ones (on your album) that people will feel, and that’s it.

GS: True Romance has a nice mix of ballads and up-tempo numbers. Do you have a preference writing and performing one over the other?

E: No. They’re all like my kids [laughs]. I like them all the same. But some days, depending on how I’m struggling or how tired I am, I may like one type more than the other. But I would say they’re all my kids.

GS: You’ve had the chance to work with cool collaborators such as Jussie Smollett, Kanye West, John Legend and Cee-Lo, to mention a few. Is there anyone you would like to collaborate with in the future?

E: After you name those people, for me it goes into legends such as Barbra Streisand or people like that.

GS: You’d really like to collaborate with Barbra Streisand?

E: [Laughs] yes! I’d love to. She’s amazing. It would definitely be a moment and she would be one of the moments. I had the honor of singing with Gladys Knight and that was a whole other thing. I’m running out of legends [laughs].

GS: You are going to be performing at Pridefest in Chicago in June. What do your gay fans mean to you?

E: The world! You guys are the core. I get so much support and encouragement. You guys mean the world to me. I love you guys.

GS: What can your fans expect from your show at Pridefest?

Estelle, who was recently featured on the hit TV series "Empire," performs the Chicago Pride Fest Main Stage at 1:30 p.m. on Sunday, June 21. Pride Fest, which is organized by the Northalsted Business Alliance, runs June 20-21 on Halsted Street between Addison and Grace. A $10 donation is recommended. The Chicago Pride Parade is the following Sunday, June 28 at noon.