Giving Shelly her glow: an interview with Judith Light of 'Transparent'

I think she’s one of the most fascinating characters that I’ve ever gotten a chance to play. 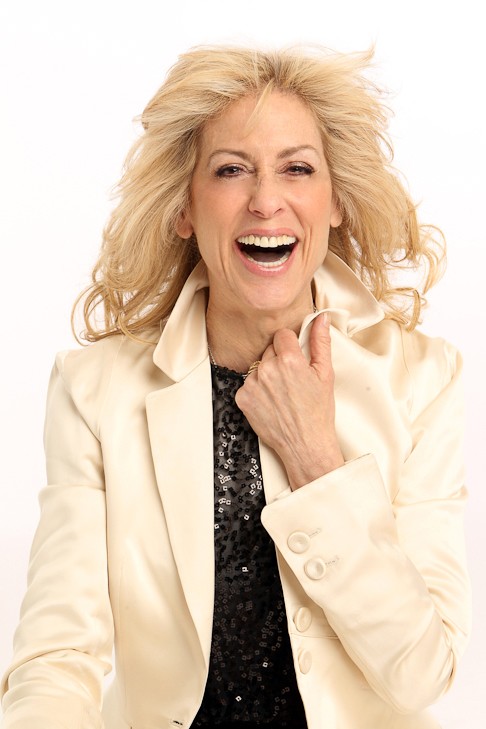 Easily the most talked about new series of the fall 2014 season, Transparent (available through Amazon Prime) is, in a word, triumphant. Series creator Jill Soloway (Afternoon Delight, Six Feet Under and The United States of Tara) has created a show that transcends labels, effortlessly blurring the lines between comedy and drama.

The story of Mort (Jeffrey Tambor), a divorced father of three who is in the process of transitioning from male to female, from Mort to Maura, Transparent stars one of the most inspired and brilliant ensemble casts in recent memory, including Amy Landecker, Jay Duplass and Gaby Hoffman, as Maura's adult children.

Tambor is phenomenal in this role of a lifetime. Equally riveting is Judith Light, a familiar face to TV viewers from her years in soap operas, sitcoms and primetime dramas, as Maura's ex-wife Shelly. Shelly, remarried to Ed (Lawrence Pressman), a man with Alzheimer's, remains a strong presence in the lives of her dysfunctionally delightful family, and has a way of drawing the viewer's attention every time she appears on-screen. That's to the credit of Light, who has undergone what can best be described as her own physical transformation to portray Shelly. I spoke with Ms. Light about the show, her character and her longtime support of the LGBT community in October 2014.

GS: (Gregg Shapiro) What was it about the character of Shelly Pfefferman that attracted you to playing her in Transparent?

JL: (Judith Light) I think she's one of the most fascinating characters that I've ever gotten a chance to play. She's written magnificently. She's created brilliantly by Jill Soloway. I was going to get to be with my longtime friend Jeffrey Tambor. We were going to get to do this together. I knew about Amy Landecker and Jay Duplass and Gaby Hoffman's work. I just knew it was going to be an incredible experience. It wasn't just the character. It was all of those other things. Plus the fact that Amazon Prime had picked it up and they were so supportive. It was really a slam dunk for me. I desperately wanted to play this part.

GS: I'm really glad you mentioned Jill. Were you a fan of her work, including Six Feet Under and The United States of Tara, before coming to work on Transparent?

JL: Oh my, yes! Don't forget the movie Afternoon Delight! She won best director at Sundance in 2013 for that movie.

GS: I interviewed her about that movie when it opened. It is a wonderful film.

GS: The first time you appeared on screen as Shelly, I was blown away by what I would describe as the physical transformation that had taken place. More than just slapping on a grey wig and a pair of glasses, your entire body was involved in the becoming the character. Can you please say something about the process you went through to become Shelly?

JL: First of all, you are probably one of the few who have noticed that. I want to say thank you so much for that. I really appreciate it. When you take on a character and they move into your body, it's not always the easiest thing and not everybody notices it. So I'm very grateful to you for that. I actually don't know how to answer that question. It's funny, Jill and I were talking about this. She asked me, "What happens to you?" I do a lot of homework on a role and Jill and I have talked a lot about this. All of us on the team worked with this woman named Joan Scheckel who worked with us on the emotional connections we all had as a family which is why it feels so much like family when you watch the show. Something happened to me in that process where I felt her come through me. I didn't do a lot of intellectual work on it; I did a lot of more experiential and connection with the other people work on it and she just began to come through as we worked in that process, in that way, doing Joan Scheckel's work. Also, Jill was always guiding me. She did that with everybody. Something was happening and I don't even know how to define it. Thank you for noticing!

GS: What are the challenges and rewards of playing a Jewish mother?

JL: The humor. Oh, my God! I had someone text me the other night who said they had just watched the second episode. [Quoting a line about a carryout] "Who changed the standing order?" [laughs]. Don't you know that that mother knows how much everything weighs? It doesn't get any better than that. You have to have brilliant writers to get that. The joy of that is so special. This is a basis of where this family comes from. There is so much love and support and connection. But there is also this kind of…when someone chooses to become so incredibly authentic and courageous, what does this family do with that? (These) people are incredibly expressive. But they are also, in their own very interesting ways, they are very scared of what happens when Maura throws this curveball to the family. Being a Jewish family, they deal with it in very particular ways.

GS: As you mentioned, the humor makes something so difficult much easier to experience and to bear.

GS: Speaking of connections, you have a longstanding supportive and wonderful relationship with the LGBT community. Was that another reason you wanted to become involved with this project?

JL: Very, very much. When Jill and I had this 45 minute Skype call, we talked about the show, we talked about my longtime connection with Jeffrey and how much we liked each other's work. But the real conversation about our LGBTQ activism was so important to why I wanted to do this. I've been on Broadway for the last four years and I've not been in California. I've been choosing my television projects very judiciously and carefully. I said to my longtime manager of 34 years that this would bring me back to California. This is the one; because Jill was talking about it. Before every rehearsal and every reading, we would talk about how grateful we are to get to be able to show this kind of story and how grateful we felt to Amazon Prime for being willing to do this story – their level of support. This has the opportunity to change the culture in exponential ways. To start removing the levels we have in the world in very powerful ways, in dramatic, humorous, deeply connected, fabulous ways. We talk about how the gay community has educated the world and shown the world about sexuality. It's the transgender community that is educating the world about gender identity and gender fluidity. It's something we don't talk about and as a society we don't know about. I've been on the board of the Point Foundation, which gives scholarships to LGBTQ youth who are marginalized because of their sexuality, and we have a very high percentage of trans youth who we give scholarships to. They have educated us about this very issue. This is going to be something that will take us into the next arena. I think it's the next step in understanding ourselves as human beings and ridding the world of bigotry.