All-American: Matthew Rhys on the second season of the FX Cold War drama

I’ve been incredibly lucky to do theater, film, and television in a relatively circular career, whereby I’m never getting bored because I’m always doing something different relatively soon. 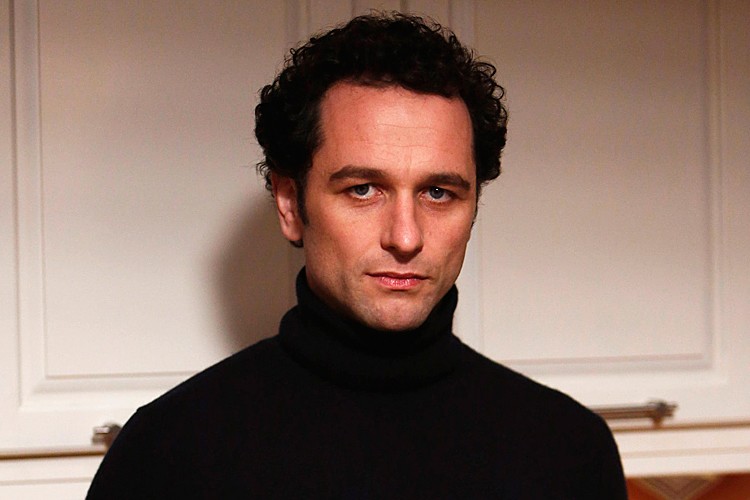 matthew rhys on the americans

Matthew Rhys may best be known to gay audiences for playing Kevin Walker on the ABC series Brothers & Sisters, which was cancelled in 2011. But, these days Rhys returns to TV playing Phillip Jennings alongside Keri Russell in the FX's The Americans. The duo play Cold War Soviet spies posing as all-American man and wife.

ChicagoPride.com's Jerry Nunn talks to the American himself. In this interview, Rhys discusses the second season of his breakout thriller.

JN: (Jerry Nunn) Hi, Matthew. Was the role of Philip In The Americans a hard one for you take in the first place?

MR: (Matthew Rhys) Yes, there were certain elements of it that I was nervous about. I like the fact that FX was bold in their casting. I think the part for Elizabeth was written for Keri Russell, and I love the fact that they really turned that on its head, the sort of female anti-hero. They kind of reversed a lot of the characters, and they didn't go for clichéd casting of a sort of tough, big, seemingly physical Russian person. I'm not the big, macho, butt kicking person, but I think as a cover we work well in that we blend into Americana suburbia, and therefore there's a sort of twist to it. So that element I was nervous about as to sort of being credible in that role with someone who does all those things.

Then the other thing that I continue to find difficult, it's a very strange series in that an incredible amount of it is based on absolute truth; not just the story lines, the setting, what these people did, etc. That being said, you tell the audience this is all true, you can say that until you're blue in the face, but to a degree you're still asking the audience to go on a fantastical journey. It's incredibly heightened reality. It's not just a straight spy thriller or a straight domestic drama; it's a combination of the two.

What I find difficult, and still do and was nervous about, is the balance of the two and making the leaps credible, that in one second you can be assassinating or whatever and the next you're making PB&Js for the kids, and both lives have to be credible and there has to be a credible link between the two that affects the two, and it's that fine balance that made me nervous, and still does.

JN: What have been the challenges in making season two?

MR: Those moments between Martha and Clark, those, to me, I do find a great awareness and a challenge. The thing between Philip and Elizabeth, the more relationship-based moments between them, I find incredibly difficult and challenging, but great to get your teeth into. So the challenge to me in Martha and Clark is that I always think back to Anthony Hopkins in Remains of the Day whereby if you see an actor who's lying, but showing the audience he's lying, often he's showing the other actor in front of him that he's lying, so we all know that you're lying. So you need to trust the script that the script will tell the audience that he's lying, and you don't have to do it in that moment.

JN: Why are there so many non Americans playing American spies?

MR: I'm equal parts baffled and grateful as to why so many Brits, and also Australians, are used in American television. I think we're just cheap and we work...generally. I do ask a number of producers and they don't really have an answer either. I think maybe someone set a trend and others joined, which I'm incredibly thankful and grateful for.

JN: With playing a Russian spy what makes the audience root for him?

MR: A number of things really, and I think you find this sort of characteristic in those men that you do root for, men and women, it's the sort of every man. He does have romantic ideals, and as well as for the sort of a wife to love and to have those things reciprocated. His main priority is his children, their future and their safety.

I think he wants, unashamedly, to sign up for the sort of white picket fence life and have those nice things and live out a nice life. I think those are sort of very real, palpable, and obtainable dreams and aspirations of so many people that we're sort of raised to think that in a way, and Philip has come from an extremity of that, a very harsh place, very difficult place, and there's a real opportunity to live out a real dream. It's in front of him, it's obtainable; he just has to balance it with an incredibly difficult lifestyle.

MR: This season we're glad to say that Margo Martindale does join us back, albeit it in a slightly limited role, but her impact is there none the less.

This season, as opposed to last season where we saw Philip and Elizabeth struggle with each other in the relationship, they're a much stronger front as a unit, and we see them as a family, as a unit in that respect, face a lot more sort of prevailing and present danger that's encroaching on the Jennings household.

JN: You directed several episodes of Brothers & Sisters. Do you have any plans for directing on The Americans?

MR: I had about five minutes of madness when I thought I could possibly so it. But I was incredibly lucky with Brothers & Sisters, in that they would write me for the prep episodes they would write me like for the episodes I was in or that I was directing and then again for the edit, and sadly I don't think it's an option for The Americans, because there just isn't the time. There wouldn't be a week to prep and shoot it. It's too much of a heavy show.

JN: Can you talk about your disguises?

MR: The disguises, I don't envy the unenviable task of the hair and make-up department that sort of feel that with each new disguise they have to be different or bigger or better, because the reality is with the CIA they tended to use two or three sort of disguises and round robin them. You know its television and we're a little more heightened and dramatic, so therefore they do need to kind of have a little bit possibly more dramatic impact. That feeds into what the more general storyline for the Jennings. There is this greater feeling of the danger of is a lot more palatable and a lot more present. I think they take their role of not being recognized and not being caught that much greater now, because the intensity is sort of closer on their doorstep.

JN: Do you have a favorite?

MR: I do. I've named him; he's called Fernando. He has longish hair. We actually saw him in the first episode of the first season when he beat up someone who was being rather lascivious with his daughter at a department store. He has like a mustache and long hair and a little goatee, and he feels very Latin to me.

JN: Do you see a happy ending for Philip and Elizabeth?

MR: I think they can. I think that was laid down by Philip in the first episode the first season where he presented the defection packages basically saying they could go into witness protection, they could work for the U.S. government, they could be put into hiding, make a lot of money, and live out their days. I think there's an element of Philip that still hangs onto that dream, because I think the realization of how sustainable their lives are and how unsafe it's becoming for the children sort of grows day-by-day. So I think that, in the back of his mind, the happy ever after for Philip is louder than ever.

JN: What has made your career rewarding this far?

MR: For me, personally, and I've always said this, it's the balance that I've had in the kinds of projects I've done and the varying mediums that I've played in. I've been incredibly lucky to do theater, film, and television in a relatively circular career, whereby I'm never getting bored because I'm always doing something different relatively soon. So it's the variation that, to me, is the real luxury in a profession like this.

The Americans keeps it undercover Wednesdays on FX.