“One” of a kind: an interview with Chicago-based lesbian novelist Carol Anshaw

My writing teacher says that the best place to write out of is obscurity. 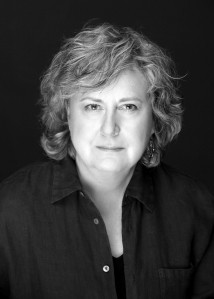 "Carry The One" (Simon and Schuster, 2012) by novelist and painter Carol Anshaw is one of the most favorably reviewed novels of 2012, and rightfully so. In the novel, Anshaw's fourth, a group of friends, including siblings Carmen, Alice and Nick, are involved in an accident resulting in the death of a young girl named Casey. Casey is the one that the survivors of the accident carry with them for the rest of their lives, each of them finding a way (Alice paints portraits of Casey, for example) to come to terms with the tragedy. Anshaw wisely balances the sorrow with generous doses of humor, which is only one of the reasons that "Carry The One" is such a triumph. I spoke with Carol about the book in Chicago at the Starbucks in Uptown.

GS: (Gregg Shapiro) "Carry The One" has received some exceptional press. Would you say that you were prepared for the reception that the book has gotten?

CA: (Carol Anshaw) No, of course! I'm a total worry-wart. So I imagined horrible, savage [laughs] reviews. But they haven't been. On the other hand, it's a book I took a very long time writing and I put a ton into it and I revised it and revised it. I compressed it from 350 to 250 pages, so I feel really gratified, is mostly what I feel. I felt stunned at first. I get so many emails every day from readers who, in one way or another, so appreciate the book in the ways that I wanted people to get it. That's an author's dream. Forget the cocktail party or the Amazon ranking. It's feeing, like Forster said, "Only connect."

GS: I'm glad that you mentioned the compression, because I want to ask you about the length of your books, which tend to be in the 250 page and under range...

GS: So that's not something of which you are conscious?

CA: [Big laugh] No! What I am conscious of is not wanting to impose on the reader. And this is just the way I write. Because there are writers that I love, such as Murikami...I just finished reading "1Q84," it was fabulous. He writes in a very deliberate way. If somebody is making lunch, you see that person dice every scallion, which I would never have the nerve to do. But he creates a patience in me for his work and it's a different kind of reading. But it's the opposite of me. So I think that's why the books end up shorter.

GS: Dogs play a supporting role in "Carry The One," as they did in "Lucky In The Corner." What can you tell me about the role dogs play in your life?

CA: It's huge. I enjoy the company of dogs, I guess I would say. I go to the dog beach every day with (my dog) Tom. For him, mostly, but maybe a quarter of it is for me to play with other dogs, to have them come up to me. I'm honored if a Great Dane comes up to me and stands next to me and allows me to pet him or her [laughs]. Dogs are great. They're just too wonderful. And once you know them, you get a little glimpse of their world. There are still fundamental differences. I never want to crawl under an old house, for instance. I can't see the appeal, but I never had a dog who didn't want to do that [laughs].

GS: In the chapter "The Limited Palette," you refer to Holly Near, among other, as "terrible music." What do you think Holly Near would think of being considered "terrible"?

CA: Well, it's in the consciousness of a character. That's Alice's list. I think I was trying to be historical about the kinds of concerts somebody would have dragged her to during different eras.

GS: So, is it you or Alice that thinks the Carpenters are terrible?

CA: [Laughs] I have an ex who loved the Carpenters [laughs]. She played them endlessly. They just tap into history. No offense to Holly Near. Although some of those songs were pretty anthems, but hey, that's where we were at [laughs].

GS: Speaking of musicians, Rufus Wainwright gets a couple of favorable mentions. Is he someone that you also enjoy?

CA: Oh, yeah. Usually, I like his covers. I like his "Hallelujah" cover almost as much as Jeff Buckley's.

GS: Also in "The Limited Palette" chapter you write, "Painting was a world without clocks." Would you say that that is true of writing too?

CA: No. No, when I'm painting, I could lose four or five hours. I know that I'm thirsty or I have to pee or whatever it is that brings me back, gets me out of that chair to go down the hall. That never happens to me with writing. There're a lot of differences between the ways that you use your brain. I can tell because I play rock music while I'm painting, but I could never do that while I'm writing. I'm using my brain in different ways. I think I'm writing in a more conscious way than I am painting. Because if you ask me what am I thinking while I'm painting, I would have a hard time calling that up.

GS: Do you think that the paintings paint themselves more than the writing writes itself?

CA: No, because I'm giving myself bigger challenges in painting now. For me, I think part of it is that nobody cares if I make crappy paintings. I'm painting this show. You're going to ask me, "Where is your show, Carol?" It's in my mind [laughs]. I do have a very good teacher who was the head of the painting and drawing department down at the University of Illinois in Champaign. She's retired now and she comes by and gives me crits. Now I'm painting a five foot tall canvas for "the show" [laughs] because you have to have one big one. I teach at the (School of the) Art Institute, so I'm thinking maybe somebody will have a broom closet or something where I can put this up [laughs].

GS: But there are all those great galleries in (the Chicago neighborhood) Andersonville, for example.

CA: Yeah, but see, they want to make money because they have high rents. They don't want a show of linked paintings, I don't think.

CA: Yeah, maybe. Maybe by that time. My writing teacher says that the best place to write out of is obscurity. That's how I think of my students. They can try anything right now. It's not going to count on their permanent records. Nobody's ever going to see it, probably. That's the way I am with my painting. Once you get a ways into something, then there are expectations put on you.

GS: How much time would you estimate that you spend painting?

GS: In the chapter "Enough Monkeys," you write about Alice's girlfriend Maude that she "had no idea how much Alice worked." As a writer, as well as a painter, do you ever find yourself in a similar situation?

CA: Luckily a lot of my friends are artists of one kind or another, and they know. While I was a struggling artist, which has been most of my life, I had to work seven days a week. I had to do something to pay for my fiction which wasn't making enough money to support me, if any money at all. I just had to work all the time. I had to work to buy myself time to work.

GS: The relationship of the siblings - Carmen, Alice and Nick – are at the center of the novel. Do you have siblings, and if so, how does your relationship with them compare to the one shared by the ones in "Carry The One"?

CA: I've always longed for a sister. I don't have one. My brother's addictions are Nick's and he also did not make it.

GS: So you made a very personal investment in this book.

CA: I had wanted to write a character with (my brother) Doug's addictions, and I asked him while he was still alive and said, "Yeah, get the stories out there." I created a different person, but with his addictions. You see a lot about addicts in literature, but not so much about the families and how far down that pulls everybody; the centrifuge spinning around this craziness, entering a world that you have no understanding of.

GS: Nick is portrayed as something of a hopeless case when it comes to addiction and recovery. Do you think Nick, and by extension, Doug, is an exception to the rule or do you think it is possible for an addict to overcome addictions?

CA: After he died, a friend of mine who is big in AA told me that [laughs] she didn't want to tell me when I would tell her stories about Doug, but he was the worst she'd ever heard of. His stories to me...he told me that there were people worse than him. There was a guy who lost his stomach to whiskey and he had a feeding tube and they came into the hospital room and he was pouring a fifth of bourbon down the feeding tube. It can get worse than my brother, but he was pretty ferocious. He wasn't just an alcoholic, he was an addict, too. A barrel of fun there. But I wish he was still alive every day.

GS: How long has he been gone?

GS: The intimate relationships in "Carry The One" don't seem to last. Is that a reflection of the lasting impact of the traumatic event, the death of Casey, that the characters shared, or do you think that their relationships were doomed regardless?

CA: I think it's more an authorial convenience. To have the changes in their relationships be signals of how they're changing as people. I needed some shifting around.

GS: In terms of relationships, do you consider yourself to be a cynic or a hopeless romantic?

GS: A stage version of "Seven Moves" was produced by the About Face theater company. If there was a movie version of "Carry The One," what would you want it to look like?

CA: I have a friend who's been casting all along. I get little messages on my voice mail [laughs]. I think it would be fun for the actors to age themselves, but there might have to be two sets of actors. I thought of Keira Knightley and Ally Sheedy for Alice, that kind of thing. But look at Meryl Streep, she just loves to put on a wig.