DJ Brett Henrichsen: ...I try to take people on a journey with music when I DJ.

...I try to take people on a journey with music when I DJ. 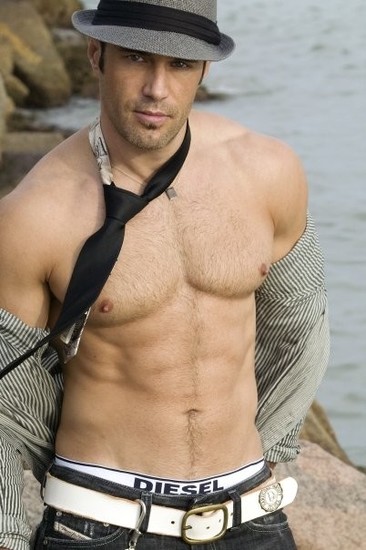 A one-time marketing specialist for IBM with a childhood passion for music has evolved Brett Henrichsen into today's most tenacious international turntable-rs. Often marketing himself in Adam-like photo shoots, trading vinyl records for fig leafs, Henrichsen is arguably the Circuit industry's most prominent symbol of body and beats. Yet sex appeal withstanding, this disc jockey is seemingly not without substance—founding/managing his own record company and recording label, Masterbeat, while also traveling the world for both business and pleasure.

And in regards to Henrichsen's business-pleasure travels, the aural Adonis hits up the Windy City, Friday June 24, 2011, for the first of four REVOLUTIONs [sic], a series of summer Pride dance events produced by Circuit MOM Productions at the Chicago House of Blues. The first of which he discusses in the following exchange regarding his past, present and future plans of self-evolution in an ever-changing industry:

JPF: I understand you just got back from Tel Aviv? Was it business or pleasure; what was that trip like?

BH: For the first time in a long time, this trip was purely pleasure!

I had wanted to visit Tel Aviv for quite some time and this was the year. It was amazing. A great country and a great Pride that is obviously growing. Their parade ended in a party right on the Mediterranean beach on the sand, where thousands poured onto the beach and danced all afternoon. There was virtually no police presence, no security, no ID checks, and alcohol flowing on the beach to everyone. Nothing like this could ever happen in the USA without massive problems, and they say we are the ones that have [it] under control?

JPF: Can you share a little bit about your role at Masterbeat? How's the company been progressing over the last few years?

BH: I founded Masterbeat as a place for people to find music that they couldn't find anywhere else. It's evolved over the years from a CD series and record label to an event company and online music store. Sadly, we've recently had to close the online record store as we could no longer compete with online blogs and podcasts and a generation that believes music is free. But Masterbeat isn't done, our events will grow even bigger and I'll find new ways to bring music to people.

JPF: Can you share a little about the "passion for music" of which your bio speaks? What does music mean to you and how does that effect your profession?

BH: Music has been a passion of mine since I was a kid. I remember making mixtapes in junior high school for my girlfriend with songs that had words saying things I wanted to say to her. Masterbeat CD's were the same way – each CD only had songs that I liked and that had a message. I feel music is a journey, has a story to tell, and I try to take people on a journey with music when I DJ.

JPF: How's the summer tour working out for you so far? Are you looking forward to your Chicago stop?

BH: I can't wait to be back to Chicago, it's one of my favorite cities and it's been way too long.

JPF: Can you give readers a little hint about what you're planning for the REVOLUTION at the House of Blues, June 24?

[Interviewer's note: Henrichsen dropped an "LOL" and a wink in his last response, so I'm sure he was joking. It's probably safe to say there will not be any Babs spinning at REVOLUTION ~JPF]