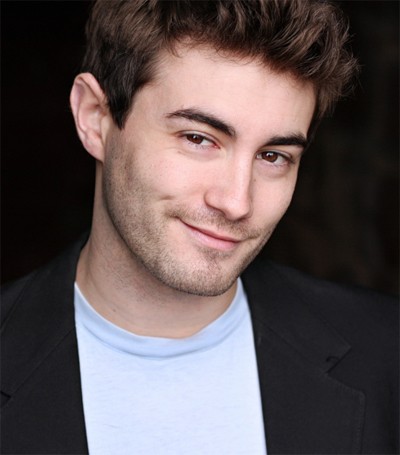 Beau Forbes plays the closeted Brandon in the critically-acclaimed production of F**cking Men, which has twice been extended, will play its final performance on Sunday, Aug. 29.

His impressive performance leaves the audience with a glimpse into what it must be like for someone to be locked in the closet.

Here is my continuing series of interviews with the talented and sexy cast.

BP: Your character is one that we can relate to as we see celebrities on TV all the time and wonder. Did you model yourself off of any famous actor?

BF: Well, when I was initially cast in the role, I took my inspiration from Robert Pattinson. I thought the intent behind casting me was because I (whenever a Twilight movie comes out I always hear this from older women in bars) have that kind of a look. I even found myself saying the lines in an English accent when I was rehearsing the role at home.

When we started rehearsal however, it became clear that Joe DiPietro had based it off Tom Cruise. The super excited, pumped, running ninety miles an hour hitting things ("It's f*ck man!... F*ck!") because he's so enthused all the time personality. So the accent and detached, vapid English personality went away as I rehearsed and the complete enthusiasm about everything personality came in instead.

BP: You give the audience the full Monty in this production. Was that difficult to agree to?

BF: No. I did it the first day. My scene partner, Ryan Lanning, actually laughed - I hope from nervousness - when I first did it. They never asked it of me before I asked to be allowed to do it myself during that first rehearsal. Reading and working on the script at home in preparation for the part; I realized that nudity was the only route to really go that felt authentic. Yes, I could have simply dropped my pants and had on underwear, or dropped my pants and underwear and not turned around. But those options wouldn't have had the shock impact that the full frontal nudity did. Further, if I were going to have sex in a closet, I wouldn't be worried about being modest. So that desire for truth overrode any personal fear or concerns about modesty. Also, I am not ashamed of my body. I've put in my time at the gym.

BP: What is it about the character of Brandon do you relate to?

BF: His ruthless ambition to conquer the world. His drive! He didn't get to where he was by not going full throttle all the time.

It's a trait I hope to emulate. And I also relate to his greed, frankly. When he wants something he wants it and pursues it full force, immediately, with everything he has. I definitely relate to that desire and passion but hope to use it for positive effect in my own life, instead of in the extremely negative way it all ends up for Brandon.

BF: I actually haven't lined anything up for the fall yet. I've kept myself continuously busy since moving to Chicago two years and ago and so I'm just going to let things ride for a little while. I'm hoping a really good role comes along but in the meantime thinking about taking a class or two.

I'd also like to do a few commercials and maybe a film, if I can. A theatre commitment generally prohibits such a thing as that however, so that desire for a more open schedule is also driving my time away from the stage. I have no doubt though, that I'll get bored and restless and soon enough be pounding the boards once again.