When I wrote about them, I was just trying to tell the stories of their lives at that moment. I hope they are happy wherever they are. 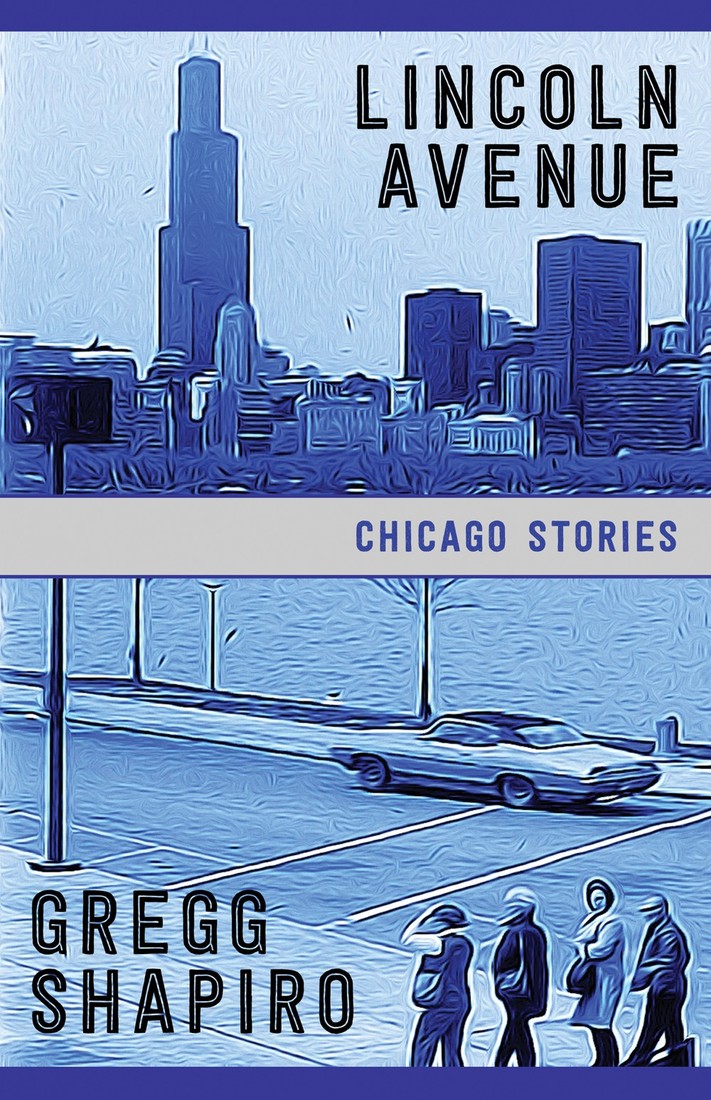 Lincoln Avenue, that great throbbing artery carrying traffic from the northern suburbs into the heart of Chicago and vice versa, is the title of Gregg Shapiro's latest book of short stories. This vehicular vein was, back in the day, an underground railroad along which gay men escaped from the stifling restrictions of family and suburbia, to seek out the anonymity of gay life in the big city. Shapiro's stories are about young gay men growing up in 1970s and 1980s Chicago and how they found their place in the gay world of discos and phone sex lines. I recently spoke to Shapiro who now lives in Florida.

SSdlC: (St. Sukie de la Croix) These stories were written over a period of several years, some like "Lincoln Avenue" and "Swimming Lessons" were published in Christopher Street, a literary magazine of some repute from the mid 1970s to the mid 1990s, for those young readers who may not be aware of it. How did you get those first stories published?

GS: (Gregg Shapiro) At the time that these stories were published in Christopher Street, I had already been fortunate enough to have a poem or two published in the magazine. To me, Christopher Street was like a gay version of The New Yorker, and I was so honored and grateful to have my work published in that magazine. I think, at some point, after having poems published in an assortment of lit mags, ranging from those based at universities to those located in some editor's mom's wood-paneled basement, I figured, why shouldn't I try sending something to Christopher Street? As it turns out, that paid off well.

SSdlC: You've obviously developed as a writer over the years. When you compiled this collection how much did you have to tinker with those earlier stories?

SSdlC: The stories are about young gay men growing up in 1970s and 1980s Chicago, and are punctuated by songs that set these tales in time, like "It's a Shame" by Evelyn King in "Dirty 30 and Two Dozen." Given that homosexuality rarely appeared in music before the 1970s (See David Bowie, Lou Reed and the New York Dolls), how important do you think music was to those "coming out" in those two decades?

GS: First of all, music is very important to me, personally. I'm not a musician, but my life is saturated with the music of other people. It began when I was a child, obsessed with playing records on my parents' hi-fi and continues today.

That said, it wasn't until I started going to gay discos in Chicago as an underage gay teen, and listening and dancing to both the coded and blatant gay songs that were being spun by the DJs (back when DJs were DJs – now get off of my lawn!). It was exhilarating and liberating, not only to be dancing on a tightly packed dance-floor, at Alfie's or the Bistro or Center Stage or Blinkers or the Broadway Limited, with men's bodies (those I knew and those I didn't) pressing up against mine, but to be dancing to songs by the Village People or Sylvester – openly gay performers. How important was that? I'd say very important.

SSdlC: The characters in the "Lincoln Avenue" stories are all young gay men going through a transition from puberty into adulthood: growing up, leaving home, and finding their place in the world. Reading it I found myself asking "Where are they now?" Did you ever wonder what happened to these young gay men setting out on life's adventures?

GS: That's a great question. Part of me thinks the Pet Shop Boys summed it up best when they sang, "All the people I was kissing/Some are here and some are missing," in their song "Being Boring." Because of the time-frame of these stories, it would be safe to say that some of these men survived and others didn't. When I wrote about them, I was just trying to tell the stories of their lives at that moment. I hope they are happy wherever they are.

SSdlC: One theme that runs through these stories is young gay hatchlings fleeing the nest, while maintaining family ties. This is my favorite aspect of the book. Some of the hatchlings are not quite flown and still clinging to their mother's apron strings while their dick and balls are pointing to the world outside. Do you think the "gay issue" is ever resolved between mother and son?

GS: Whenever I argue with my mother, who is a prominent figure in my poetry and whose personality traits can be found in some of the mothers in the stories in Lincoln Avenue, she threatens to stop speaking to me so I won't have any material. However, I'm pretty sure that I have enough of a backlog that not speaking to her for a few days, weeks or even months would have little impact on my output.

To be fair, my mother has "come around," shall we say, and really stepped up as the mother of a gay son. She treats Rick with the same love and respect she gives to her other son-in-law and daughter-in-law. She even rode with us on the Chicago Gay and Lesbian Hall of Fame float in at least one Pride parade. I am, of course, speaking from my own experience.

SSdlC: "Like Family," my favorite story in this collection, presents a bleak picture of family life, one that many people suffer both gay and straight. I remember reading an article years ago about how young gay men who are shunned by their families find a new mother and father in the gay community, usually older gay men, and sisters, brothers, aunts and uncles are replaced by gay friends. Do you think that's true?

GS: I think that used to be true, but is less true now. Now there are so many good and healthy alternatives, organizations and support systems, for LGBT kids who are shunned by their families. But in terms of a family, LGBT folks basically invented the "chosen family" concept in times of need, replacing hostile biological family members, with kind, loving, supportive and generous ones. It is yet another innovation of the LGBT community that has been taken up by others. Plus, a greater number of parents tend to be more accepting in this day and age.

SSdlC: There's a lot of laughter, sex and sadness in "Lincoln Avenue," and it's a book that could only have been written by a Chicagoan. Anyone coming out in Chicago in the 1970s and 1980s will recognize themselves in this book of stories. Do you agree?

GS: I certainly hope so. Even more than that, I hope that anyone coming out at that time (or any time) in the suburbs and discovering the thrills that the city – virtually any city -- has to offer will find something familiar. Even straight people who flew the suburban coop should be able to find something to which they can relate. I look forward to hearing from people about their own experiences – different or similar – after they've read the book.

SSdlC: I know that you recently moved from Chicago to Fort Lauderdale and I'm wondering if this collection was prompted by that move. The stories are a fond look back at a city where the author spent much of his life as a gay man. Is this your "Goodbye Chicago" book?

GS: This is another great question. Honestly, I never thought of it like that. When I moved away from Chicago in 1980 to go to college, I vowed never to return. I didn't really like the city that much, especially not the winter weather. The size of the metropolitan area was also overwhelming. Moving to Boston to go to college at Emerson was a great experience in many ways. First of all, it was the first city in which I lived as an out gay man (I hadn't come out to my parents yet when I left Chicago), and that was significant. Boston is also a much smaller city and easier to navigate (I didn't have a car). Regardless, I did end up returning to Chicago, begrudgingly, with an ex-boyfriend in 1989, and spent the next 20 or so years plotting my escape, which finally occurred in early December 2013 (just in time to miss the Polar Vortex), when Rick and I relocated to Fort Lauderdale.

I think I may have gotten off topic here…to answer the question, no, Lincoln Avenue is not my "Goodbye Chicago" book. In spite of not caring much for the city, it has served me well, with this collection of short stories as a prime example. I have several more short stories, also set in Chicago, that I would like to compile into another collection. It's not "goodbye," so much as it is "see ya around."

Gregg Shapiro will be reading and signing copies of his book at Women and Children First Bookstore, 5233 N Clark St., on October 5 at 4:40 p.m.