Drag is for everybody! 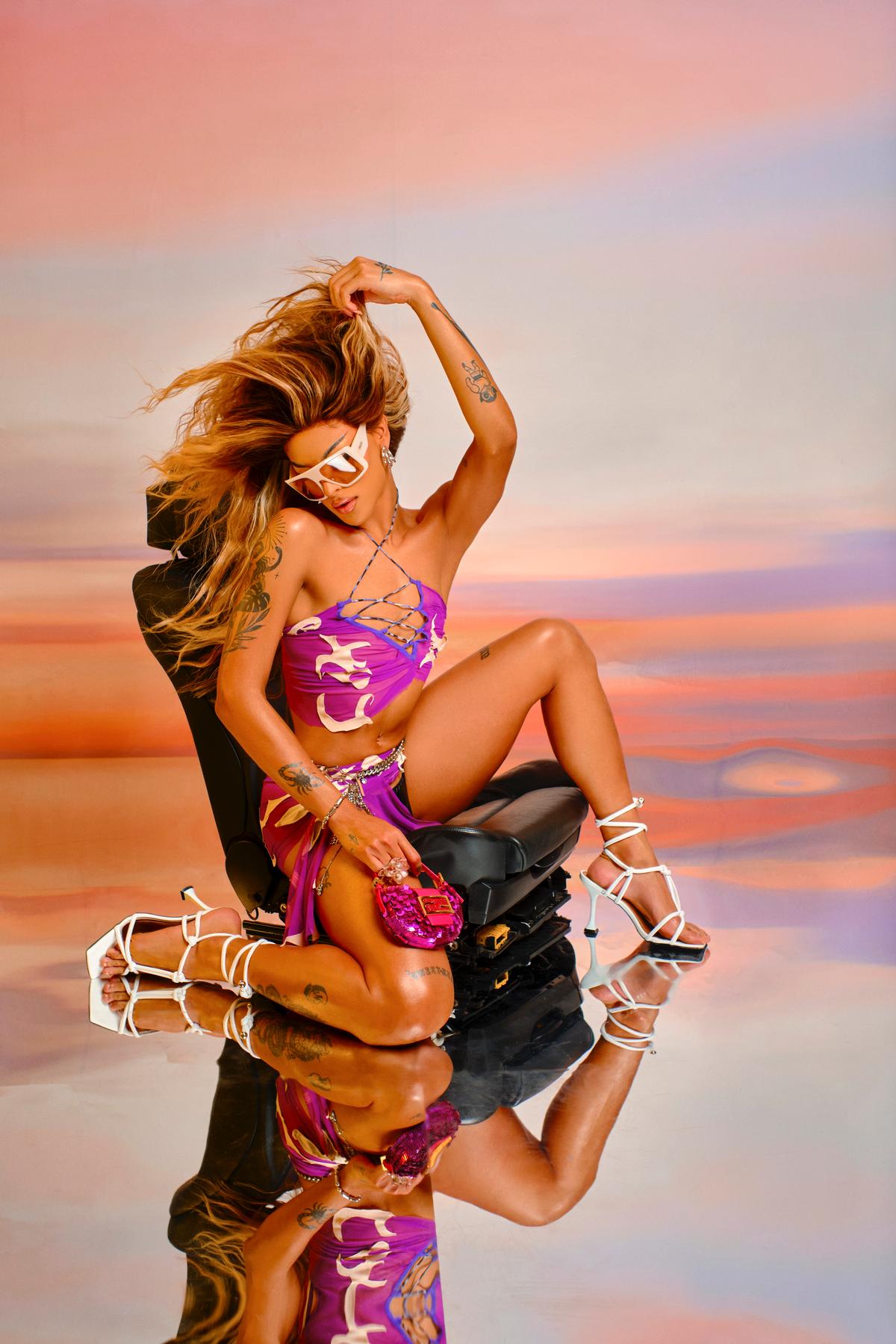 Brazilian drag queen Pabllo Vittar started singing and writing songs at a young age. Born in Sao Luis, Phabullo is a twin who grew up in the interior of Maranhao. He attended ballet classes and suffered bullying while in school.

Rising like a phoenix, Vittar began songwriting and singing in church. He came out as gay at age 15 and was inspired by RuPaul Charles to start performing in drag. In drag, Vittar uses she/her pronouns and used the stage name Pabllo Knowles to reference Beyonce for a short time.

The talented singer just performed at Lollapalooza Brasil Argentina, Chile in March of this year and has released a new single called “Follow Me” via SonyBrazil/Dirty.

Vittar talked backstage before her Tour with Pabllo concert event at Metro.

JN: (Jerry Nunn) How was performing at Chicago’s Pride Fest in the past?

PV: (Pabllo Vittar) It was such a good time to celebrate the community and meet people. I got to meet fans and loved it!

JN: Are you planning on performing at any Pride festivals this summer?

JN: You have a dance background. Did you study gymnastics while you were taking ballet classes?

PV: A little bit. I needed to stop dance classes because I almost lost my toe from the work. My mother wouldn’t allow it anymore. That is why I had to stop ballet classes.

JN: Your drag last name used to be Knowles. Are you a big Beyonce fan?

PV: I am a huge Beyonce fan. I have performed several of her songs over the years.

JN: Who is your favorite singer currently?

PV: At this time I am into Blackpink. I also like Rosalia and would love to work with her someday.

JN: You worked with Thalia in the past for your track “Timida” correct?

PV: Yes. It was an amazing opportunity. I love Thalia and everything she represents.

JN: She is very supportive of the LGBT community.

PV: Always. I noticed that even when I was a child.

JN: Have you ever auditioned for RuPaul’s Drag Race?

PV: No, never. The show hasn’t accepted Brazilians to participate yet. It has mainly been Americans.

As a young person, I didn’t dream of being on the show. I was more of a fan.

Now that I am grown, I would love to be a special guest.

JN: Speaking of being a special guest, how was being on Germany’s Top Model as a guest?

PV: I loved being around the hostess Heidi Klum. She is beautiful and her energy is great.

JN: How did it feel to be the first drag queen to be nominated for a Grammy Award?

PV: It was a blessing to me. So many people have opened the doors for me and I am here to represent the drag queens that came before me.

JN: How has the LGBT community changed in Brazil?

PV: Now we have more voices and more power. We need to keep marching. The fight is not over!

JN: What would you say to your younger self now?

PV: But, I am still young! [laughs] I am joking. I would tell my younger self to keep going, to study English and learn more makeup skills.

JN: Well, you have certainly done that! Rina Sawayama is coming to Chicago in concert on April 30. How was working with her on “Follow Me?”

PV: Rina is an amazing artist and I am a huge fan of hers. I was honored to work with her. That song makes me feel alive and confident. I felt like Linda Evangelista strutting around for the video.

JN: What are your thoughts on being back in Chicago?

PV: I love it, but it is so cold. I am frozen! It was warm last time. I love being in this city again!

JN: Are you going out to the gay bars?

PV: I arrive yesterday and didn’t sleep too much. Maybe after the show, I can go out to meet some guys.

PV: Please, that would be great.

JN: What are your future plans for the rest of the year?

PV: I am touring until the end of this month. I will be doing some concerts in Europe at the beginning of next month, then I am back to Brazil to rest a little bit with my family.

PV: The fans are very affectionate there. Everyone wants to touch me and embrace me. It is no different than my Brazilian fans and the rest of the world. Everybody was so cute and I love that vibe!

JN: Do you have any advice for someone just starting out in drag?

PV: Never listen to haters. Everyone should be free to do whatever they want and be whoever they want to be. Drag is for everybody!