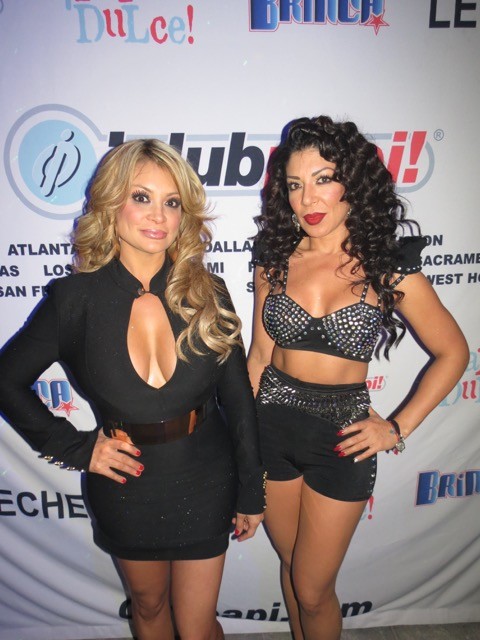 Los Horoscopos de Durango may not be a household name in some places but check with a Mexican family and discover their following. They are one the longest recording groups in the Regional Mexican genre. The group was started in Chicago back in 1975 and Vicky and Marisol Terrazas lead the band.

They have won multiple Billboard Music Awards, a Latin Grammy, and a Lo Nuestro Award. They have made tons of music over the years and recently brought their act to gay fans at Circuit Nightclub.

Pride talked to them before their set during a Club Papi presentation.

JN: (Jerry Nunn) Where are you both originally from?

Marisol Terrazas: We are Hispanic, our parents are Mexican. It is the northern part called Durango. We were born here right there by Midway Airport. All our lives we have lived here and we love Chicago. Chi-town!

VT: We always wanted to do music but our dad made us go to college so we both did. Our last year we had a big boom in our careers so we had to stop.

MT: The reason we always wanted to do music is because our band Horoscopos de Durango was started by our father in 1975. This was before we were born. When we were born we grew up hearing them practice. We were musically inclined since a young age. My sister became the official keyboard player of the band since she was nine years old. Little by little I became a member of the band.

JN: Did you watch the Selena movie and think about living some of that life?

MT: We watched it a long time ago when we were in grade school! It was kind of like that since her dad started Los Dinos and was able to have his kids practice music the way my dad did also.

VT: I didn’t like practicing. My dad had a piano teacher that would teach me every Wednesday. I really hated it. That did remind me of the Selena movie when her dad would force her to go.

JN: Where does your sense of fashion come from?

MT: I don’t know. It is whatever we feel like. If we feel comfortable in it and sexy then we will do it.

JN: Where have you toured?

MT: We have been to Mexico, Central America, and here in the States.

JN: What is the gay connection to your group?

VT: I have always had gay friends. I just got married in June and half of my groomsmen were gay. I loved it. It is awesome to have gay friends because they tell you the truth. One of my best friends does my hair and he tells me how to wear it.

JN: I wish I had gone to that wedding. I bet it was fun.

MT: It was a blast. The wedding was in the suburbs here.

JN: Are you based out of Chicago?

VT: I live in Lemont and Los Angeles so I am at both.

MT: I am in Orland Park.

JN: What are the challenges of crossing over and singing in English?

MT: Yeah, that kind of music. Not too long ago we recorded “Girls Just Wanna Have Fun” in English and Spanish.

VT: Right now we are promoting our 17th CD. This is our fourth album with banda, or big band. We have a lot of love for this one. It is our special one. It is called Vivir En Pecado. We want to go back to Mexico and promote it because we haven’t been there for a while.

JN: I hope it is a big success for you.