I can’t believe that it is 2021 and we are still having to push the needle in the right direction. 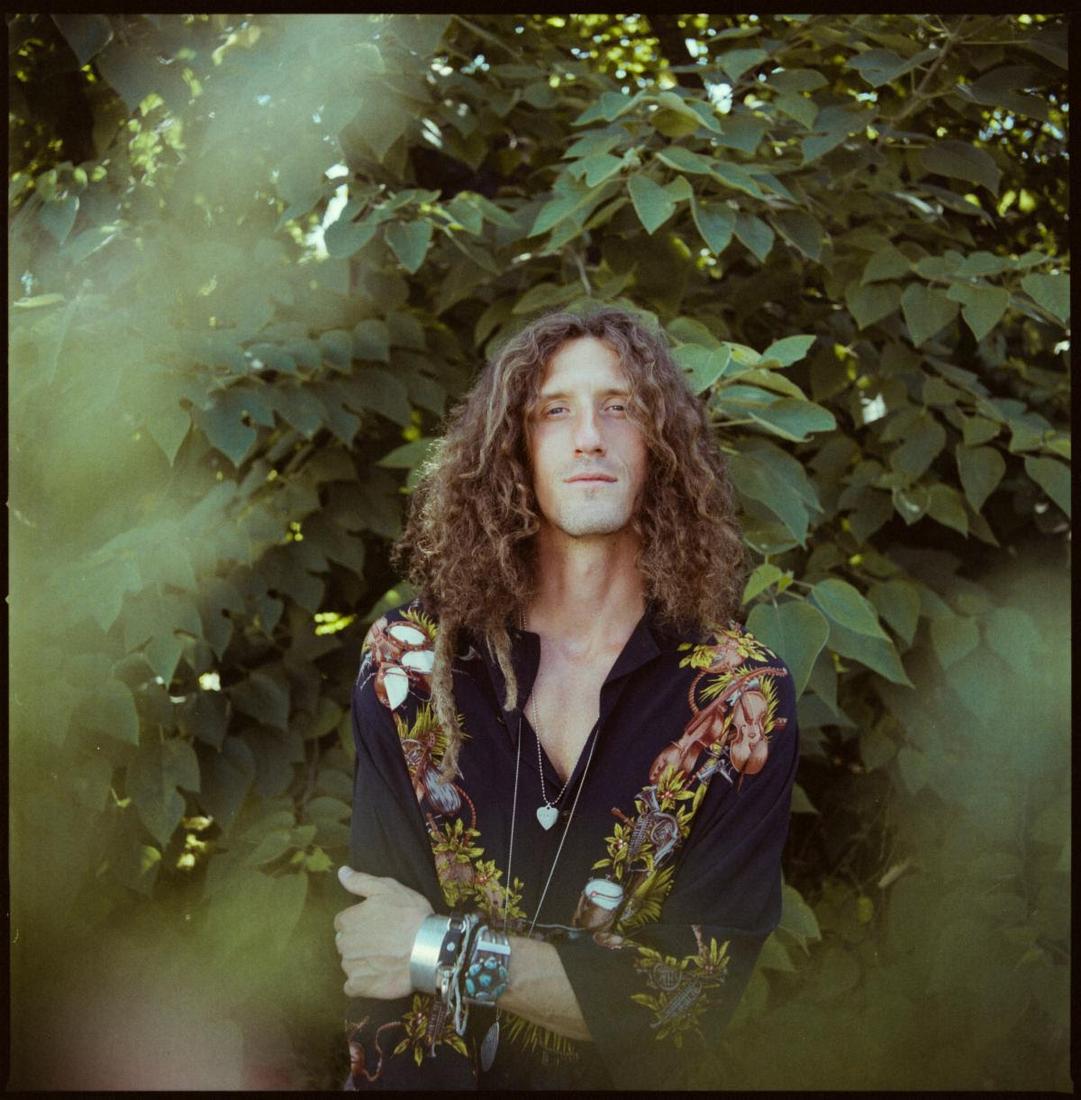 Singer David Shaw is from Louisiana and part of the eight-person rock band The Revivalists. Listeners know the group from their four albums and the hit single “Wish I Knew You.”

As a solo artist, Shaw released a self-titled album in 2021 and just played live on December 8 at Lincoln Hall. He zoomed in while on tour to discuss life out on the road.

JN: (Jerry Nunn) Where in the world are you right now?

DS: (David Shaw) We are in Cleveland, Ohio.

JN: I saw the show last night in Chicago. How do you feel it went?

DS: I had a blast last night! Playing these smaller rooms is taking me back to the early days of my career. It is reminding me of why I love this so much. It is being close to the people and seeing the smiles on their faces and singing lyrics with them, even seeing their sweat beads!

It is hard to get that when you play to 6,000 people. I am having a lot of fun playing these smaller clubs. The energy last night was amazing with the Chicago crowd being tough to beat.

JN: The crowd was talking directly to you throughout the night. Does that bother you?

DS: There was one song where our guitar player asked some of the people in the front to tone it down because it was during a quiet song. That can be a little annoying, but I try to keep the mood light obviously.

I am not like a Nina Simone, calling the fans out, even though I respect that. If anyone can do that then it’s her!

Most of the time my fans are amazing and are hanging on every word. They are listening and want to sing. Shouting out doesn’t happen that much.

JN: Who came up with the idea of having disco balls on your stage?

DS: That was my idea. Usually, we keep them on the ground behind the drum set. We will cast some of the light down on them to make a little haze. It creates a vibrant light. It is a different effect than a traditional disco ball.

Last night we used it in a different way because there wasn’t much room behind the drums. I thought it was a cool way to utilize it. The trick is to have the light coming from the stage and cast it upwards.

JN: It worked well for your song “Shiver.”

JN: The Revivalists are still going strong, so what inspired you to go solo?

DS: I knew I would do a solo project at some point. No time is ever the right time. The band was in a good spot and we needed to take a chill pill. We had been on the road for 12 years without any substantial break at all. That is a long run!

People are having kids these days. Our guitar player Zack Feinberg just had twins. People need to take time off. We are going to make a record soon, so it just seemed like the right time and a natural progression.

To keep my artistry fresh I needed to get away from it to come back. I had just found a renewed appreciation for it. I had to ruffle some feathers and get some new energy. After doing these shows and playing a few months with the band, a flip has been switched. I had to focus on self-care and the things I need for my heart and mind. This is one of them.

JN: You mentioned in the past that some of your songs work better solo than a traditional Revivalists track. Explain that a bit more.

DS: Yes, some of these songs could be Revivalist songs, but some just didn’t feel right for it. In The Revivalist we don’t worry about the genre of the song. We let the song guide the way. If it wants to be a country song then cool or if I am rapping on the same album, so be it. I have always been all over the map.

There is a little bit of that going on with this album as well. It is a part of who I am as an artist and a songwriter.

JN: I grew up in Nashville, so your live show reminded me of those honky tonk bars there.

DS: I wrote a lot of the album with my good buddy Chris Gelbuda, who is a Nashville writer.

JN: Your track “The Place” is about mental health. Can you talk about that more?

DS: Music has a really interesting ability to completely change someone’s mood. When I hear a sad song and relate to it, I feel down. I wanted this album to have an uplifting vibe. I wanted to put on the song and make people feel good. I knew I had to play these songs night after night. If I am out there playing a bunch of songs that are sad then I am not going to be feeling very good.

I needed this album to be a medicine. I knew this feeling would resonate with my fans and beyond. It all blossoms from there.

JN: There was no awareness when I was growing up about mental health. We just dealt with things…

DS: People just white-knuckled it at the time. There are a lot of ways to get ahead of it these days.

JN: You started releasing holiday songs. Are these your favorites?

DS: I just put out “Blue Christmas” and we want to play it live. We didn’t get it together for last night’s show, but hopefully one of these upcoming sound checks we will have more time to rehearse it.

I love this version so much. Even the “bah humbug” people that usually hate Christmas songs like “Blue Christmas!”

JN: You have helped with several important causes over the years. What are your thoughts on gay rights?

DS: I think they should have all of them. I can’t believe that it is 2021 and we are still having to push the needle in the right direction. Love is love.

JN: I saw Lil Nas X in concert the night before your show and I thought about how far he continues to push the needle.

DS: He definitely pushes it and more power to him. Keep going! I think he pissed off a lot of Christians with this last album. He is doing something right. In history, the people who did that stood the test of time and changed things.

JN: There was a lot of Myspace talk at your show last night. Is it coming back?

DS: I used to do a lot of drugs back in the day. I am happy to say that I am alcohol and cocaine-free for about 13 years now. I don’t remember too much of the time period where I had a Myspace page, but apparently, I still have a Myspace page. I guess there is one on there that I don’t remember uploading to it that I played last night. It is such an old version that I don’t even know what it sounds like.

To answer your question, I don’t think Myspace is coming back! [laughs]

JN: I got your Slim Goodbody reference last night.

DS: You might have been the only one in the audience that did!

JN: I saw a variety of merchandise at the booth. Do you have a favorite item?

DS: My favorite is the crew sweatshirt. It is a very soft and nice material. I love the artist that did it.

JN: You are coming back with The Revivalists on April 8, 2022. Will there be new music on that tour?

DS: It is possible. We are going to record in January, February and March so we might have a new song or two for everyone. I can’t promise anything, but possibly…

JN: So last night was a rare opportunity to see you in a small venue. The Byline Bank Aragon Ballroom is back to the big time.

JN: Do you ever grow tired of touring?

DS: I have had to reevaluate how I work. It was starting to take a toll big time on my physical and mental health.

Now I have a pretty good program. We don’t do too many shows in a row and have some time off. We are in tour busses and semis, so things are more comfortable and livable these days for sure.

They will put you out there too much with touring. Management will run you up and down the coasts. They will have us zigzagging across the country! [laughs]

Subscribe to TheRevivlists.com for tour updates and visit LiveNation.com for tickets to the upcoming concert next year.