Music is quite a spiritual thing to me ... 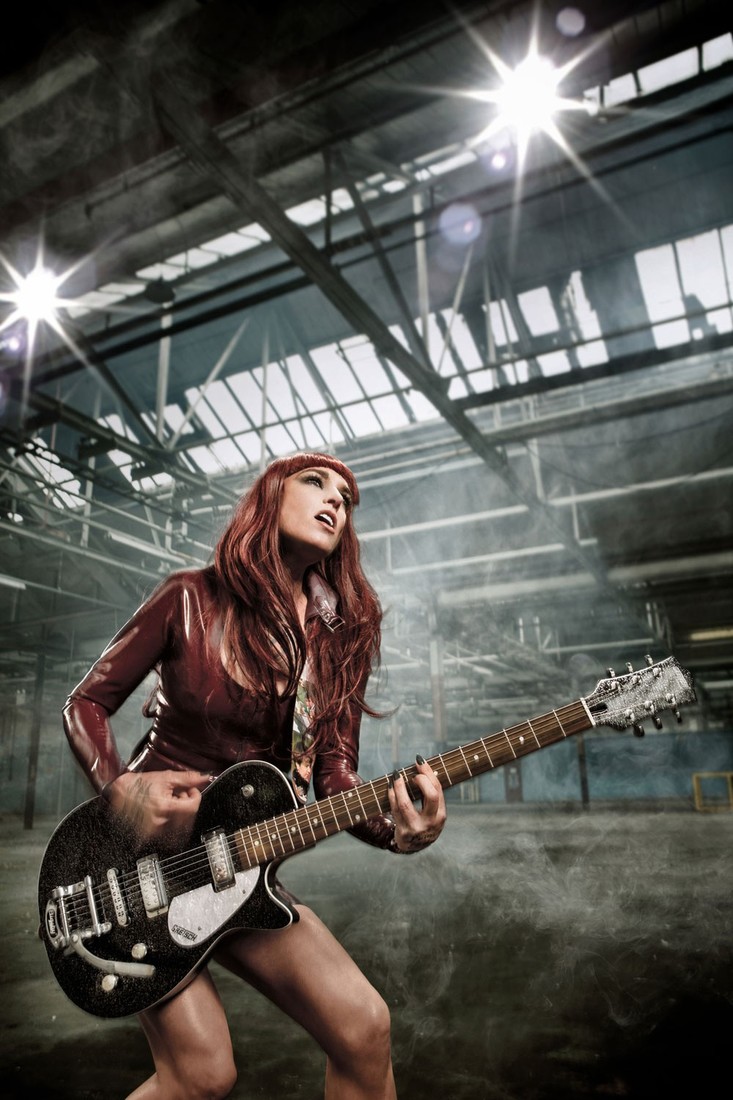 In the nearly 30 years since the release of Sinead O'Connor's domestic debut The Lion and The Cobra, the brilliant, but controversial and outspoken, singer/songwriter has made her share of friends and enemies. Her groundbreaking cover of Prince's "Nothing Compares 2 U" elevated her to superstar status in the early 1990s. Since that time she has dabbled in a variety of musical styles, including reggae, folk, punk and pop. Her remarkable new album I'm Not Bossy, I'm The Boss (Nettwerk) follows the equally accomplished How About I Be Me (And You Be You)?, indicating a career comeback of the highest order. I spoke with Sinead about the new album shortly before it's late summer 2014 release. [Sinead O'Connor performs on Oct. 20 & 22 at City Winery in Chicago.]

GS: (Gregg Shapiro) Your new disc I'm Not Bossy, I'm The Boss opens with the song "How About I Be Me," which contains a reference to your 2012 album. Is it your intention to make a connection between the two records?

SO: (Sinead O'Connor) Perhaps subconsciously, yes. It wasn't conscious, it was just that I had a great song and it didn't make it on to the last record because it was a reggae version. With this record, I wanted to make a pop record, so I said, "Let's change the arrangement." But in a way, yes, there is quite a link in fact, between the two records, which I had not myself realized. But there is.

GS: I'm Not Bossy, I'm The Boss includes the songs "Take Me To Church" and "The Vishnu Room" - would it be fair to say that you still consider yourself to be a spiritual person, and if so, in what ways is that manifested?

SO: Yes, I'm someone who sees God and religion as two different things. I like to study theology from various different religions. It fascinates me and I find it very inspiring. But I'm more interested in the idea of God, I suppose. Music is quite a spiritual thing to me also. I guess, partly because I'm Irish and I was born into the theocracy, I've always been fascinated with scriptures, and also the idea of God for want of a better word.

GS: You don a long wig on the cover of the album as well as in the video for the song "Take Me To Church." Is that a way for you to create another persona, perhaps putting some distance between yourself and your work?

SO: No, really it was publicity if I'm 100% honest with you. I knew that if I dressed myself up as a woman, it would draw attention to the album because nobody's ever seen me looking like a woman. I knew that if I did that, it would get everybody talking about the album, basically. It would attract a lot of attention to the album that it wouldn't have otherwise got. The same with the video; the record company asked me if I would do the same for the video. They knew there was more of a chance of it getting played if I did that.

GS: About halfway through the video you pull the wig off, something that is a classic drag queen move. Were you getting in touch with your inner drag queen in the video?

SO: No. Really for me pulling off the wig was my way of saying, "I'm not continuing with this look." It's not something I'm interested in doing. I did it for the shot and I did it for the video. It was not something I was prepared to do any more than that. That's really what the pulling off of the hair was about. It's about being me, in terms of taking off the hair. I didn't want anybody, record company or anybody else, thinking I was going to be going any further with this. It's far too much high maintenance, as you are probably aware. It's extraordinarily high maintenance trying to look like a woman.

GS: As you sing in the song "James Brown," "you came to get down," and you do so, making the song a full-fledged funk workout. Dance music is probably as popular now as it was at the height of the disco era. Are there plans for dance remix of the song and, if so, how would you feel about becoming a disco diva?

SO: You know I really want to be a disco diva. I've been saying for ages that I really want to make a dance record. I've no idea how to get in touch with dance producers. My favorite way to work, because I can play guitar so-so, but I don't play an instrument well enough to write my own music, I prefer for someone to give me a piece of music and then I can write lyrics and melody. What I'd really like is for people who have dance tracks to send them to me. I don't know anything about that world, but I'm dying to get into it. If anything, I would love for my next album to be dance. I want to be working with dance producers, but I don't know any of them. Every time I've said this to my people over the years, everybody looks as blank as me. We don't know how to get into that work, but I'm dying to do it.

GS: The James Brown biopic Get On Up is currently playing in theaters here in the States. If there was a biopic made of your life, who would you want to play you?

GS: Now that you've been a recording artist for more than 30 years, what advice would the Sinead of 2014 give to the Sinead of the 1980s?

GS: I think we can all agree that you are not a terrible person. Over the course of those more than 30 years, what would you say are some of your proudest moments as a singer and songwriter?

SO: Well, obviously "Nothing Compares (To You)" is one. I'm very proud of this (new) album and the songwriting. I'm proud of developing as a songwriter. I also loved Universal Mother, which was a very important record for an Irish person to make in the time that it was made when child abuse and the family wasn't open for discussion. It was a brave album to make from that point of view. The work I've done with other people I'm proud of. I'm proud of the work I did with Afro Celt Sound System. I worked with my favorite Rasta band which is Israel Vibration; l loved that. Obviously the Pogues business is one of my proudest things. Tons of things, really.

GS: I'm so glad you mentioned your work with other people, Sinead. We began by talking about your previous disc, on which you covered the song "Queen of Denmark" by gay singer/songwriter John Grant, on whose album of the same name you could also be heard singing. What role, if any, do gay people – friends or family – play in your life?

SO: Like everybody, I have tons of gay friends. I even have family members. It's not a big deal [laughs]. I live, unfortunately, in a country where it's not as bad as other, but still a man can't walk down the street in Ireland unless he's dressed like a man. In terms of my own personal experience, for me, gay people, specifically drag queens, have been an enormous influence on me, since I was about 17, actually. I didn't know until I was about 17, that there was even such a thing as gay, even though my favorite show on telly was about a drag queen. I moved to London when I was 17. I had a straight, but cross-dressing,