I’ve had such good support from the LGBT community ever since I came out in this industry. 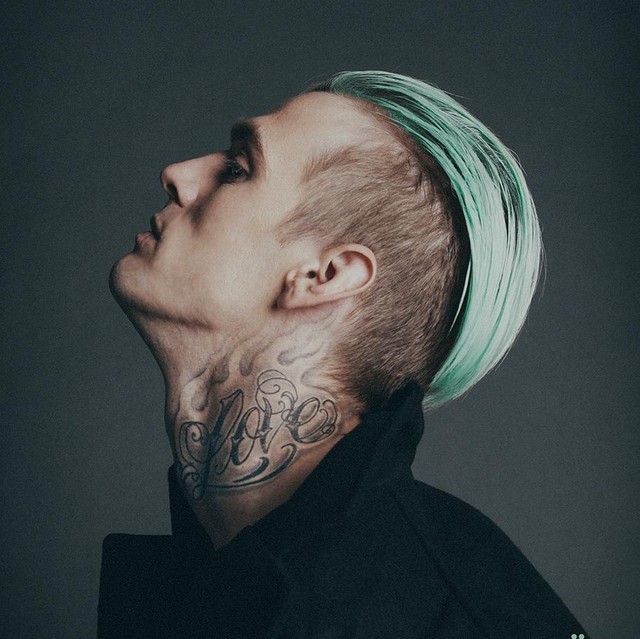 Aaron Carter exploded in the ‘90s with several albums and toured with his brother, a member of the Backstreet Boys. He’s appeared on Dancing With the Stars and the musicals Seussical and The Fantasticks. His fifth solo album was released in 2018.

Recently he hosted a ‘90s party at Replay Lincoln Park where he was supporting The Chill Foundation. Carter stopped to talk a bit about his life.

JN: (Jerry Nunn) I’ve noticed you performing so many times at Market Days and several places in Chicago.

AC: (Aaron Carter) Tons. I do a lot of shows here. It’s always a good crowd and I have a very strong fanbase here.

JN: What is the craziest thing a fan has asked of you?

AC: I was just in the Philippines. There was a girl there that looked just like my girlfriend. She was dressed like her. She came up to us and told my girlfriend that she dressed like her. I was a little taken aback bit it. I don’t know if she had hacked her phone, but she was wearing the exact same thing. That was crazy and I will never forget it.

JN: That would freak me out.

AC: That happens to me too! There was a kid there that looked like me. He had hair and an outfit like me. it was very endearing.

They say imitation is a form of flattery, but I am not so sure of that!

JN: Talk about your song “Sooner or Later.”

AC: it came from a collective of writers, me included. One of my good friends helped me write the song. It’s about a relationship going around and around. Sooner or later it will be over. It is me preparing myself for the storm or the ending.

JN: Are you working on music all the time?

AC: I am, but I haven’t really been in the studio. I just did this album so we are running with it and still working with this album. We are promoting and pushing it. It’s gold in 10 countries now. It had like a hundred million streams on Spotify. Every 75 streams is counted as one mechanical download. If you do the math it’s doing great.

One of the first lines is “trips to Chicago, don’t call me crazy, this time tomorrow.”

JN: I remember the Chicago connection. Did you ever feel competitive with your brother Nick at all?

AC: Not really, no. Nick was always in a boy band. I’ve always been a solo artist. We have always been different in that sense. Is there a competitive side to have? Of course. It’s never going to go away. You have two brothers that are doing the same thing, whether it’s football, baseball or music. It has been proven through time. There will always be an underlying competition forever.

JN: You can play your arm!

AC: I do in my music video for “Fools Gold.” I play it because I think of the beats when I make my album. In the video I play my arm to depict that I’m the producer.

JN: What is your connection to the gay community after playing at Pride festivals?

AC: I’ve had such good support from the LGBT community ever since I came out in this industry. It’s been nothing but love. I’ve been surrounded my amazing dancers and choreographers and people that have believed in me. It’s just been a part of my life. I’ve never looked at it like anything else as some people may do. It’s a part of who I am.

AC: I have a reality show coming out in May on WE tv. I can’t say anything about it until we start promotion.

JN: Have you always wanted to do reality TV? I know you did Dancing With the Stars…

AC: Yes, and House of Carter, which was a shot show. I completely hated it. After this one we actually have some offers coming in. We will see where my life is going to go!

For more fun pop-up experiences, such as the current Game of Thrones installation visit ReplayLincolnPark.com.