If you love it, you can do it. 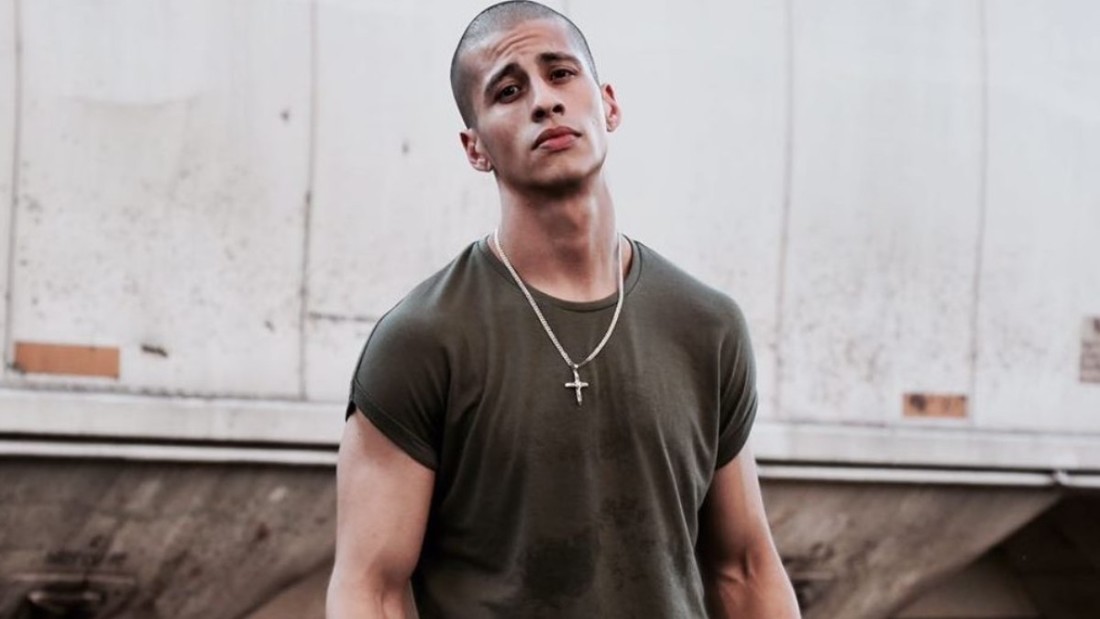 Born in Chicago to a Puerto Rican father and Mexican mother, Olivero has been chasing his dreams since he was first featured on the MTV reality series Making Menudo in 2007, where he was selected as one of five to make up the new Menudo boy band. He then went on to compete on season 3 of The X Factor, where he finished in 3rd place.

After moving to Los Angeles, Olivero made several guest appearances in television shows and starred in the 2012 film, We the Party. Most recently, he starred in the critically-acclaimed Hulu series, East Los High, which wrapped its final episode in December.

Here, ChicagoPride.com talks to the 25-year-old Chicago-native about his past experiences, current projects and about his upcoming appearance at Chicago Pride Fest.

CP: Carlito, what part of Chicago do you originally hail from?

CO: From the northwest side of Chicago.

CP: You are probably most well-known by your appearance on The X-Factor. Tell us a little bit about your experience.

CO: It was a great experience, I had a blast. Being able to represent my city and at the same time touch so many people around the world was awesome.

CP: Fast forward a few years, and you’re starting in East Los High. What’s that like?

CO: It’s great. I want to be able to show people that we can do more than one thing. It’s the year of the hybrids, why just stick to one talent. If you love it, you can do it.

CP: East Lost High wrapped, but you’re now taking your dancing skills to Step Up: High Water on YouTube Red. Tell us a little bit about that project.

CO: Yes, when one door closes, another opens. It’s always been my dream to be in a Step-Up film, and now to be able to be part of the TV show is a dream come true.

CP: Tell us a little bit about your character and how you might relate to him.

CO: My character is Davis, he is a young homeless R&B singer that lives on the streets of Atlanta and will do anything he can to help his little brother.  He uses whatever opportunities he has in the school of High Water. We are both humble and hungry, at times impulsive. We think with our hearts, not with our minds and that could be a good or a bad thing.

CP: So, you’re returning home to Chicago for a second performance at Chicago Pride Fest. How was your first experience and how do you feel about returning this year?

CO: My first experience was awesome, I had a blast. Being on stage with Jennifer Hudson and Mia was amazing. Now to know that I am going to be returning is an honor and I just want to give a great show.

CP: What can fans expect from your performance at Pride Fest?

CO: A great show, lots of energy and some dope music.

CO: The LGBT community has always been great supporters of myself, my music and my career. Because of that, I will always be a supporter in return.

CP: Is there one song, or album, that you would say is the soundtrack to your life? Why?

CO: Yes, The Weekends House of Balloons Album. It’s an Album that makes you feel ok with being alone, has some of the best poetry you’ll ever hear and some of the most stand out beats that you can play at any time or any place.

CP: Now a quick round of questions to get to know a little more about you. Other than singing and dancing, what are some things you really enjoy doing?

CO: I like to paint in my free time, it's definitely a hobby of mine.

CP: And finally, what’s next for Carlito Olivero?

CO: Working on my third album right now, also Step Up got picked up for season 2. I just dropped a new movie Bad Samaritan that is in theaters right now. Just trying to inspire others and continue to work.

Carlito Olivero performs the North Stage at 3:15 p.m. on Saturday, June 16. Chicago Pride Fest, which is organized by the Northalsted Business Alliance, runs June 16-17 on Halsted Street between Addison and Grace. A $10 donation is recommended. The Chicago Pride Parade is the following Sunday, June 24 at noon.