I am the one Cyrus who can't sing. 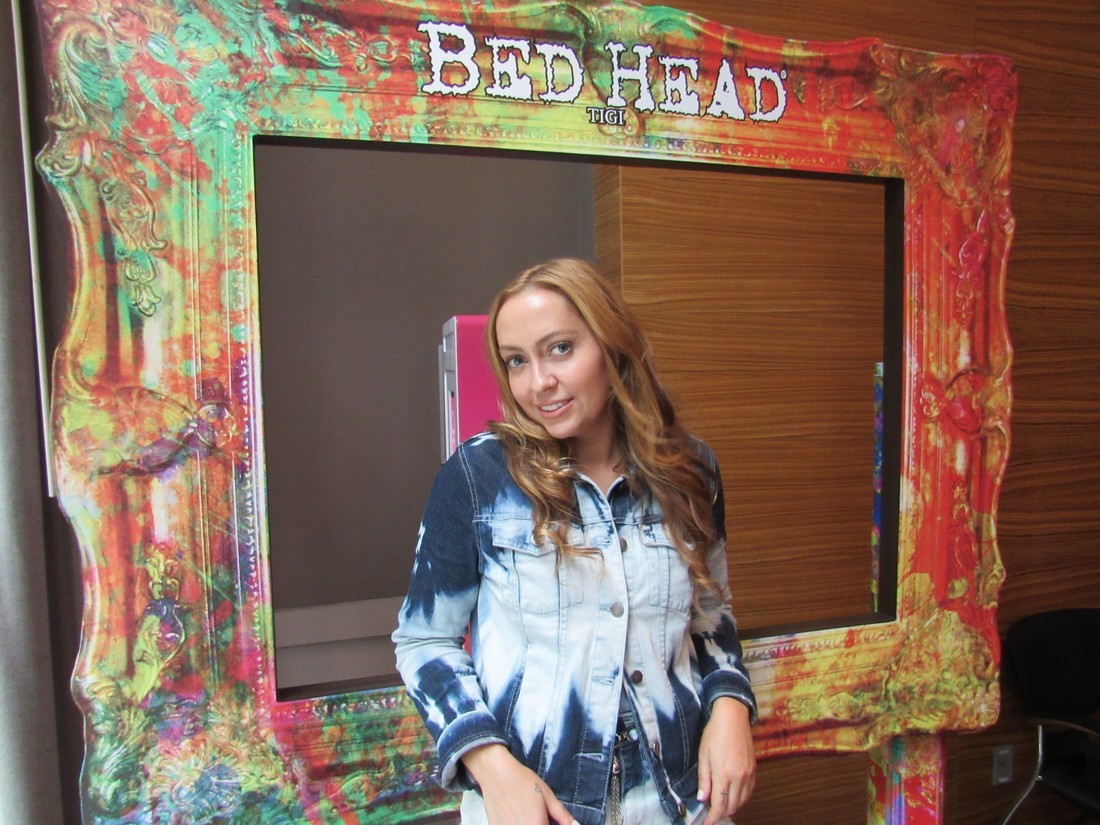 Brandi Cyrus is the older Cyrus sister is in the family that continues to have a million projects. She’s appeared in Hannah Montana and Zoey 101. She teamed up with her mom Tish to created Bravo Media’s Cyrus vs. Cyrus: Design and Conquer. The dynamic duo give homes a face lift while being followed around by cameras.

Cyrus sat down to talk about the show at a recent Bed Head event at the Hard Rock Hotel during Lollapalooza where she was DJing.

JN: (Jerry Nunn) You were born in Nashville?

BC: (Brandi Cyrus) No, I was born in Kentucky, but my parents moved me to Nashville when I was five. I grew up in Franklin, Tennessee. I went to Franklin High School. I went to college for one year at MTSU. After that I moved to California for six years. Now I am back in Nashville.

JN: A lot of people have moved to Nashville now.

BC: It is so great and so much cheaper than California. I probably fly to California once a month at least for a week. I spend way less money flying back and forth.

JN: Do other family members live there?

BC: I was the first to go back. My dad has a TV show on CMT that they film in Nashville so he came back. Both my brothers moved back last year. My parents bought a second house that my mom stays at when we film our show, so she is there half the year. Miley bought a house there last month so she is going to spend more time there. So we are all there pretty much!

JN: What is the best BBQ in Nashville?

BC: I like Edley’s. Martin’s Bar-B-Que Joint in another good spot. When I moved back Nashville was a new city. It was not the place that I left. To me there was all these new places and everything. Eldey’s was the first BBQ spot I had when I moved back. I just stuck with it.

JN: Talk about working with your mom on Cyrus vs. Cryus: Design and Conquer.

BC: Ever since I can remember my mom has loved interior design. It has been her passion. We used to joke that every couple of years she would redo the house, because it was a hobby for her.

As I got older I developed the same passion for it. I bought a house two years ago and gutted it. I live in it now. Friends wanted me to do their houses so I started doing it casually.

My mom works at a production company in California. They came up with this concept of a TV show for her and I to do this interior design show.

We have been approached for lots of reality TV but nothing has ever fit. She brought it to me and said it was the only way she would do TV with interior design.  We pitched it around New York in March and before the end of the year we were filming it.

We went with Bravo who has been so great.

JN: Did you meet with Andy Cohen?

BC: I haven’t met him yet. I want to steal his job. I want to host Love Connection.

JN: I interviewed him for that.

JN: How is it working with your mom on the show? You seem really close…

BC: We are. My mom is very young for how old I am. She had me when she was 20, so we always have had a best friend relationship.

We are super close, however we hadn’t worked together. She does manage both my sisters so I have never had that relationship with her. I was worried a little but at the same time we are both adults. I knew it would be fine.

We did have a couple of moments. We filmed for six weeks, which is not long to do six houses. Not just us, but everyone on our team had some sort of breakdown. There was one with my mom over the silliest thing. We were sharing hair and makeup. We fought about it and it was really bad. It is easier to take things out on the people that love you the most, because they have to love you no matter what. We got over it. It was right in the middle of the shoot. It ended great. All in all I loved working with her. She is probably the only one that I could work with in that capacity in the family that wouldn't kill each other.

JN: So a Kadashian type of show will never happen?

JN: Are you so proud of her?

BC: I really am. It is pretty crazy. Two years ago she didn't do music at all. One day she just decided to play piano and sing at open mics. Here she is nominated for Best New Artist at the VMAs.

JN: Is there a misconception about the Cyrus family you would like to get rid of?

BC: The only misconception is that we are some outrageous family. We are so freaking normal it is boring. If we had a TV show like the Kardashians everyone would be bored with us. We are all homebodies and don’t leave our houses unless we are working. We are pretty chill.

JN: Miley Cyrus is a big supporter of LGBT rights. How about you?

BC: It is so cool to see her stand up for so many things that she believes in, whether is LGBT or homeless youth, even the way she is into her vegan lifestyle. It blows my mind. It is so cool to see someone her age take her platform and celebrity status to use it for good. She has done some many good things with the Happy Hippie Foundation. She has done things that she didn’t have to do and very inconvenient for her like the Women’s March or going to Manchester for the Arianna concert. It makes me every proud and inspires me.

JN: Do you go out to the gay bars in Nashville like Play?

BC: So the last time I went to Play my car got broken into! Someone busted my windshield.

We need more places. My friend lives for Play and wants to go every couple of weeks.

JN: Do you have any plans to sing?

BC: I can’t sing. I am the one Cyrus who can’t sing. When I lived in California I was in a band. I played guitar and keys. We were signed to Interscope and made a record that never saw the light of day. I spent six years in that band. I worked really hard at it. The label wouldn’t back us or give us tour support. It was very heartbreaking.

I started when I was 19 and by the time I was 25 we were traveling around in a van eating Taco Bell. I didn’t want to do it anymore. It started off being fun but then turned into a job that was not paying enough to do. I hated that about it. When that fell apart I started working with fashion. I did start to miss music so I started DJing a year ago.

JN: Do you have a favorite song?

BC: I listen to a lot of hip hop. If I can play whatever I want that is my go to. It is mainstream hip hop like Drake, Migos, or Rihanna. it is stuff everybody knows. Camilla Cabello came out with song called “OMG” and it is such a hit. I am putting it into my set.

BC: Absolutely. Many gigs are not booked until the last minute. Most the things I do revolve around a festival or an event. I did South by Southwest and Coachella. Fashion week is in September so there are a lot of parties during that. Award show season carries into November so you never know. Lots of possibilities!