Cat daddy Jackson Galaxy is in a cat-egory by himself 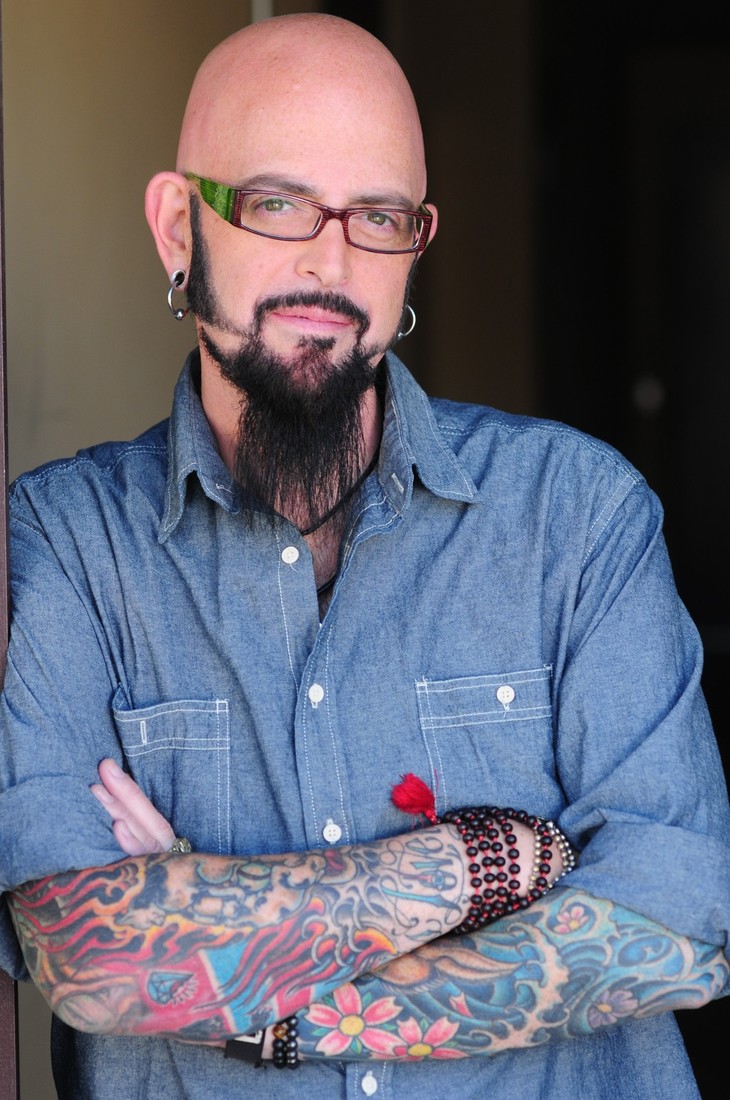 Jackson Galaxy, author and host of Animal Planet's My Cat From Hell, is the definition of a cat whisperer. Since the show premiered in 2011, Galaxy has come to the aid of many cat companions, assisting them in working out various catastrophes. Galaxy's new book Catification (Tarcher/Penguin), written with Kate Benjamin, takes a paws-on approach to "designing a happy and stylish home for your cat (and you!)." I spoke with Galaxy shortly before the October 2014 publication date of the book. [Jackson Galaxy will be at Anderson's Bookshop Naperville on Oct. 16

GS: (Gregg Shapiro) Did you have pets, including cats, when you were a kid?

JG: (Jackson Galaxy) I grew up with a dog. We had a family dog. That's it, no cats. It wasn't until I started working at animal shelters in the early ‘90s that I began taking an interest in cats.

GS: In your new book, Catification, you mention the cats to dogs ratio in U.S. households being 95.6 million to 83.3 million, respectively. Does that have to do with the fact that many of the cat households have multiple felines as opposed to dog household which may only have one or two?

JG: Yes, that is part of the statistic. I think it's 30 percent or so of all homes that have cats have multiples.

GS: Were there ever other titles for the Catification book under consideration, such as Catisfaction, Categories or Catalog?

JG: [Laughs] Not even a one. As a songwriter I always wrote from the title down. I would start with the title and then write the song. The same thing with the book. The book was Catification and then it was written from there. It was a singular vision.

GS: One of the things I appreciated about Catification is that even as a non-cat person, I feel like I learned something new about cats; for example, the part about the Jacobsons's organs. Can you say something about your own process of detailed learning about cats?

JG: It was almost an exact meeting point of book learning and street learning. Back then, in the early `90s, there just weren't that many resources out there in terms of the inner lives of cats. It's almost like when you're stranded on a desert island and you have one book with you and you read the hell out of that book for however long you are stranded. I had a couple of really important books with me and I just tore through them. I would develop theories back then. I had a hundred cats back there (in the animal shelter), (I thought) "I'm going to back there and start working with these guys to see if I can get consensus from these cats if it works for them or not." That's how this all came about. Almost every process that I use now was all formed from that era.

GS: In many ways, Catification is a workbook, with an emphasis on homework. There is a lot of carpentry involved in the Catification process. Do you think the average cat guardian is capable of creating such living spaces or are you aware of any carpenters who specialize in catifying?

JG: If I did my job right, this book should appeal to people like me who can't even hammer a nail without breaking their hand. There are projects in there that we call "No Excuses Catification." As long as you can go through your garage and find a planter, you can do something. As long as you have a bookcase that you can put a bed on top of, you can make it happen. You don't need to make it look like it does in the book, but if you do, all the power to you. There's not a lot of catification contractors out there.

GS: Folks in the LGBT community have a reputation for being pet owners, with cats being a popular choice. Have you noticed that, and if so, why do you think that is?

JG: It's a strange stereotype. You would assume that if that were the truth, coming up on six seasons of My Cat From Hell, over 100 cases in six seasons, that I would have more than four or five gay couples. It's not because of discrimination. We just don't get that many more (LGBT) submissions. So, no, I haven't noticed that.

GS: Speaking of noticing things, I noticed the guitars on the walls in the photos of your home. Do you still have time to make music?

JG: Unfortunately, not a whole lot. I'm still trying to find that balance. When I moved to L.A., I broke up my last band because obviously we weren't going to travel. I decided I would come here and do more studio work, cutting songs that had been sitting around and get them out there. Then the show happened and I am working all the time. I basically come home, spend some time with my wife and the animals, and go to bed. My sincere hope is that maybe over the next year, people will finally be able to hear my music.

GS: I'm glad you mentioned the show. What does hosting My Cat From Hell mean to you?

JG: It means that we are continuing to elevate the status of cats in the world view, which means that more cats get adopted and less cats die. That's the bottom line for everything I do; that at the end of the day, if the animals win, I keep doing it. Every year since my book Cat Daddy came out, I've been doing book tours, and we're about to launch my next one. Every time I go out there, the feedback I get is that this TV show has saved lives.

JG: Of course it does. What else would it say [laughs]?

GS: What is the genesis of the name?

JG: Back in the day I thought, if somebody could be Ziggy Stardust, I could be Jackson Galaxy. I just did it. It was literally an impulse. It was one of those things where, "That sounds cool." Done. I can be a little impulsive sometimes.