At the heart of the art: an interview with Kristin Chenoweth 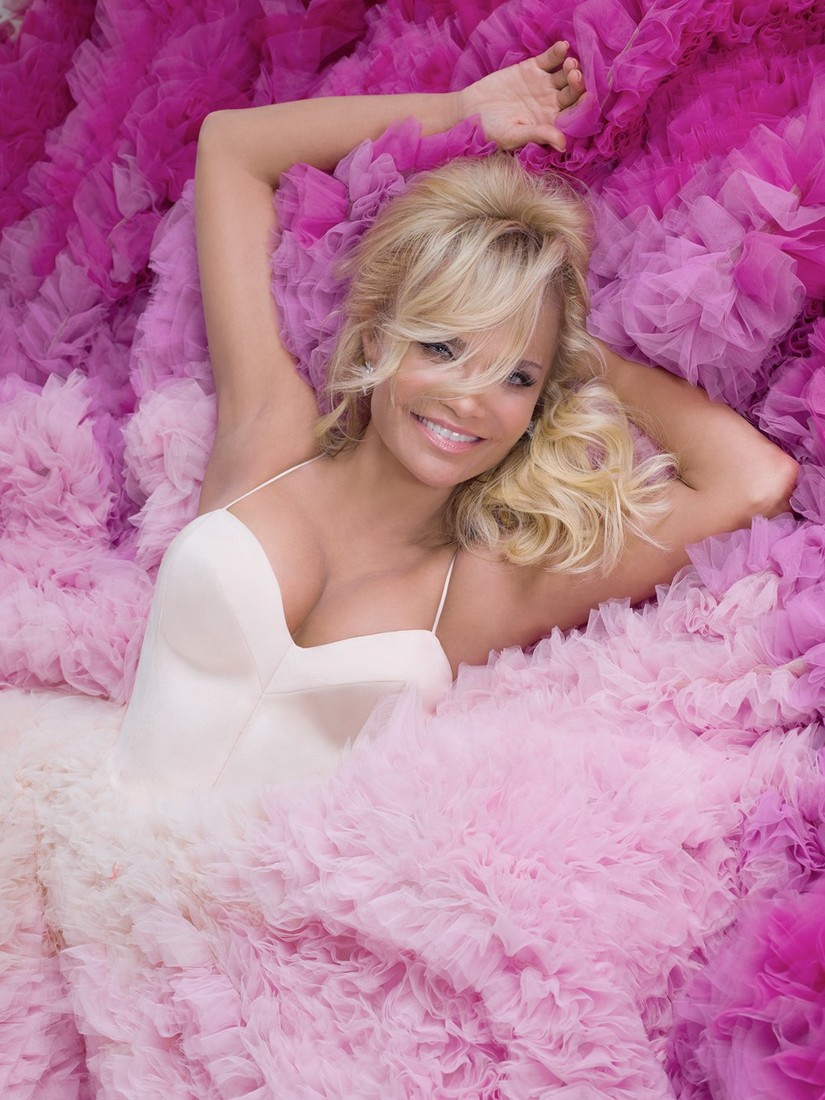 There doesn’t seem to be anything Kristin Chenoweth can’t do. As an actress, she has proven time and again that she can make us laugh just as easily as she can bring tears to our eyes. As a singer with a dynamic range, Chenoweth knows how to sell a song, whether it’s a beloved show-tune, a standard from the American songbook or something with a touch of torch and twang. On her new album, The Art of Elegance (Concord), Chenoweth leaves her own distinctive impression on a set of well-loved classics including “I’m A Fool To Want You,” “The Very Thought of You,” “Skylark” and “Bewitched, Bothered and Bewildered,” as well as “A House Is Not A Home” and the lesser-known “I Get  Along Without You Very Well.” Chenoweth was kind enough to speak with me while she was en route to a concert performance in the fall of 2016.

Gregg Shapiro: With so many fantastic songs from which to choose, how do you go about selecting songs from the American songbook that you want to record and perform, as you did for your new album The Art of Elegance?

Kristin Chenoweth: Lots of tears, because I had to cut a lot of things I wanted to keep. I’m going to have to do a part two for sure. I think, for me, I have to remember that I’m telling a story in some way. I would love to make an album full of ballads. For a listener, I want to have variety on there. I’ve got to include things like “I’ve Got A Crush On You,” and put my stamp on it with the (openly gay) saxophonist Dave Koz. Lots of these songs I hadn’t performed, but I’ve always wanted to. These are songs that I wanted to get in my wheelhouse. I sang them over and over and over and over again [laughs]. Of course, I’ve fallen in love with them all. Then you go in and record and sing them some and you go back in and rerecord and sing them some more. That’s kind of how I did this album. They have to be a part of you. They have to be in your DNA. That’s how I approached it. As far as what made it on there, it was tough. It’s probably one or two songs too long, but I just couldn’t (cut any more). That’s what I ended up with. I’m really proud of it.

GS: I’m really glad you mentioned songs being in your DNA. I especially loved your rendition of “A House Is Not A Home,” a song that you also sang in the Broadway revival of Promises, Promises, as well as on Glee. Why did you want to include that number?

KC: There are certain songs that I don’t feel like I’ve nailed yet. I wasn’t done with it. I finally got done with it. I finally got the version that I heard in my head. I almost didn’t do it. I almost didn’t spend the money to do it and all that. I just wasn’t done with it yet. It’s a pretty heavy Burt Bacharach/Hal David lyric. I just wanted it. I’m proud of the way we did it on Broadway and on Glee, but I just wanted to get it right in my mind.

GS: Of the album’s 13 songs, three of them are Gershwin tunes. What makes Gershwin compositions so attractive to you as a singer?

KC: First of all, there’s something about him being singer-friendly. He wrote well for singers, especially my kind of voice; people who tell stories with their singing and their style seem to fit with Gershwin. I’ve done “Smile” for about four years. But I started cutting my teeth on “Someone To Watch Over Me” in college. I’ve sung that one for a while. There’s something so simple and sweet about that lyric. All we want is someone to care and love us, to care, to be our other half. That’s a lovely thought to me and a perfect melody. I wanted to honor him. He’s a great American songwriter. Why wouldn’t I put him on there? The question was, how many Gershwins do you put on there [laughs]? How many?

GS: The first time I ever heard “I Get Along Without You Very Well” was on Carly Simon’s Torch album. Your version packs an emotional wallop. Why do you think that this song never became as popular as some of the other selections you chose for the album?

KC: That’s one of the reasons I wanted to do it, too. It’s not as well-known. It’s complicated. First of all, it’s range-y. It’s not necessarily an easy sing. It’s also deep. A lot of times people just don’t want to go there. They want, [sings] “I’ve got a crush on you, sweetie pie,” and I love that, too! But you have to admit and sing about the ones that aren’t with you anymore. The way Hoagy Carmichael and (Johnny) Mercer wrote it, it’s kind of a misleading song. “I get along without you very well/of course, I do,” except when this happens and this happens and this happens. I get along with you very well – it’s almost like trying to convince yourself that you do. But the truth is…especially Alan Broadbent’s arrangement at the end of that, how the chord progression goes up, those crazy, awesome chords…it’s really unsettling. It’s one of my favorite tracks on there.

GS: As a solo artist, you have recorded a show-tunes album, a Christian music album, a Christmas album, a country album, a live album and now an album of standards. Do you think you might have a dance-music album in you for your devoted gay fans?

KC: Oh my gosh, people ask me that! The thing is, I would need the right producer, right? “Calling all dance music producers! I’m available [laughs].”

GS: In November, your show My Love Letter To Broadway is running for a dozen performances at the Lunt-Fontaine Theater in New York. Do you plan to include any numbers from that show in your 2017 concert tour?

KC: Oh, yes, of course. I’m constantly changing up my show. It’s never the same. There might be two or three songs I’m trying out. I’ve been singing these songs (on the new album) in the studio, but I haven’t really done them live. Tonight, I’m going to be doing four of them live. That will be a really good lesson for me. How they feel live. It’s intimate to sing them in a studio. Now, I’ve got to be on a stage and be in front of a lot of people.

GS: In December, you’re portraying Velma Von Tussle in NBC’s Hairspray Live!, following in the footsteps of  Linda Hart and Michelle Pfeiffer. How do you think your Velma will be different from theirs?

KC: They’re both so good. I got to see Linda’s live when it first came on Broadway. I just loved her. I’ve always been a fan of hers. And, of course, Michelle was perfect as Miss Baltimore Crabs. I think for me, mine’s going to be pretty out there, as you might expect. I’m just going to embrace the wrongness of her so that everybody else can enjoy not liking her. I think it’s fun to love-to-hate people [laughs]. I’m going to make her lovably hateable.