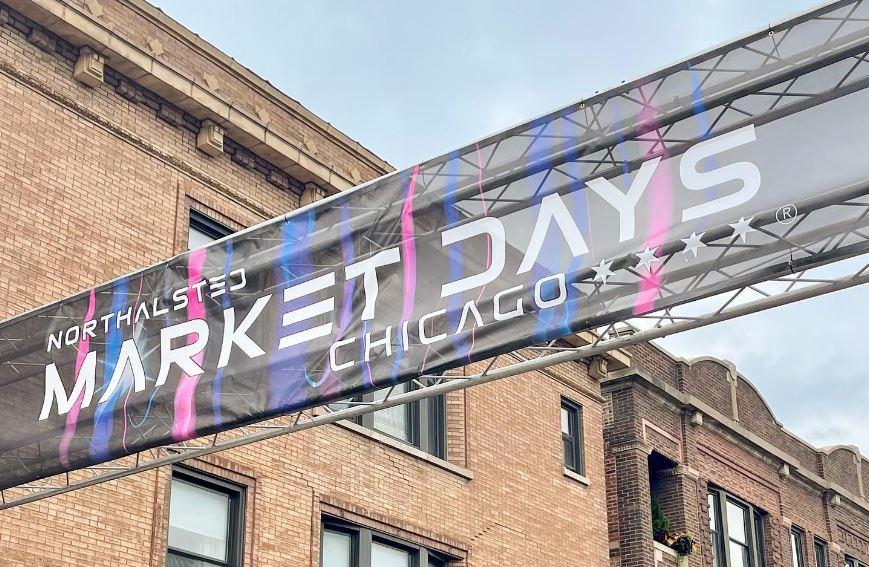 CDPH: Most casual contact and day-to-day activities pose little to no risk for contracting MPV

The City of Chicago is ramping up its monkeypox virus (MPV) awareness outreach in anticipation of this weekend's Northalsted Market Days.

With MPV cases on the rise and the vaccine supply limited, city health officials are planning educational flyers, palm cards and video campaigns to educate those attending the two-day street festival.

Details were announced during a press conference on Thursday.

Northalsted Business Alliance (NHBA), the group behind Market Days, is working with the Chicago Department of Public Health (CDPH) to push messaging about MPV before and during the festival, which is expected to draw nearly 100,000 people to the primarily LGBTQ neighborhood of East Lakeview.

"We are going to have at our two main entrances, one at Addison and one at Belmont, information booths manned by the Department of Health handing out information to people," Mark Liberson, vice president of NHBA and chair of Market Days, explained on Thursday.

According to Liberson, educational videos and materials are already available at businesses and bars along N. Halsted. St. to ensure people fully understand the primary mode of transmission and symptoms of MPV.

NHBA has also added an information section to its website.

'We want people to have a great time, and I think we can do it safely," added Liberson.

Officials said the infection numbers remain low and that the goal of the outreach is to stop them from increasing at the start.

As of August 4, there were 478 known cases of MPV in Chicago. Any person can get MPV, but 98 percent of the cases in this outbreak have been in men who have sex with men.

Still, experts are stressing that the virus does not discriminate.

“MPV is not a ‘gay disease’,” CDPH Commissioner Dr. Allison Arwady said. “There’s nothing inherent in the biology of the virus that limits it to men who have sex with men. The virus spreads through tight-knit social networks; it does not discriminate.”

According to the CDPH website, "Monkeypox is spread through close contact with body fluids, sores, shared bedding or clothing, or respiratory droplets (kissing, coughing, sneezing).”

Arwardy noted that most casual contact and day-to-day activities - including things like shopping in crowded stores, going to a bar or coffee house, riding crowded CTA trains and buses, or using gym equipment or public restrooms - pose little to no risk for contracting MPV.

"As experts have repeatedly said, overall risk of infection remains low and in almost all cases infections have been traced to intimate contact," Liberson told GoPride.com. "Our goal is to educate people about the early symptoms, which are mild and could include mild flu/virus type symptoms, a rash or pimples, as well as how it is being transmitted, which is through intimate contact not through contacts likely to occur when shopping in a business, having a drink in a bar, dancing or attending a festival."

Liberson stressed, "If people have symptoms that may be MPV, they need to see their doctor and avoid exposing others."

"It's going to be an amazing Market Days and we are excited to welcome people to Northalsted this weekend," said Liberson.

Some cities and states, including New York City, San Francisco, California, Illinois and New York, have already declared monkeypox an emergency, allowing them to free up funding and resources for their responses to the outbreak.

More information about MPV can be found on the Cook County Department of Public Health website.