This record is the most personal one we have ever done 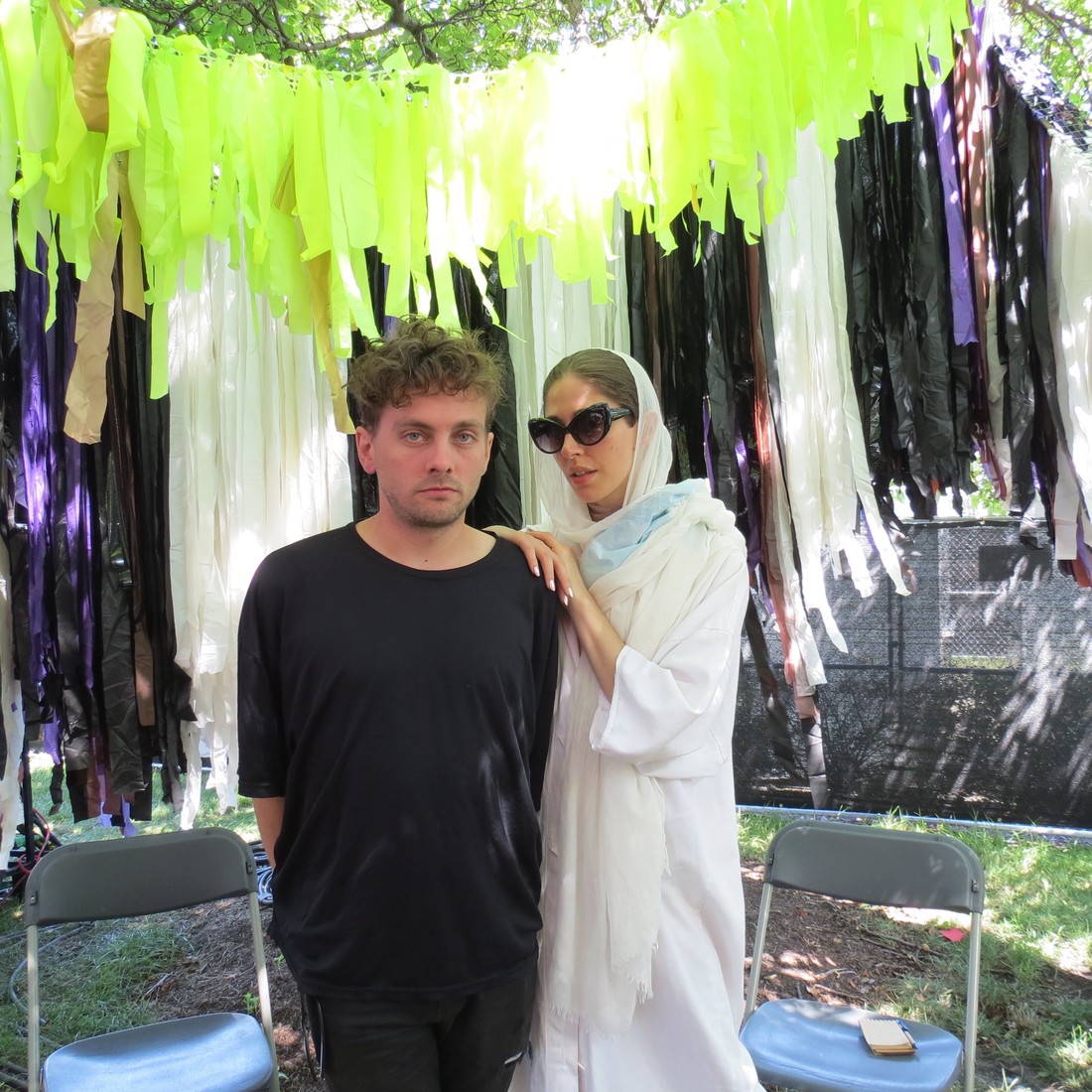 The band Chairlift consists of the duo Caroline Polachek and Patrick Wimberly. Originally forming in 2005 at the University of Colorado, with Aaron Pfenning, along with bassist Kyle McCabe recorded an EP the following year. Columbia Records soon picked them up where they eventually opened for groups like Phoenix, MGMT and The Killers. They collaborated with Beyonce for the song “No Angel” on her self titled album.

Their latest album Moth was released in January of this year. Find out why their music is so haunting when Nunn talked to them at Lollapalooza.

JN: (Jerry Nunn) How did you two get together?

CP: (Caroline Polachek) Chairlift formed in 2005. Patrick and I had been playing in a band before Chairlift formed. I moved to New York and ran into him randomly. It was only 48 hours until he was in Chairlift. Things move fast in New York!

We were both working full time jobs at the time. We recorded with Chairlift at night. We played small clubs and bars. It was such an experience. Things were changing really fast with electronic and electro clash music. It was all merging together. We made our first record late at night with rare bits of time off called Does You Inspire You. A song was used in an Apple commercial in 2008. Within a couple of months we were signed to Columbia Records. We have been doing this full time ever since.

JN: What was the sound like at the beginning?

CP: At the beginning we didn’t have any songwriting aspirations. We were making music with loop pedals and synthesizers. We were making ambient music intended for haunted houses. We ended up making a lot of folk music styled songs that we combined with the ambient layers. That was our sound originally.

JN: That is very original.

CP: That’s true. It doesn't seem that far off from a lot of things that exist now.

JN: I see you DJ also. What is your favorite song to play?

CP: One of my favorite songs to play is called “I’m a Wonderful Thing” by Kid Creole and the Coconuts. It is from the late ‘80s. It sounds so good on every system. It’s a great song.

JN: How did you wind up working with Beyonce?

CP: She asked us. You do whatever she says right?

JN: How was the experience?

CP: It was insane.

JN: What did you think of Lemonade?

PW: (Patrick Wimberly) I loved it.

CP: What is your favorite song?

CP: “Sorry” and “Hold Up” are songs I can’t decide on. One day I like one then the other.

JN: It must be inspiring as artists to see her videos.

CP: I noticed on the VMA Awards that there is a category for long form video with Lemonade on there. I love that it is a new form now.

JN: Maybe Chairlift could make one in the future.

CP: It takes a lot of money.

JN: Can you talk about your song “Romeo?”

CP: This record is the most personal one we have ever done. It is interesting that you mention “Romeo” because it is the only song that is completely fiction. It is a story outside of my own life. It is inspired by a Greek myth that involves a race. A girl dares her suitors to race her. If they lose they are beheaded and the one that wins she is obligated to marry. Of course she is killing hundreds of them. She doesn’t want to get married obviously but her father puts her up to it. One of them wins by cheating. The song takes place in her final race, he cheats and wins.

It is song essentially about one thinking they have control over love and who they fall in love with but at the end of the day they actually don’t. It is about faith essentially.

JN: So how about “Moth to the Flame?”

CP: That is from real life. The title is based on a cliche but cliches are based on truths.

JN: Is “Crying in Public” about anxiety?

CP: No. It about when you are overflowing with emotion and you can’t control it. Anxiety can factor into it but at that particular moment it was not about anxiety.

CP: Some more live shows throughout the summer then going back in the studio to work on live stuff. Going to the beach!

PW: They have a couple.

JN: We have a gay beach.

CP: No scene is complete without of those. Is it hopping?

JN: Yes, a very busy beach. There are rainbow flags everywhere. So let’s play a game dedicated to your album Moth. This is to test your knowledge about moths. True or false, moths like ants can carry their own weight.

JN: False, they can’t. Moths are mimics and can mimic bird droppings.

CP: False, but why would you say that if it wasn’t true?

JN: It’s true. There is a hummingbird moth somewhere. One last one moths don’t have a nose but are expert sniffers.

PW: How can you sniff without a nose?