Double or nothing: an interview with author Bridget Birdsall

The motivation to write about Alyx was not only because I have more and more friends who come out as gender queer... 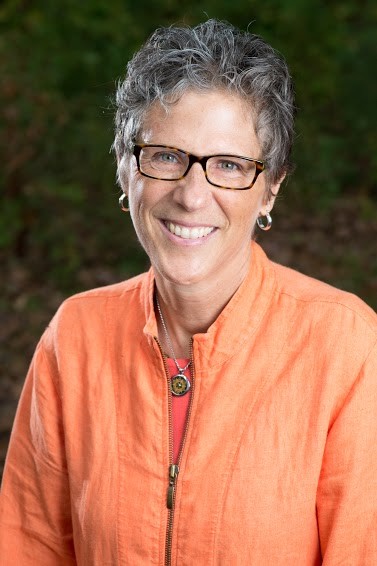 Double Exposure (Sky Pony Press, 2014) by Bridget Birdsall, the latest installment in the ever evolving saga of Y/A (young adult) lit takes us from Northern California to Milwaukee, Wisconsin where intersex teen Alyx is looking for a fresh start. Relentlessly bullied for not fitting in, Alyx, and her mother, move in with Alyx's grandfather and uncle who live on Milwaukee's diverse South Side. There, Alyx quickly makes a name for herself on the girls' basketball team, but her triumph may be short-lived when a competitive teammate with her own bullying tactics begins to make life difficult for her. I spoke with Birdsall about the novel in late 2014.

GS: (Gregg Shapiro) Bridget, as a writer, what inspired you to write a Y/A novel?

BB: (Bridget Birdsall) I decided to pursue my writing in midlife. When I was 43 years old I decided to go back and get my Masters in Fine Arts. I had started writing about 10 years before that. Many of my protagonists or the people I was most interested in were young adults. That time of our life is a time when we are figuring out how we fit in and how we belong. As with many writers, I write from what I know. There is a lot of what I know in this book. I know a lot about basketball and being a young person trying to figure out what my identity is and how to fit in. Being an androgynous-looking person, what it might feel like to live outside gender box expectations of my culture and my religion and society.

GS: Do you have favorite authors and books within the Y/A genre?

BB: Oh, yes! Nancy Garden (author of Annie On My Mind) wrote the first, quintessential lesbian young adult novel. It was life-changing book when I read it. If you recall, that book was pulled from the library shelves in Kansas. The case went all the way to the Supreme Court to allow that book to be shelved in the Kansas school district it was in. And the book won and it was re-shelved. Marion Dane Bauer, along with Nancy, has been a mentor of mine. Marion wrote a book called Am I Blue? She has tackled tough topics. She was also one of my mentors at Vermont College for my MFA. She was an amazing teacher and human being and continues to this day to be an influence for me in my writing life.

GS: Your novel Double Exposure has a Milwaukee setting.

BB: I am from Milwaukee originally. I grew up in Milwaukee. My other book is also based in Milwaukee. It's a place I know and love. It's a very unique culture and city. I wanted to move beyond the average white-bread young adult (novel). I wanted to bring diversity into my story and give a little history of the race relations in Milwaukee. I set my book on the south side of Milwaukee because I wanted it to be in an area that is working class, maybe a culture or perspective where somebody who is different is seen as a little bit of a threat so I could show how some of these challenges could be overcome by a young person. My own son is part Native American. I grew up in a part of Milwaukee that was primarily homogenous Caucasian people. But over the years I was able to meet people and mingle in all the different neighborhoods. I found the south side to be fascinating in terms of the changing demographics of the city and how people respond to it.

GS: Alyx, the main character of Double Exposure, is an intersex/gender queer youth. What was the motivation to write about a character such as Alyx?

BB: The motivation to write about Alyx was not only because I have more and more friends who come out as gender queer, I also have individuals that I love and care about in my life who were born intersex. It's a complicated condition and it's not something most intersex people want to talk about, including a friend of mine who's child was born that way. I imagined what that child's life would be like if they were changing to the identity in which they felt more comfortable. I felt that this was an important story because I didn't see any of this out in the young adult area. I also feel like it's a game-changing book because it moves beyond the question of sexual identity. You have somebody who may identify with both male and female – almost a third sex. How does that fit in?

GS: Like her late father, Alyx has an interest in science and biology. Would you say that that is connected to Alyx's own personal biology issues?

BB: Definitely. That was an intentional thread in the novel. In the original draft (of the novel), there was a good deal of anguish that the father had gone through. The truth was that the father favored having a male child, but the father also didn't want the child to suffer. Historically, many children born with visible ambiguous genitalia are made into girls at birth. This has been the medical practice with the belief that their lives would be easier if their lives were female rather than constructing a male body late in life. This hasn't always met with success. They say that statistically, 80 per cent of intersex people are generally satisfied with their assigned gender at birth. With Alyx, she wasn't satisfied with that. I wanted to write the story because it takes it further, even, than the transgender issue. Here is a child, who is neither male nor female, experiencing a lot of what a transgender teen would go through, and cannot prove what they are.

GS: Earlier you mentioned that you know something about basketball and Alyx plays basketball, even making it onto the team at school. Would it be fair to say you are a basketball fan?

BB: [Laughs] Yes, and I played in high school. In a way, basketball saved my life. It gave me a place to fit in. It gave me something that I was good at. I'm dyslexic. I was never a stellar student. When I used to tell people that I wanted to be a writer, they laughed. No one could ever read my writing and still can't to this day. I love the game and I played for Brookfield Central High School in the Milwaukee area. I was All-Conference my senior year and received a scholarship to attend Creighton University in Omaha, Nebraska a few years after Title IX insured that women could also receive scholarships and played Division One one year. Then I blew out my knee – that was the end of my basketball career [laughs]. I also coached girls teams around the Madison area. I think it's a great game. I wanted to give Alyx something she was good at where she could forget about all of her troubles. It would be on the basketball court because then it wouldn't matter what her body was. She could feel her oneness with the ball.

GS: Bullying is also an integral part of the story.

BB: I believe that bullying is epidemic. This is a subject near and dear to my heart. A nephew of mine by marriage, from California originally, took his life in January 2012. He was a young gay man. After he took his life, I decided I needed to do something for LGBT youth in terms of suicide prevention. The statistics were awful when I looked at our young adults who identify as different. They are often subject to bullying. In many suicides, bullying was given as the reason these young people decided to take their lives.

GS: Do you foresee writing more about Alyx in future books?

BB: At this time, I'm working on finishing up another book. I'm not sure what my next project will be. I left the ending (of Double Exposure) open not necessarily to write a sequel, although that's not entirely out of the question, but because I always like to have a happy, redemptive ending. I don't want to drag people through difficult situations and then hammer them at the end [laughs]. I've read books like that that have taken me weeks to get over. I want them to imagine that Alyx moves on and has learned a lesson about standing in the truth of who she is. She's owned who she is.

GS: If there was a movie version of Double Exposure, who would you want to play Alyx?

BB: Oh, wow, what a great question! So many people have told me that they could see the book as a film. John Green (author of The Fault In Our Stars) has brought a wonderful level of literary writing to the young adult genre. I love that we're seeing films made. Someday Double Exposure will be up there, too. Of course, the way Hollywood runs, it would probably be five years out and we'd have to switch out whoever I pick today. Unfortunately, no one's rolling off the tip of my tongue. But I'll never forget when I saw Hillary Swank in Boys Don't Cry. If it could be somebody of the quality of Hillary Swank, that would be great. I also bet you ten-to-one that we could find a lot of young people who have lived this life who would be happy to play the part.