A Lyric poet: an interview with Lyric Benson Fergusson

I grew up with two amazing gay men who I considered my uncles. 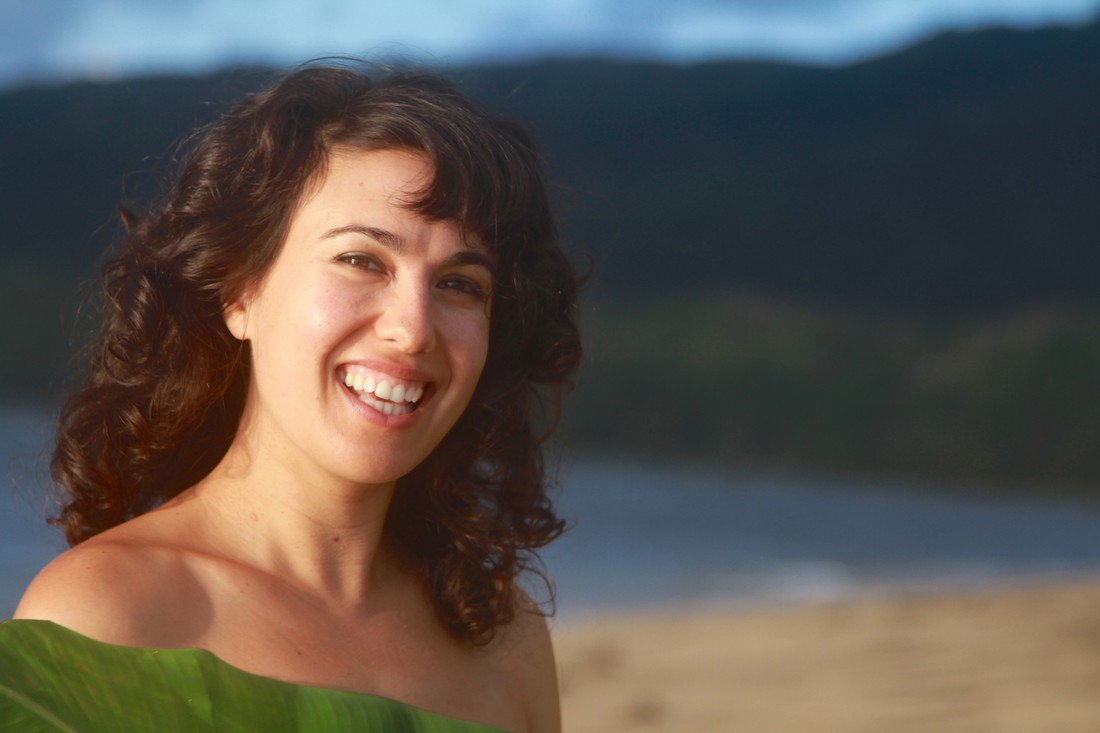 Lyric, daughter of Robby Benson and Karla DeVito, enlightens us

A Lyric poet: an interview with Lyric Benson Fergusson

In her “wildly fun poetry book” French Kissing God: A Journey to Enlightenment (frenchkissinggod.com), Lyric Benson Fergusson has assembled a collection of poems for “lovers of…all denominational Divinity.” The daughter of actor/director/musician Robby Benson and singer/actress Karla DeVito, Fergusson, who has acted and written screenplays, also recorded a “spiritual rock’n’roll album” titled Lyric’s Love Light Revolution. I spoke with Fergusson, who lives in Hawaii with her husband Asher Fergusson, about her book (which would make an ideal gift this holiday season) and more in November 2015.

Gregg Shapiro: You mention that you were not raised with any religious affiliation by your parents, Robby Benson and Karla DeVito. Do you think that, when you were younger, if you had wanted to pursue a religious education of your own choosing that they would have been supportive?

Lyric Benson Fergusson: Yes. But, non-dogmatic religious educations are hard to come by—and my parents experienced that growing up. If there was a religious (spiritual) education that assisted me in finding my Highest Truth, I'm sure they would’ve supported me 100%.

GS: In the “My Story” section you write about turning to marijuana to “dull the pain,” but realized that being “stoned from sun-up until sundown” wasn’t the solution. With that in mind, where do you stand on the increasing number of states that are legalizing marijuana for both medical and recreational use?

LBF: Giving patients a choice to use medical marijuana is wonderful. (In terms of recreational use), the issue isn’t if marijuana is legal or not. If a person needs drugs or alcohol to escape the unhappiness inside of them—then right there is a problem that needs to be addressed. Drugs mask the pain. You might have a fun night out, but in the morning you are back where you started, and feel like shit. In my experience it is a false freedom, and not a lasting one.

GS: You talk about the writing that came out of the “four year healing process” that took place during your time of transcendental meditation. Had you done any kind of writing prior to that, say keeping a journal or writing a screenplay?

GS: Who are some of your favorite writers?

LBF: I love John Steinbeck. But I have been the most influenced by books such as Autobiography of a Yogi by Yogananda, and the ancient Vedic Literature which was compiled by countless saints and sages over thousands of years.

GS: Since French Kissing God is a book of poems, who are some of your favorite poets?

LBF: Rabia of Basra and Mirabai. They broke down boundaries in ways that seemed insurmountable for women of their time.

GS: What was involved in your decision to assemble poems into a collection for publication?

LBF: It was the hope that French Kissing God could inspire and bring comfort to others during the trials and tribulations of their spiritual journey.

GS: Having written more than 2,000 poems, what was involved in the process of paring down that number to get to the 100 or so poems in French Kissing God?

LBF: There was no real method to my madness [laughs]! I went through the thousands of poems scribbled in notebooks around my house, and I picked the ones that I felt were the timeliest.

GS: The subject of gender has become an increasingly popular topic at this point in time with more and more people, including Caitlyn Jenner, identifying as transgender. Do you think your poem “God Is All Genders. Now, Woo Me,” is a way for you to address that issue?

LBF: To me, God is all things. If someone is kind and loving, it’s none of my business what gender they associate with. I grew up with two amazing gay men who I considered my uncles. I watch God move through them. I watch God move through a transvestite and a straight woman equally. The Divine takes all forms, while remaining infinitely formless. That’s what the poem “God is All Genders” is about: God is He, She, It, and No-thing simultaneously. Infinity is beyond gender. We are this infinity.

GS: Your mother Karla may figure into more than one poem in the book, but the poem “For My Mother” is specifically directed to her and the “stars that are birthed from the galaxies in her chest.” Has she read this poem and, if so, what does she think of it?

GS: French Kissing God is subtitled “A Journey to Enlightenment.” Do you think enlightenment is attainable for everyone?

LBF: Yes. If a soul is ready to awaken, there is nothing that can stop them.

GS: It’s November and apparently the annual “war on Christmas” has begun, with the recent controversy over Starbucks’ holiday cups, which are solid red except for the Starbucks’ logo, being the first shot. Is there any way to talk sense into religious zealots who take this as a personal offense?

LBF: In light of the recent attacks on Paris, and the many conflicts between religions and belief systems within the U.S., I feel that this “war on Christmas” concept is ridiculous. Where is the perspective? A coffee cup? I love all religions because their core teachings are all beautiful. Wading through mistranslations you can still find the teachings of the inherent unity within all things - love thy neighbor, the kingdom of heaven is within.  But this very real experience of union is so lacking, and the only way to experience unity -consciousness – is to dive within yourself. If I could suggest something it would be to step out of their tiny bubble of fear and meditate. Find the deep stillness and peace within their hearts. Then begin looking at ways to embrace our differences. That is what Jesus, Moses, Buddha, Krishna, Mohamed and all true prophets would have done: make the world better through love and kindness.