Kiesza Makes Sound of a Woman 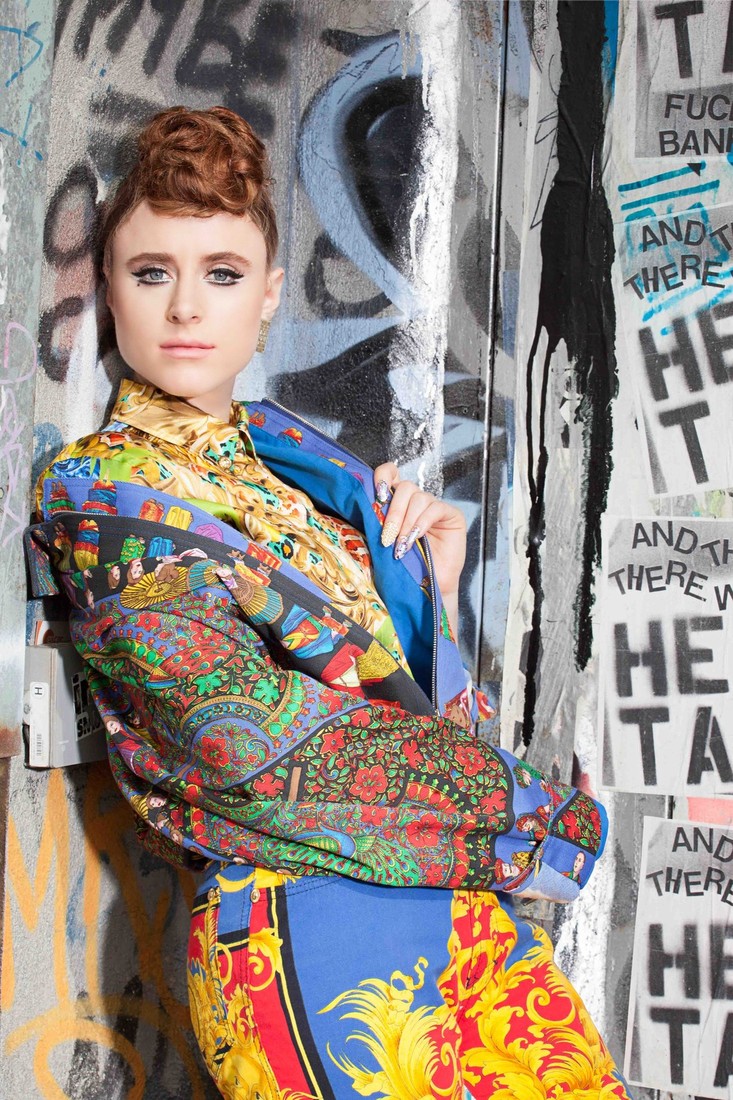 The multi-platinum selling artist Kiesza is heading to Chicago with The Sounds of a Woman Tour. The hit single “Hideaway” has changed the life of this Canadian singer with over 100 million worldwide streams on iTunes. Not only was the song number one on iTunes but the new album Sound of a Woman had a number one debut on the Billboard dance chart. We called Kiesza for a kiki about new music, new projects, and her new headlining tour.

JN: (Jerry Nunn) Hi, Kiesza. Where are you calling from?

JN: How is the tour going with Betty Who?

K: Amazing. Betty Who is a wonderful human being. She has been an added delight to the tour. She's a fun person. She's laid back and friendly. We are both from Berklee. We didn't know each other there but we still have a lot to talk about. She's been wonderful.

JN: How was Coachella?

K: It was crazy and so fun. It was very dusty too. I will bring a bandana next time and cover my face! I did a lot of European festivals last year and not many in the US so I didn't know what to expect. I know I am still a new act in the United States. I didn't know how many people would actually show but the tent was absolutely overflowing. The energy was unbelievable so I definitely got more than I expected. I brought Joey Badass out the for the weekend as well as a surprise.

JN: You didn't run into Madonna did you?

JN: Let's talk new music. Did you feel you were stretching vocally on Sound of a Woman?

K: My voice is very high naturally. I am definitely a soprano. I don't feel I was trying to stretch, I just wrote the music that inspired me and came to me. It is higher but I have a higher voice so my sweet spot is quite a bit higher than the average person. I have to keep that in mind when I think about people singing along to my songs because I know that some of those notes are quite challenging.

JN: Was “The Love” influenced by old school music?

K: Yes, the whole album is quite reminiscent of the early '90s. I like to call it a throwback to the future. It is a throwback but also has modern elements to it. “Hideaway” was the first and has a sound from early Chicago house music. Instead of doing the same thing I decided to be inspired by different kinds of music from the same era so there is some R&B, hip hop, and freestyle, even some of the ballads of the early '90s. I was just playing around and having fun. I didn't really think people would hear this album. I thought it would just be my Facebook friends. It was kind of a side project and an experiment. I couldn't have predicted that it would go so big!

JN: In the video for “No Enemiesz” you did some pirouettes so going back to you dance background.

K: Yes, ballet. I was a ballerina for a good 12 years. I started when I was three years old. When I was 15 I had to stop. It wasn't a choice, it was an injury that prevented me from going forward in ballet unfortunately. Well, fortunately because I wouldn't be doing what I am doing now if that had not happened.

JN: You mentioned to me in a past interview about playing at the gay clubs in Canada. Can you talk more about this?

K: I was directing my career more as a writer behind the scenes writing for bigger acts. I wanted to have side projects and trying a lot of different things out. For a while I was a completely unknown artist with no fan base and no draw in the clubs. The only people that would give me a shot were the gay clubs. I would walk up and tell them I have some music and wanted to perform it. Most people would ask how many people I could bring in and my answer was, “A few friends...” Gay clubs were so open to me coming in and trying things out. They were very supportive even though I have nothing going for me at the time. They wanted to help out.

Even though this was on the side it totally helped me learn to be a performer. I definitely wouldn't be the performer I am today if the gay audience had not been so supportive of me as a complete unknown. When I came out with “Hideaway” and “Giant in My Heart” again they were one of the first audiences to embrace my music. I definitely appreciate it.

JN: I like your song “Take U There” with Diplo and Skrillex. Were you involved in the studio with the Missy Elliott remix of it?

That song was the most spontaneous thing ever. I was in Ibiza for a show. I didn't even know they were going to be there. I knew their music but not what they looked like. They approached me and it was crazy. Skrillex said he loved my music and introduced me to Diplo. Usually it would be me going up to them but it was the other way around. They invited me out to sushi. Skrillex travels with a whole studio set up so his hotel room is transformed into a studio. They invited me to make music with them. They had the idea of starting a project together, which was Jack U. I don't think we had the intention of coming out with anything specifically but we wrote the melody and lyrics for that and they made the music around that. It sounded so good to us that they decided it would be the beginning of Jack U. It was a totally spontaneous moment that started a lot of things. We have had a really good friendship ever since then.

JN: I heard you did something with Duran Duran recently.

K: Yes, that was another random thing. Simon Le Bon, the lead singer of Duran Duran was running on a treadmill in the gym and saw “Hideaway.” You know how they have the TV screens on a lot of them now. He liked my voice. He had a mutual friend name Ron Perry at SONGS publishing who knew me. He reached out to me and said they wanted to work with me. I couldn't say no!

It was another of those spontaneous things so I went in the studio with them. Simon had written the song but it wasn't completely finished so we added some parts for me and finished it up together. The best things happen spontaneously!

JN: I guess so. You have written some songs for Rihanna. Have you met her?

K: No, I haven't. We have been in the same room together at a party when I was completely unknown. She was touring with B.o.B and J Cole. B.o.B.'s manager put out on Twitter that they were looking for local Canadian acts so I told them to check me out. They liked my stuff and asked me to hang out with them so I was close to her.

I really believe in putting myself out there. You might get a “no” a hundred times but you might get “yes” one time. That one “yes” will take you on a new path!

Look for Kiesza and Betty Who together at Metro, 3730 N Clark Street, April 27. Visit metrochicago.com for ticket details.