I’ve been a fan of Wuthering Heights since high school, and Heathcliff was a dark and tortured early role model for me. 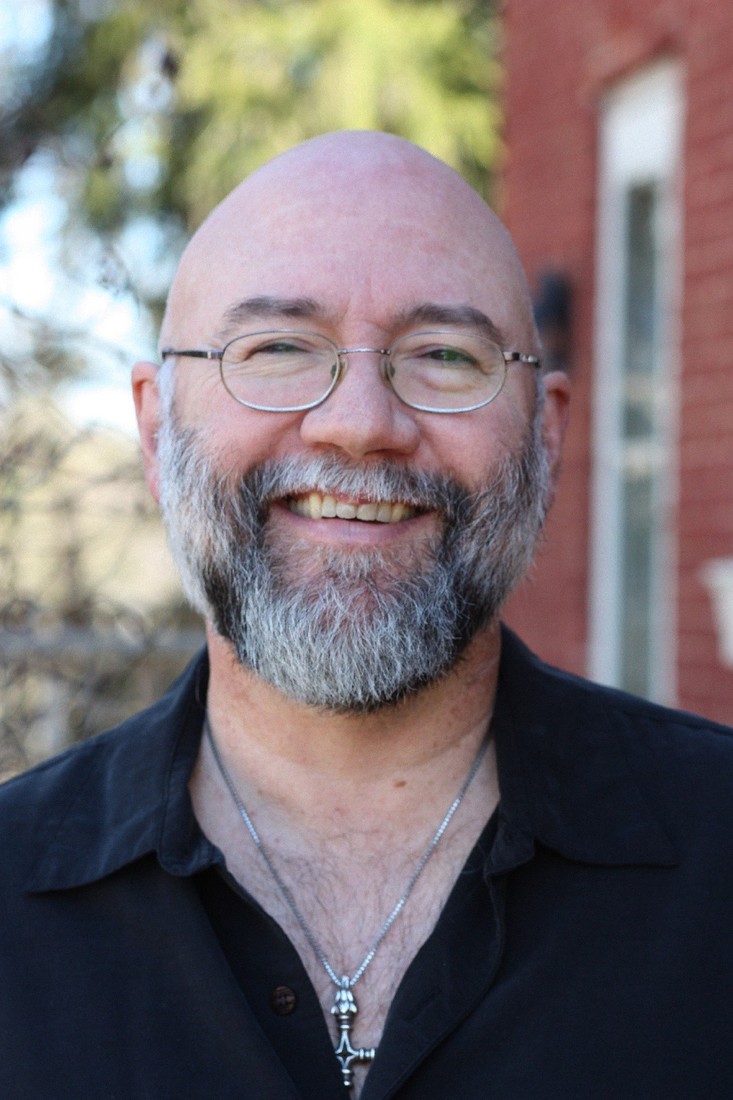 Gay writer and educator Jeff Mann is nothing if not prolific. With the publication of his new novel Country (Lethe, 2016), and two more forthcoming 2017 titles, Mann has written 17 books and contributed to more than 100 anthologies. The timely Country is a fictional examination of what happens to the life and career of country music superstar Brice Brown when he is outed as being gay. Along the way on his journey, Brice comes up against outspoken and occasionally violent opponents, unexpected fans and supporters, unscrupulous journalists, hateful religious fanatics, and, ultimately, a young gay man named Lucas, whose own traumatic life experiences put Brice’s into perspective. I spoke with Mann about the novel at the time of its publication in the fall of 2016.

Gregg Shapiro: Considering the way journalists are portrayed in your new novel Country, Jeff, I’d like to begin by thanking you for agreeing to do this interview.

Jeff Mann: [Laughs] thank you for conducting this interview. I appreciate anyone who helps publicize my writing. I’ve only had positive experiences with journalists, but I’m pretty sure the pushy, nasty sensationalist reporters that my protagonist encounters in Country are realistically portrayed. Luckily, none of the books I’ve published have led such aggressive folks my way. The closest I’ve gotten to such meanness has been hate mail from homophobes.

GS: Country is set in 1997. Is that intended to be a means of measurement for how much (or how little) things have changed in regards to being a queer musician in Nashville?

JM: I set Country that far back in time in order to increase the conflict and tension. These days, it appears that Nashville is a little more accepting of LGBT folks than it has been, so I deliberately chose a time period in which my protagonist would have an enormous and hostile backlash to deal with when he’s outed. Plus, I wanted to write a little tie-in to my novel Cub, and the dates of 1997-98 allowed me to do that.

GS: After Brice is unceremoniously outed in Nashville, he heads home to Hinton, West Virginia, which also happens to be where you are from. Is it important to include your home turf in your work?

JM: I’d depicted Hinton in a previous novel, Cub, though more of it appears in Country. Most people have a conflicted love/hate relationship with the place they call home, and I’m no exception.

When, in high school, I realized that I was gay, I hated and feared the place, which was just as conservative, fundamentalist, and homophobic as you might imagine. A coterie of lesbian friends helped me keep my sanity till my escape to college. As a student at West Virginia University, I began to miss my family and appreciate Hinton more, enjoying the rare weekends home, plus the summer breaks there. When I moved to the suburbs of Washington, DC, in the fall of 1985, in search of A Big Fat Queer Life in the city (something most rural queers dream of), not only did I not find that life of erotic popularity and excess, but I realized how much I missed Appalachia and the South, and how much I detested the crowds, rush, and noise of cities. I also realized how much of me had been irrevocably shaped by my native region. So I moved back to West Virginia, determined to learn how to balance both my sexual and my regional identities. It took me a while to do that, but I have.

Since then, my husband John and I have bought the house that I grew up in, which is the same house where Brice takes refuge in Country. I suppose I’ve made my peace with Hinton—though I don’t think anyone there knows or cares about my many publications, which irks my considerable ego. Hinton is beautifully situated among mountains along the New River, and its economy is slowly improving. I still have family and friends there, and I enjoy visiting them about once a month. John and I regularly have what I call Big Queer Convocations—with colorful guests like Miss Ilene Over, my favorite drag queen, and lesbian political theorist Cynthia Burack—during which much booze is consumed and I make big meals, both down-home Appalachian and international. So I might not have found a Big Fat Queer Life in DC, but I’ve created one here in Appalachia.

Brice’s experience of Hinton is much more fraught. At first, he’s a famous country singer whom his hometown is proud of, and then he becomes a famous queer that the town’s ashamed of, so what he gets from Hinton in his vulnerable position is fundamentalist intolerance and harassment.

JM: Brice is very, very, very much like me, at one stage or the other in my emotional evolution. I came to terms with my gay identity far earlier than he did and with much less interior and exterior conflict, but the rest of him—his hot temper, foul mouth, sex drive, redneck defiance, physical build, narcissism, depression, hard drinking, protectiveness, creativity, loyalty, and enthusiasm for good food—that’s all me.

GS: Is the LGBT safe space run by Mr. Philip in the novel based on a real place or is it something you created for the purpose of the story?

JM: My publisher, Steve Berman, gave me the basic plot for the novel back in October 2014, and a compound in West Virginia was part of those notes. I turned it into an LGBT safe space. The physical details of the place are based on a gay-owned guesthouse in West Virginia that John and I used to enjoy for weekend getaways.

GS: In chapters 16, 44 and 51 there are lyrics to some of Brice’s song. Was it fun for you to create songs for the novel?

JM: It was fun [laughs]. I began writing poetry in high school, and I’ve since published poetry in loads of literary journals and anthologies and in five collections of my own, but I’ve only written one or two songs. Songs tend to have a rhyme scheme, and I tend to write in free verse, so creating the song lyrics was a minor challenge.

GS: Did you also hear the music for the song when you wrote the lyrics?

JM: Not really, but I did create a guitar tuning—“the Lucas tuning,” I call it in the novel—which is one string off from an alternative tuning created by Joni Mitchell. I became a devoted fan of Mitchell way back in high school and taught myself to play acoustic guitar, piano, and Appalachian dulcimer in order to duplicate her music. I still play those instruments occasionally and fool around with Mitchell songs and country songs when I have the time.

GS: Are there plans for there to be an accompanying CD or MP3 of Brice’s songs available?

JM: I doubt any of that will occur, though anything’s possible. I have created some chords in the aforementioned Lucas tuning, and I could certainly create chord sequences and melodies to match the sets of song lyrics in Country. That would be great fun [laughs]. I simply haven’t taken the time to do it.

GS: In chapter 29 you write "never underestimate the power of rural homophobia." Do you think there will come a time when that isn't the case?

JM: I don’t know. As Cynthia Burack, my political theorist friend I mentioned earlier, makes clear in her book Sin, Sex, and Democracy: Antigay Rhetoric and the Christian Right, most homophobia is fueled by religious attitudes, and such attitudes tend to be more conservative in the country. Plus human beings seem to be programmed to fear difference, and LGBT folks are a pretty small minority, so I suspect that homophobia will always exist. That said, many rural communities are coming to be accepting of queers, and more and more LGBT people are making their lives in rural settings. That seems like valuable grassroots change to me.

GS: In the same chapter, you make reference to "Wuthering Heights in West Virginia." Is that how you envisioned the story?

JM: To some extent. I’ve been a fan of Wuthering Heights since high school, and Heathcliff was a dark and tortured early role model for me. Certainly both protagonist Brice and love interest Lucas have good reasons to be tortured, and I can relate, having a certain tormented streak in me as well. Country is about torment and suffering—how hard life can be, so much harder than any of us are led to believe in our youths—but it’s also about a theme I worked out in my Civil War novel Salvation and in my upcoming novel Insatiable—how life’s pain, loss, and difficulty can be handled with stoic strength, but, just as importantly, with the help of a clan of solid, caring friends, lovers, and family whose support will get you through. I’ve been blessed with that in the past, and I’m blessed with that now.

GS: If there was a movie version of Country, who do you think would make a good Brice?

JM: Oh, damn [laughs]. Well, I had country singer Lee Brice in mind physically, but, to name an actor [long pause], maybe Gerard Butler or Russell Crowe?  Just because I think they’re both hot as hell. They’d have to work up an Appalachian accent, though [laughs].

GS: Who would make a good Lucas?

JM: Country singer Brantley Gilbert was the man I had in mind when I envisioned that character, but to play him on the screen, some fuzzy lean guy like [pauses], how about Colin Farrell or Jake Gyllenhaal?  Again, just because I think they’re top-notch hot. A sex scene between any two of those four would be a dream come true. Butler topping Farrell, or Crowe topping Gyllenhall, oh, yes [laughs]. Thank you for questions that have provided me with such salacious couplings, if only in my mind.

GS: Finally, who do you think Brice would vote for in the upcoming election and why?

JM: Oh, Lord, he’d vote for Hillary Clinton. Like me, he admires and respects strong women with liberal views, and, like me, he recognizes a dangerous, queer-hating fascist when he sees one. No way Brice would ever vote for a fulvous baboon like Donald Trump.