Pulling the thorns from his heart: an interview Buddy Nielsen of Senses Fail

I listen to a lot of country. I think that would be pretty surprising. 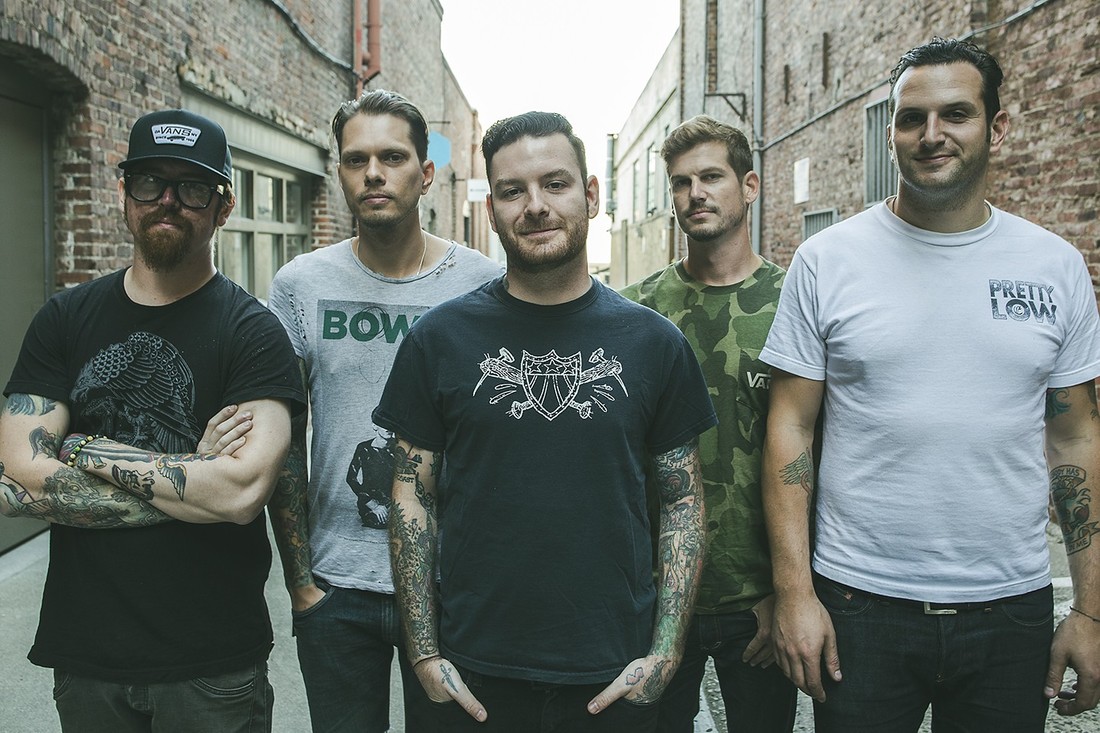 The vast musical tastes of the LGBT community have moved beyond disco and show-tunes, beyond folk music and cabaret. Reflecting that are queer contemporary musical acts such as Car Seat Headrest, Bradford Cox of Deerhunter, Shamir, Courtney Barnett, Perfume Genius and SOAK, to mention a few. Buddy Nielsen of post-hardcore band Senses Fail also falls into that category. Nielsen, who recently came out as queer, is the front-man of a band known for its screamo sound, a style of music at the far end of the spectrum from the above-mentioned artists. Nielsen’s coming out is the kind of act that one hopes will inspire others like him who are fans of his band’s music to feel safe enough to do the same. I spoke with Nielsen, currently on tour with Senses Fail in support of its latest release Pulling The Thorns From Your Heart (Pure Noise), about the band and more. [Senses Fail performs on Nov. 20 at House Of Blues in Chicago.]

Gregg Shapiro: Buddy, I’d like to begin by asking you about the genesis of the name of the band Senses Fail.

Buddy Nielsen: When I was in high school I took an Eastern Philosophy class. I was introduced to Hinduism and Buddhism and Taoism and Jainism and all sorts of Eastern thought. It really spoke to me. I pulled (the name) out of a mix of some of the things I’d heard about Hinduism and Buddhism and the unsatisfactory nature of life. Of the main tenets of Buddhism is that material things or anything you can grasp onto is ultimately going to disappear, leaving you some level of pain and hurt from it. Sense Fail spoke to this transcending of what our reality is. A transcendence of that limited viewpoint; which is the way we live our lives is directly through our five senses. That’s how we get all of our information. Even our sixth sense, which is our mind, categorizes things. It spoke to me because at an early age I had a traumatic experience and went into a dissociative state. I didn’t feel like I was in my own body. A lot of my life I was never really able to feel comfortable in my own skin. It was a reference to that, as well. The failure of those senses was something I experienced quite young. That’s where the name comes from. When I found Hinduism and Buddhism in high school it resonated with me.

GS: In terms of the band’s sound, was it always the plan for Senses Fail to be a hardcore metal band?

BN: It started off a little dark, a little heavy. Then we had some success with some of the more poppy, catchy stuff. That’s what was going on at the time. We morphed into more of a rock band with some heaviness to it. But mostly a poppy rock band. Then, over the last three years, we’ve morphed into more of a hardcore sort of heavy metal act. There was no plan. Everything was pretty natural.

GS: Is there a band, an artist or a style of music that you listen to that might surprise your fans or the fans of Senses Fail?

BN: I listen to a lot of country [laughs]. I think that would be pretty surprising.

GS: Do you mean old-school Nashville or insurgent country?

BN: I really like Waylon Jennings and Merle Haggard; outlaw `70s country. I also like new pop-country, too. I like Brad Paisley and Kenny Chesney. I really like Darius Rucker from Hootie and The Blowfish. I think he’s great.

GS: Buddy, you recently came out as queer. What was the reaction from your family?

BN: It was very positive. I think it’s just confusion, honestly. I think a lot of people aren’t really educated about the more less-known identities within the community. I feel like people have become educated on certain things, while they’re less educated on certain aspects. A lot of people didn’t really know what the hell I was talking about. I’m engaged to a cisgender woman. I didn’t live my entire life only being attracted to women. If I had felt more comfortable, who knows if I would have been in a committed relationship with a woman. I think everybody was a little confused about what it was exactly I was coming out for and what I was really saying. Because no one has ever known me to have any other sexual identity; but that’s just because I didn’t feel comfortable being in a relationship with a man or someone gender queer. A lot of my attraction was to gender queer people as well as transgender women. I never felt comfortable exploring any of that, really, so no one ever knew. They were all surprised. One of the first questions was, “Does this mean you are going to break up with your fiancée?” No! Just because I’m coming out as queer, it doesn’t mean I’m going to ditch my committed relationship. In some situations that is the case; but not for me. That’s not what I was trying to do by coming out.

GS: How did your band-mates react?

BN: They were fine. That was probably the easiest.

GS: Do you think that’s because you spend so much time together?

BN: Yes. It’s also because for the younger generation who are involved in this style of music – everybody’s pretty open. It wasn’t that big of a shock and nobody batted an eye. It was like, “Cool! Sweet! Awesome! Congrats!”

GS: I’m glad you mentioned the generational issue, plus the fact that you’re all musicians is an example of the element of openness among artists. Had you or have you spoken with other LGBTQ musicians within your musical genre, such as Laura Jane Grace of Against Me!, Otep, Paul Masvidal and Sean Reinert of Cynic, or Bob Mould, for that matter, about the coming out process?

BN: No, I haven’t really had a chance to. Those people aren’t really available to me. For this, it’s not really like there’s a community. That’s one of my issues and that’s what I’m trying to do and that’s why I’m being so vocal about it. I don’t really feel like there’s a community and that’s no one’s fault. There’s just not that many of us [laughs], especially in this musical genre. Making a community between the artist and the people who are fans is going to give everybody a little more footing to explore what this means and to have a safe place. I don’t really have a place in this music scene. There are a couple of people that I know of, but I don’t know them. It’s kind of a lonely thing. It’s a straight-leaning, masculine music, in general. Indie rock is different and pop music is a little different. But in this underground rock scene, it’s very straight male-driven. That’s not to say there aren’t a lot of advocates. But there’s a difference between advocates and people who identify. I’m not necessarily going to go to an advocate to ask what the process of coming out is, because they’ve never done that.

GS: That’s why I was asking about Laura Jane or Otep who are in similar scenes, but are also very open about who they are.

BN: I’m definitely inspired by Laura Jane Grace. There’s a person who did something even more difficult than me. But I don’t know her and we’ve never met.

GS: Do you think by coming out, you can set an example for other musicians, as well as fans of yours who are struggling with the same issue?

BN: Yeah!  I would hope so. I recently held a little community-building meditation thing where we invited people who identified to share their stories and meditate and meet other people in our music scene who specifically listen to this kind of music. There were people there who hadn’t come out to their families because they didn’t feel safe. Giving people a place where they can voice that is really important. People need a place to discharge this stuff. That’s what I’m working towards; my role of becoming a safe place for people to connect. The internet provides some places for people to connect, but I don’t necessarily think the internet is a great place for people to find safety and connection. I hope that people can gain something from my story. I spent a long time dealing with a lot of mental anguish over something that now, having come out -- I just wish I would have done it 10 years ago. But 10 years ago was a very different time in this country.