Part of my work is making the invisible, visible. It is giving a voice to the voiceless. It's going to where the silence is. 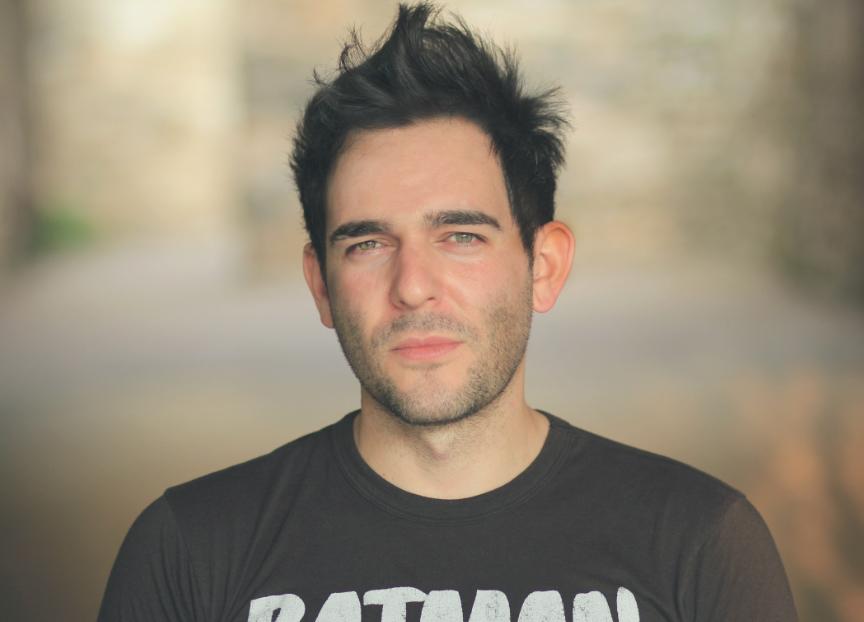 Matthew-Lee Erlbach is a writer, actor, playwright and filmmaker who grew up in Chicago, whose work largely focuses on erased histories and the impact of technological revolutions on capital, labor, race, spirituality, and democratic movements.

Erlbach, an active advocate for the Arts Economy and Arts Workers, is working tirelessly around the clock calling Senators nationwide to get them to sponsor The Dawn Act (Defend Arts Workers Now), the only comprehensive Arts Worker Relief Bill in recognition of the Arts and Culture sector’s $877 billion contribution to the U.S. economy.

He is also one of the co-organizers of Be An #ArtsHero, a 100% volunteer run organization that's an intersectional grassroots campaign comprised of Arts & Culture workers, Unions, and institutions in the United States pushing the Senate to allocate proportionate relief to the Arts & Culture sector of the American economy.

He's written for "Masters of Sex" (Showtime), "Gypsy" (Netflix), "We Are The Champions" (Netflix), and for WWE, MTV, and Nickelodeon. He is currently writing on a new feature with Rainn Wilson; he is also the writer/director of "Human Interest," which just won "Best Digital Short Series" at SeriesFest.

MI: (Matt Inawat) Matthew, you've had a super busy summer trying to get senators to sponsor the Dawn Act (Defend Arts Workers Now Act). Can you share a little bit about the bill and that entire effort?

MLE: (Matthew-Lee Erlbach) The bill kind of came about accidentally. I wasn't setting out to do that. I had written this open letter to the US Senate and it started garnering all these signatures. I think we're about 17,000 right now from the leaders of every major arts organization to the Hollywood celebrities; Pulitzer, Oscar, Tony, Emmy winners, Pulitzer winners and it was like, wow, this has really become a rallying cry.

And so I used the letter as a key to open up doors to Senate offices and start getting meetings with chiefs of staff and economic policy advisors, legislative aides, and correspondents, anyone I could. And so we all, the whole Arts Hero team, started getting on these calls; and talking to them about what was at stake in their districts, in their states and in the country.

Each state has about a billion dollars in their arts economy; in Illinois, it's $30 billion, in California it's $230 billion, Texas $46 billion. So, we're big business because we're local business and we were just talking numbers to them. We're not talking about arts as a huggy, feely, thing, which it is. We live it, we do it because we love it and it's the expression of our humanity, but the arts have a story problem, ironically in government. And so this is about telling the economic story. So the bill came out from having these meetings and them saying "this is really great, do you have any billing language?"

They're like, "look at existing bill templates, you don't have to reinvent the wheel." And so we expanded on the deficiencies of current legislation and we wrote the bill summary, which was the DAWN Act, Defend Arts Workers Now.

There is no American economic recovery, but by the light of DAWN: this is a Dawn for our country, it's the Dawn of new alliances within the arts and culture sector. And it's a Dawn for arts policy. It's a new day. And so I wrote the bill summary and started getting provisions from our partners across the country, arts leaders and institutions that represent Indigenous, Latinx, African-American, differently-abled, and LGBTQ communities. We asked, "what are the problems in the last relief package that need to be addressed in the next one?"

And so the firework of the DAWN Act became our next mobilizing effort.

MLE: This isn't just about jobs for the artists. This is about custodians, stage managers, publicists, electricians, administrators: everyone in the building and everyone in the industry. It's dry cleaners, it's hospitality, it's tourism and retail and restaurants. So, this idea that we are somehow extracurricular - this narrative is destructive to wages and to our industry.

It's like, "you don't understand. You're getting through this pandemic because you love watching Netflix and your favorite shows and listening to music and whatever." Those are arts workers whose jobs feed their families and keep a roof over their kitchen tables: each TV show is a small business, a real business with real money. That's a company of people, of hundreds, and you're paying for their service, their work. That's labor. We are laborers. So what this is a labor movement. And so what DAWN is saying is we are reclaiming our value as laborers.

MI: So, if someone were interested in supporting the bill, reading more and learning more about the bill. Is there a website that they can go to?

MI: I'm glad you brought up Be An Arts Hero. There's also a current campaign #ArtsAreMySuperpower to energize children and young voices to support the arts, right?

There's one for three different age groups. And we want kids and we want kids and teens to advocate on how to be advocates for things that are important to them. And it's not just having a piano teacher or a theater instructor, a dance instructor. Those are jobs. This is labor. And it is dignified.

And so we require to be treated like labor. And so when you have young people who are in these programs that change their lives to recognize that there's an economy around that, and to have them write their senators and their congressional reps, that's really empowering for them and for the arts and culture economy at large.

MI: Oh my gosh, yes; this is such a brilliant campaign - a nationwide letter-writing and social media initiative to empower over 6 million children and young adults to raise their voices in support of the Arts!

So can you take us back a little bit and tell us about yourself? You lived in Chicago and were involved in Steppenwolf, what are some of your best memories?

MLE: I love Chicago. I grew up in Rogers Park and in Morton Grove and went to school at UofI, Urbana-Champaign and some of my best memories, the first show I ever remember seeing, I think we got her into the woods. What was it called? Lizard Music, that's what it was, Lizard Music.

And it was just magical. And every time I went to the theater, it was magical. So that was the stuff that really conjured something just creative and exciting and imaginative for me. And then going to Second City. Second City and Steppenwolf were really the places I wanted to go to every moment that I could. It was so alive!

I didn't go to church growing up, but I imagine it's a similar reason why people go to church or temple or their mosque, because there's a life force in that building. And so for me, this was a secular church for me to go to and it was vibrant.

So, I worked at The Alley for a long time in between high school. And then at Loves Yogurt at Orchard Mall and literally spent every moment I could in Boystown and Wicker Park, Logan square.

I remember the first march I ever went to was for Matthew Shepard. I think that was 1997. And it was a really big moment for me. It was really difficult and also really hopeful seeing this community gather around him. I'm part of this community that is awake and active and learning what that meant.

MI: Since then, you've become such an accomplished writer, writing for HBO. You've written for a few networks -- and I read WWE as well?

MLE: I was at WWE for a little bit and then at Nickelodeon.

MLE: I've been all over.

MI: You mentioned our Boystown community. How has being openly bisexual influenced your writing or body of work?

MLE: Many of us grow up learning to keep a secret. And so you look at the world through this cracked lens and pivot to survive. As I got older I got clearer about who I was in the world and how heavy that baggage was. Pretty soon, I realized I had inherited this history and had a responsibility for it; to be an ambassador for it. And part of that was also realizing how obsessed people were in defining me or a community that had absolutely nothing to do with them. People are fighting for their very existence, literally, life or death. What about that is so threatening?

I think it's because this country is so afraid of intimacy and love. I really do. And sexuality and gender. And so we're rewriting social contracts. And so part of my work is making the invisible, visible. It is giving a voice to the voiceless. It's going to where the silence is. That is the life of my work and the work of my life.

MI: I just love the way you put that all together! So post-COVID, what's your next project?

MLE: I have a movie that I'm writing with Rainn Wilson and I have a TV project with a former SNL star. There's a show that I wrote that's premiering on Netflix next month and yeah. And then various other stuff as well. And then obviously becoming an accidental lobbyist.

MI: What show should we be watching out for?

MLE: It's called "We Are The Champions." And it's about just really eccentric competitions, but there's a real big heart at its core. So it's like, Oh, competitive frog jumping, or cheese rolling. "What is this? what does it mean to be a champion? What does it mean to work through adversity?" It's a really fun show!